I took the teachers' shuttle bus downtown right after class on Friday afternoon. This worked out pretty good because it dropped me off just down the street from the main bus station. Of course, I had to have some beer and noodles at a little restaurant before I left. Then, after three hours snoozing on the bus, I found myself at the most disgusting binguan I've ever seen. I was too tired to change it, so I just slept in the tiny room with mouldy bathroom and musty smelling blankets. It was only 50 yuan, I didn't argue.

I woke up at around 4:30 a.m. and left as soon as possible. It was so warm and strange feeling in there, I was glad to get out into the cool morning. I walked across town for an hour or so, to what I thought was the bus station for Yaoli. It turned out they had changed it and the bus left from another bus station now. However, a couple of retired school teachers had made the same mistake and were getting into a taxi which would take us directly there.

At first, I wanted to stay at the binguan in the Lonely Planet, but then when she asked for way more money than is quoted in the book, I declined. I found another one a few steps away for 100 yuan and decided that was good enough. I had a cozy little attic with a nice duvet and a view onto the roofs. 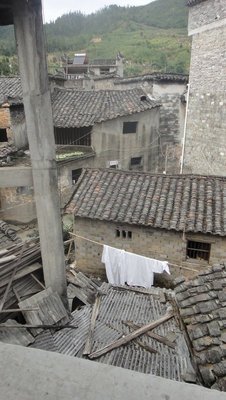 I was too tired to do any meandering at that point, so I took advantage of my nice bed and had a little nap and listened to some podcasts. It was peaceful and nice.

When I got up, it was time for lunch so I wandered around and took some photos of all the little animals and old stuff around town. 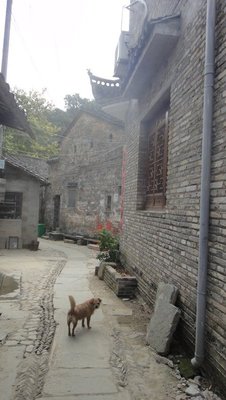 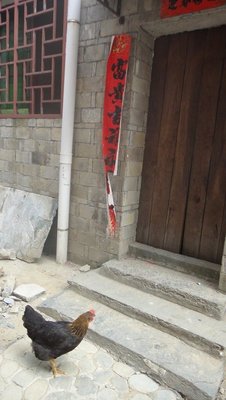 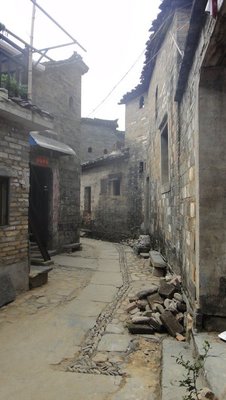 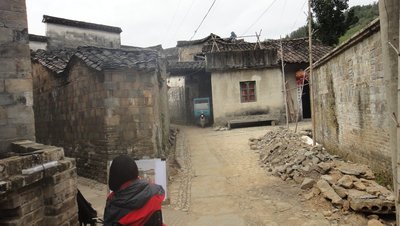 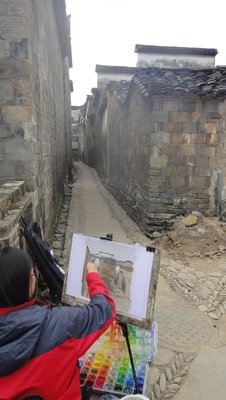 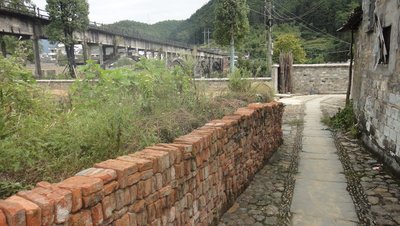 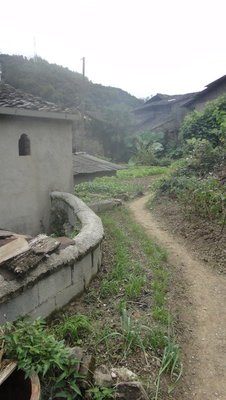 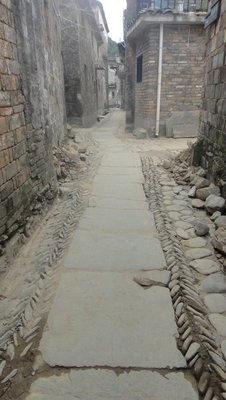 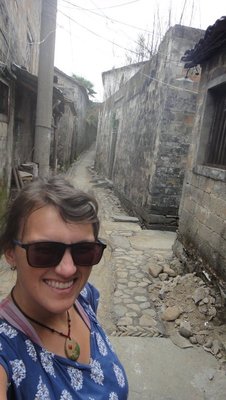 I met some cute art students who were painting there for a whole week. They helped me order some amazing chewy rice cakes. Love them. 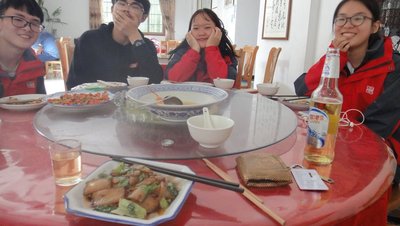 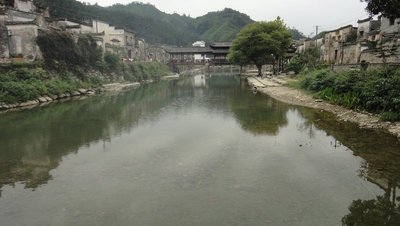 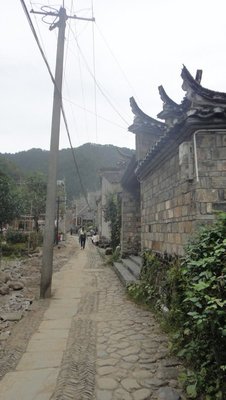 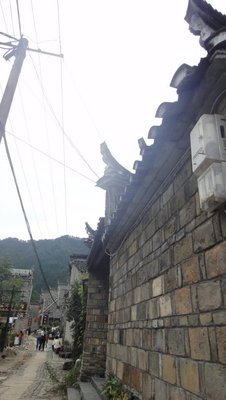 I was still sick so I felt like sleeping some more, and skipping the ancient kiln, 3 kilometres up the road. I didn't feel like buying a ticket and sniffling my way there at all. So I woke up again at night time and saw that the bridge was lit up, that was nice. 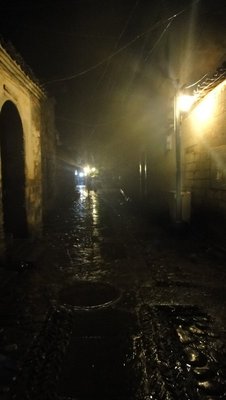 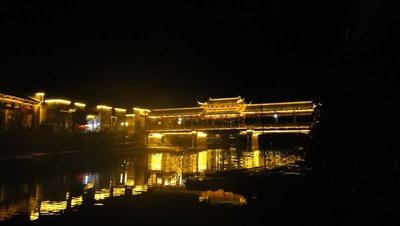 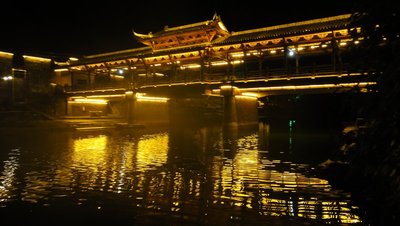 I bought some osmanthus wine. It was made from the flowers that look like this. 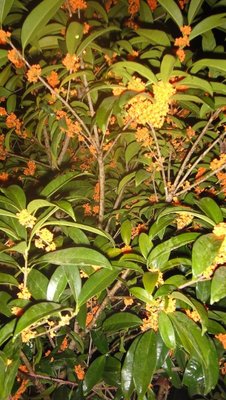 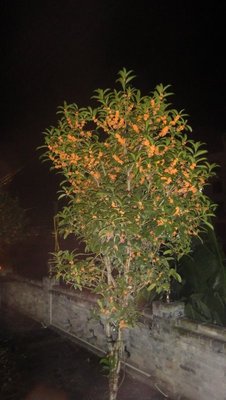 Probably not from that exact tree, but that was interesting. It wasn't very strong but it was tasty.

The next day it was raining like crazy. I took a lot of buses to get back home again. Yaoli is a very peaceful and restful place.

Posted by baixing 19:54 Archived in China