I caught the bus with lots of time to spare and chatted with a French guy who worked in China 10 years ago. The Finnish people were on the same bus, but they were going to Cambodia next. I told them the rest of the story about Gustav, and they laughed. I suddenly felt free as a bird and that I could do whatever I liked again.

The French guy was going to the same place as me, so we hopped on a boat full of other French people, it felt very VIP for a minute. 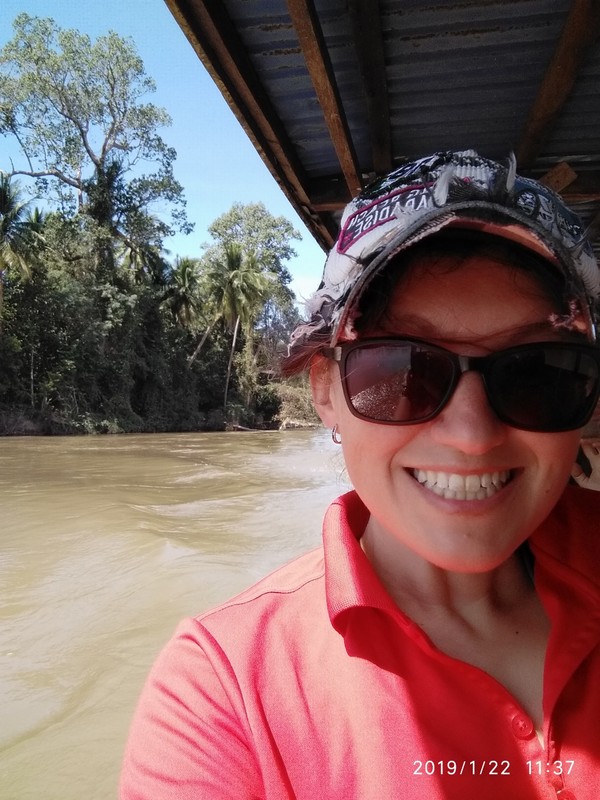 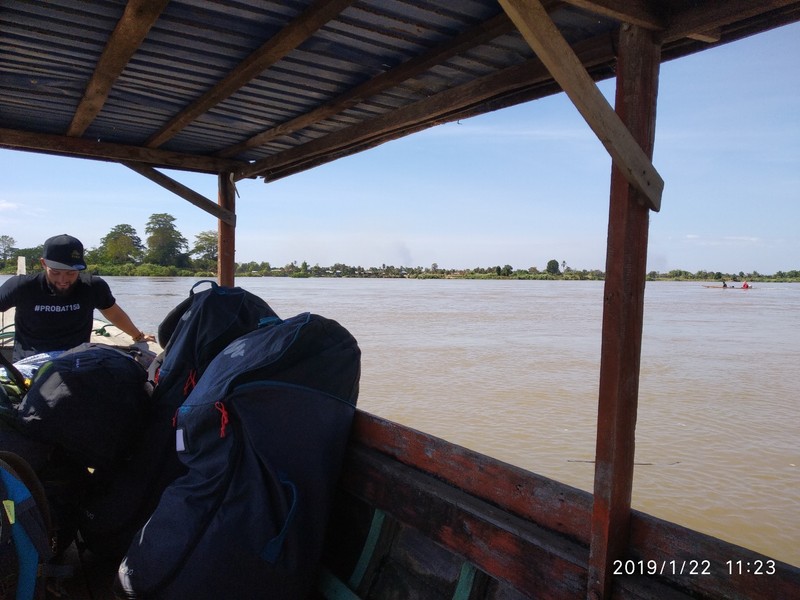 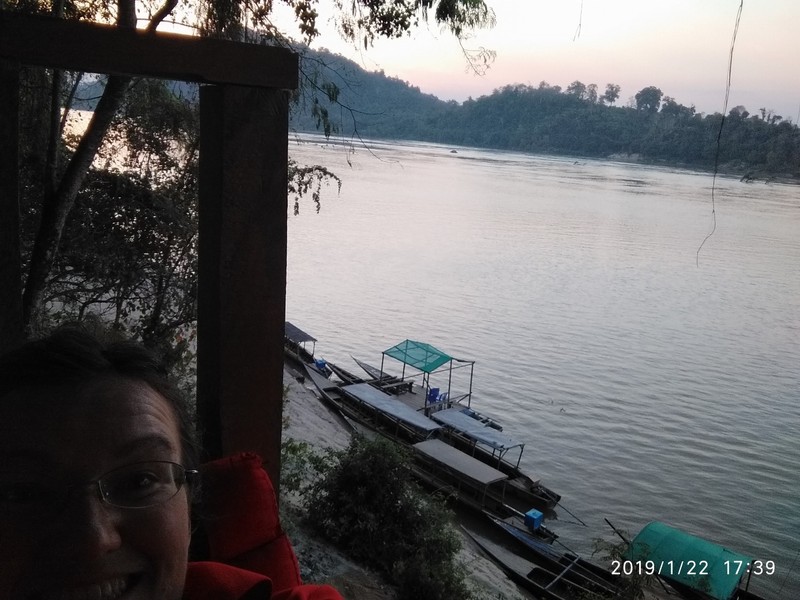 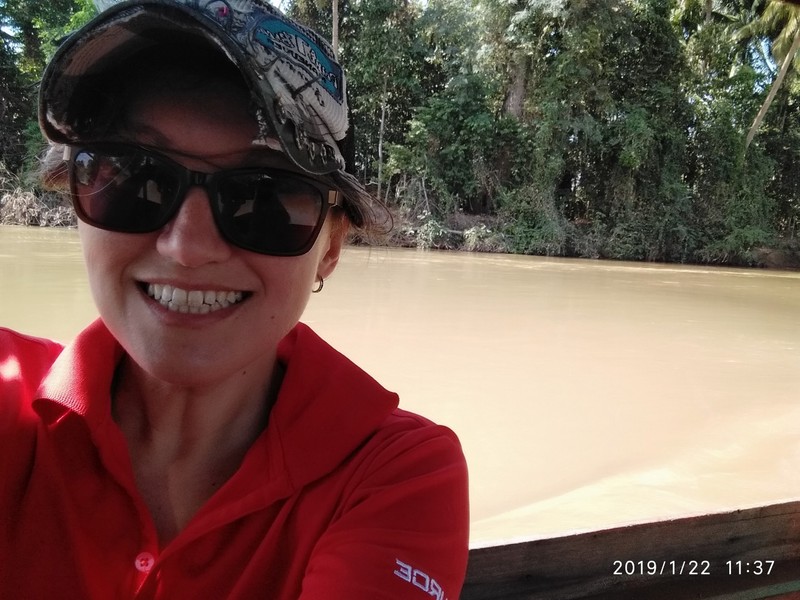 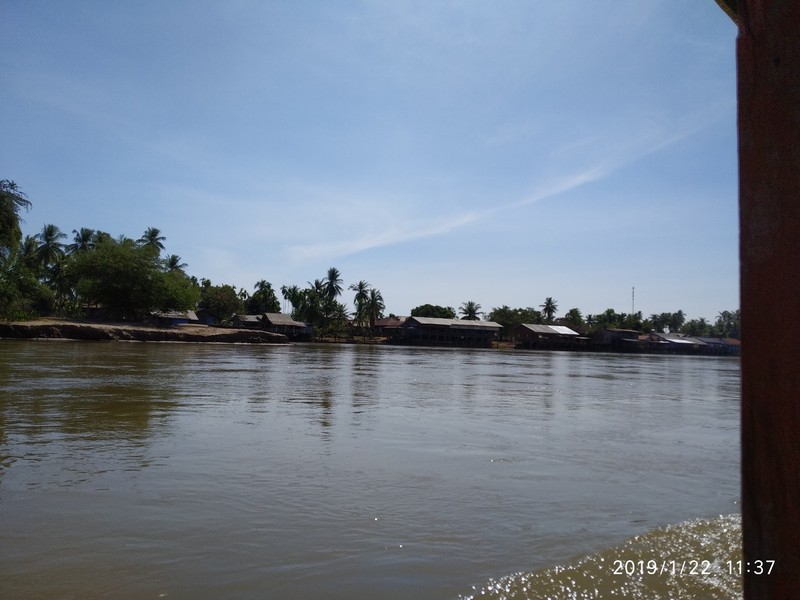 However, I wanted to go to the south part of the island, where there was a homestay. I rented a bike and headed out. A nice Lao man gave me a room with a bed and fan but no shower. That was fine, so I snoozed away the day while catching up on my journal. 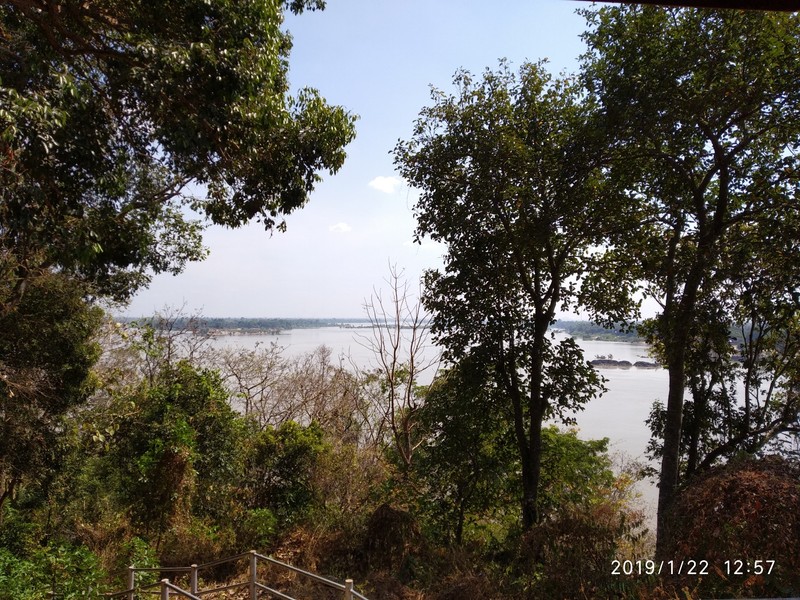 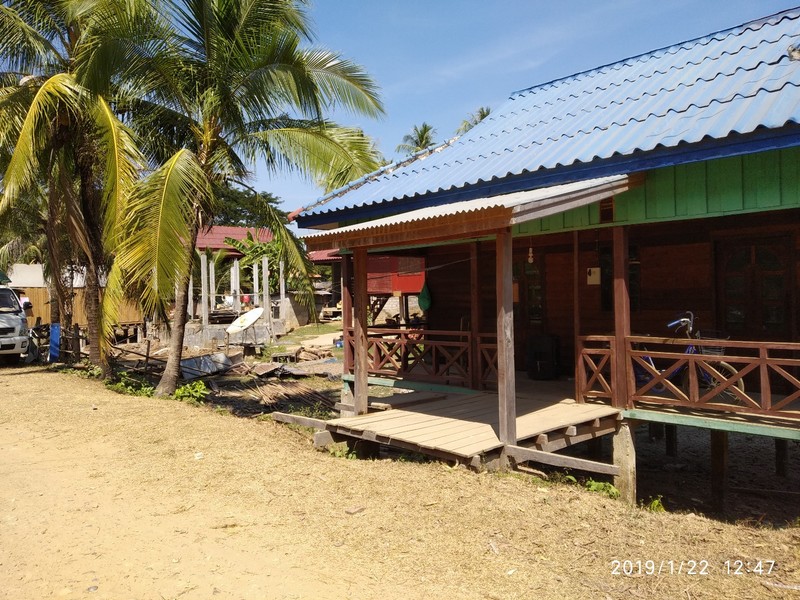 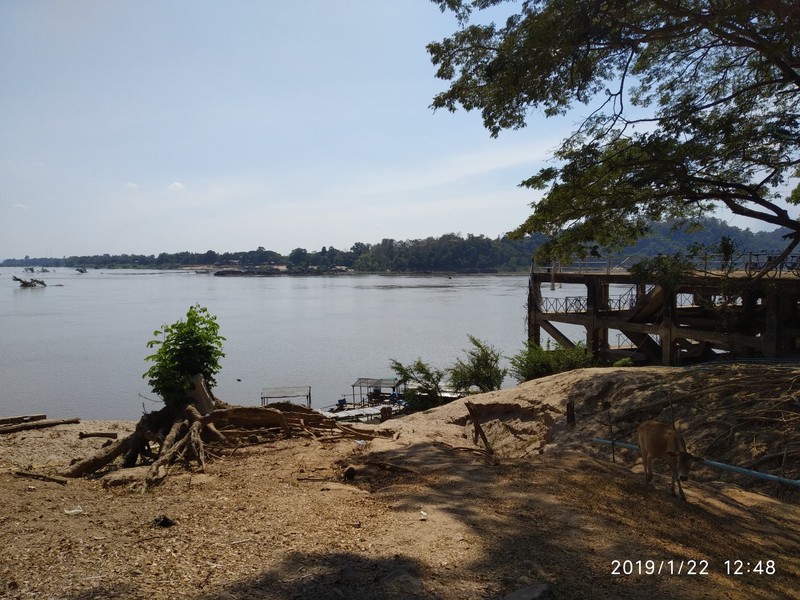 At sunset, I climbed the lookout and had a great fish dinner with sticky rice while lounging by the river. 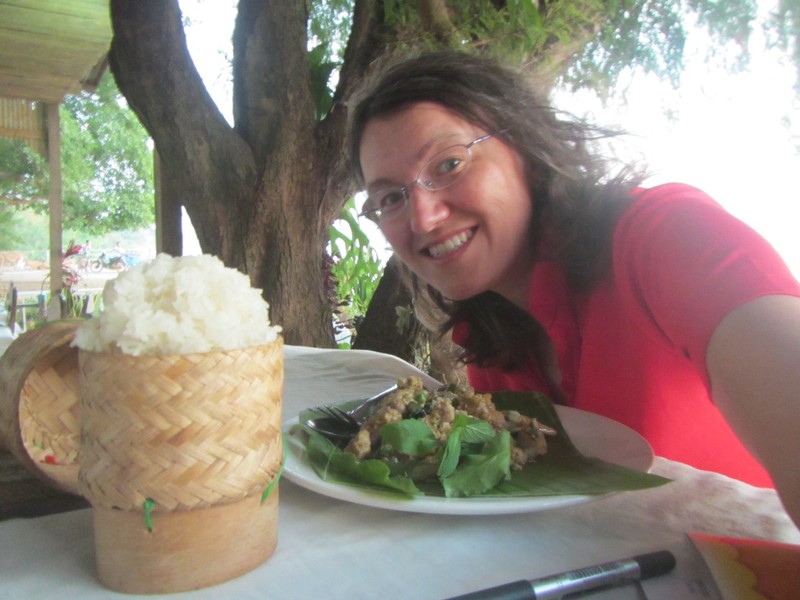 I tried to entice Liz to follow me over Facebook, but she was still doing research for her trip to Myanmar and trying to win back her hopeless boyfriend. 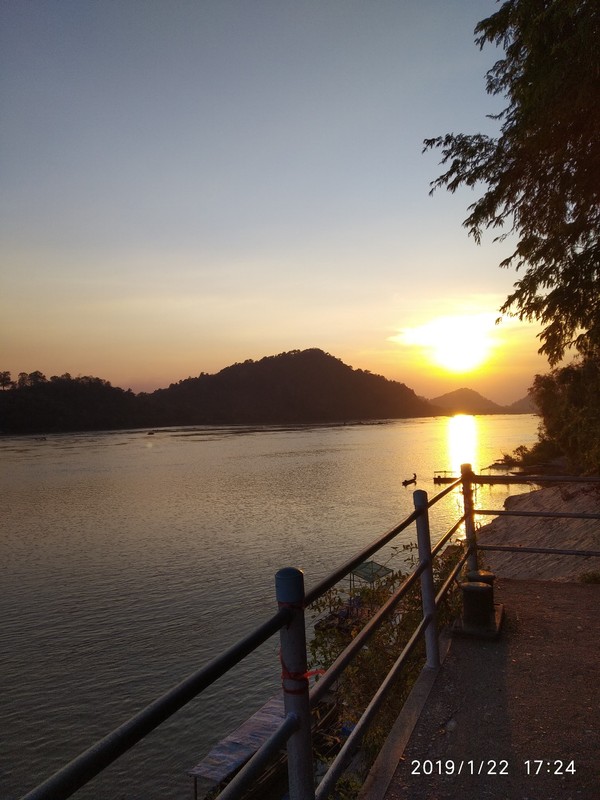 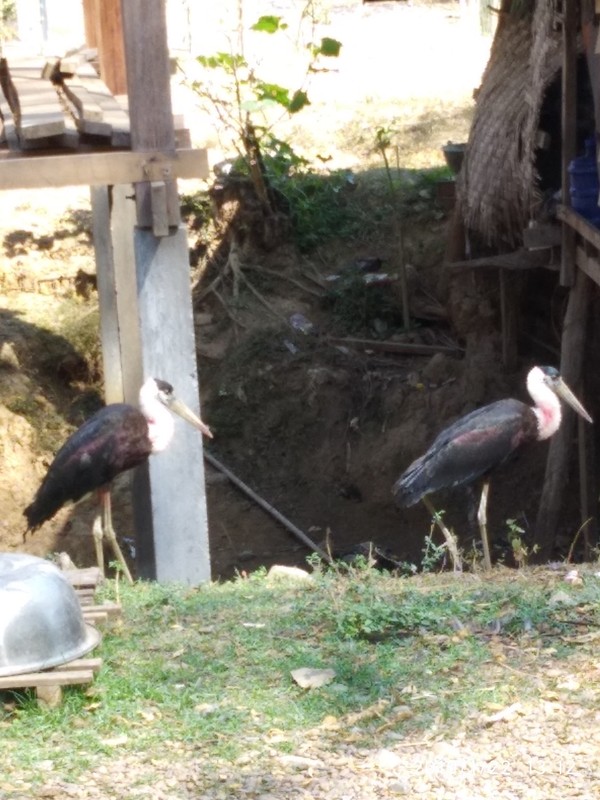 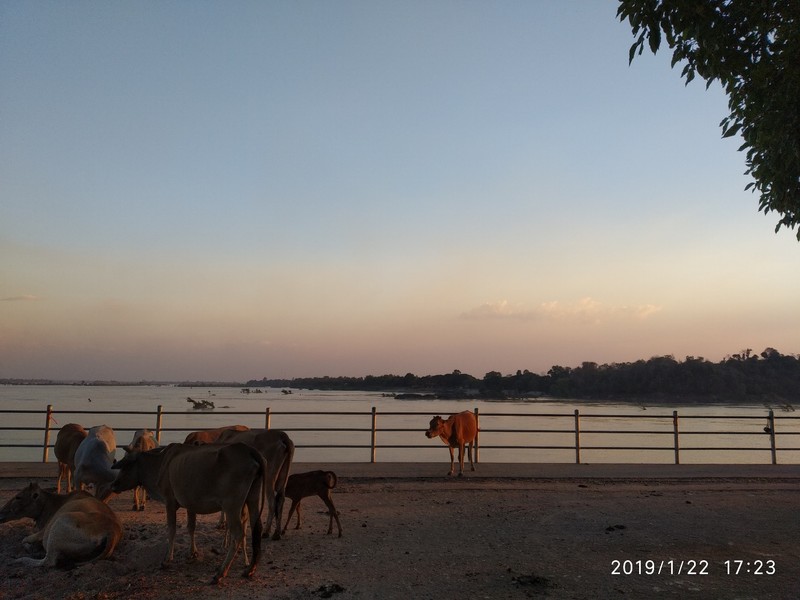 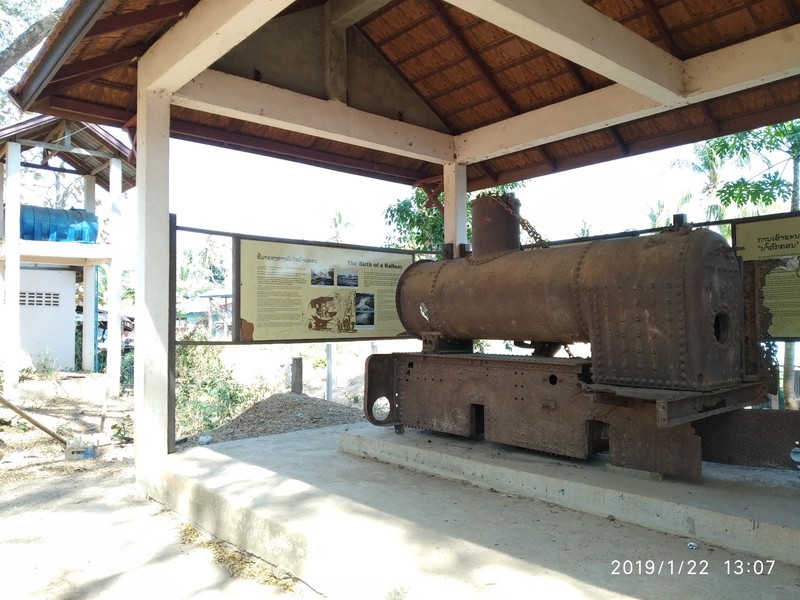 As soon as I woke up, I was ready to go. 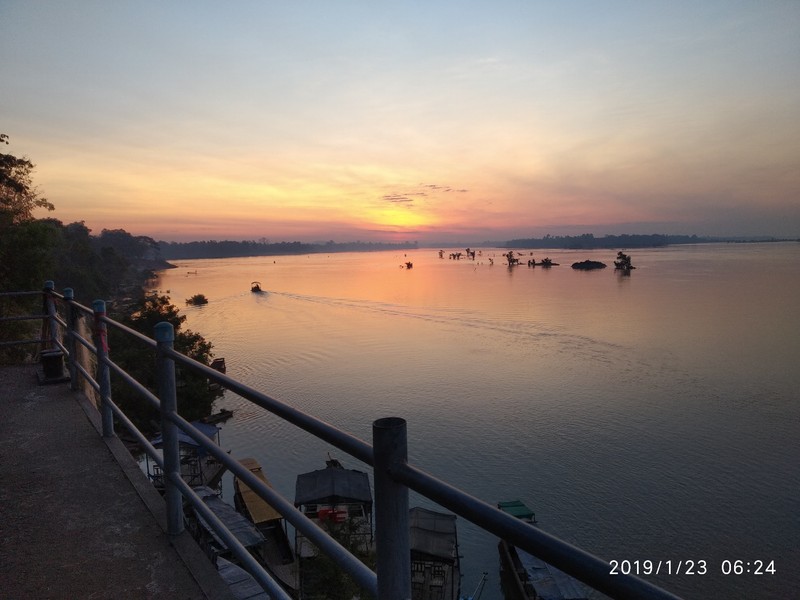 I didn't feel too hungry, so I just went off in search of Tat Khon Pa Soi. I seemed to be getting closer to it. I could hear the rushing water. But there was a collapsed bridge made out of old railway ties in the way. I parked the bike and tried to find my way to the walking trails, but I got scared when I heard what sounded like a big crowd of cows trampling the forest. I got back on my bike and I headed as fast as possible back to town where I knew there was another way there.

At the turnoff, a former economics major, Nick, was also just turning to go the same way on his bike. He was in the middle of a cycling trip around the world, which he estimated would take four years. He was really funny and we spent the rest of the day together, getting lost among the rapids and later having lunch and milkshakes on the riverside beach. 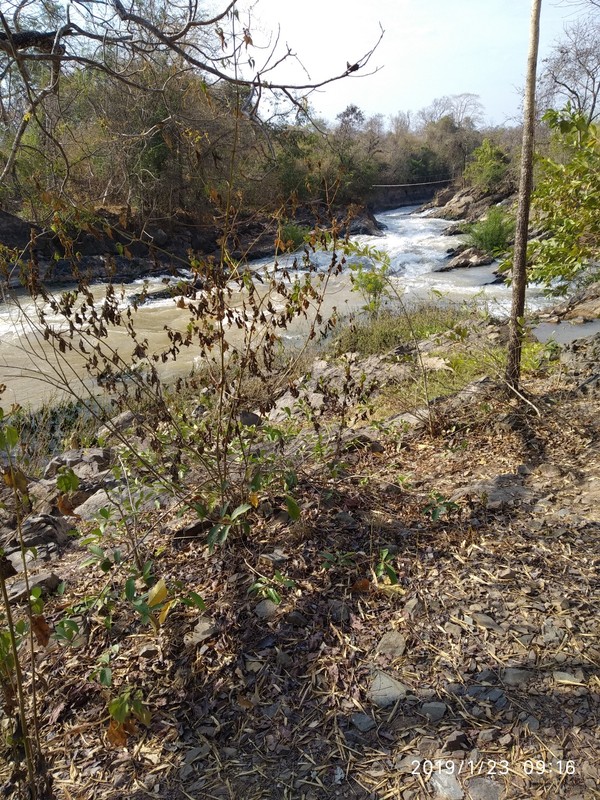 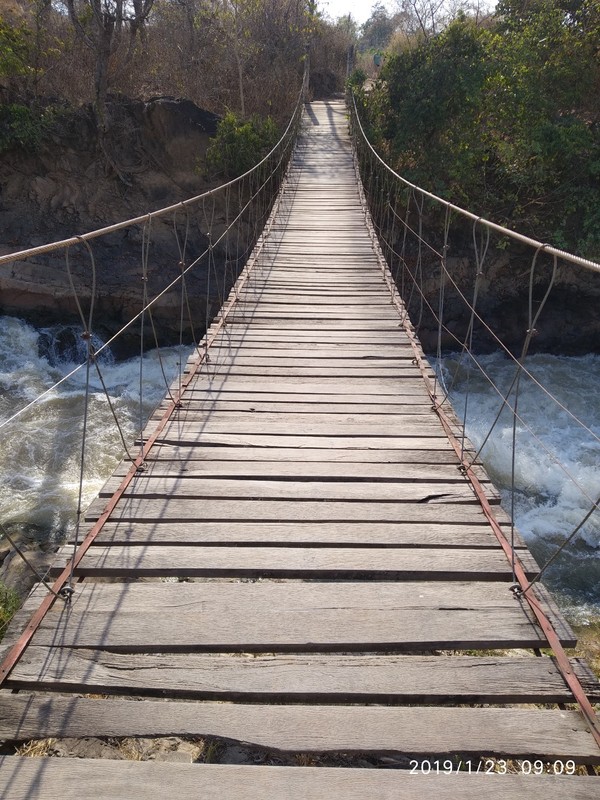 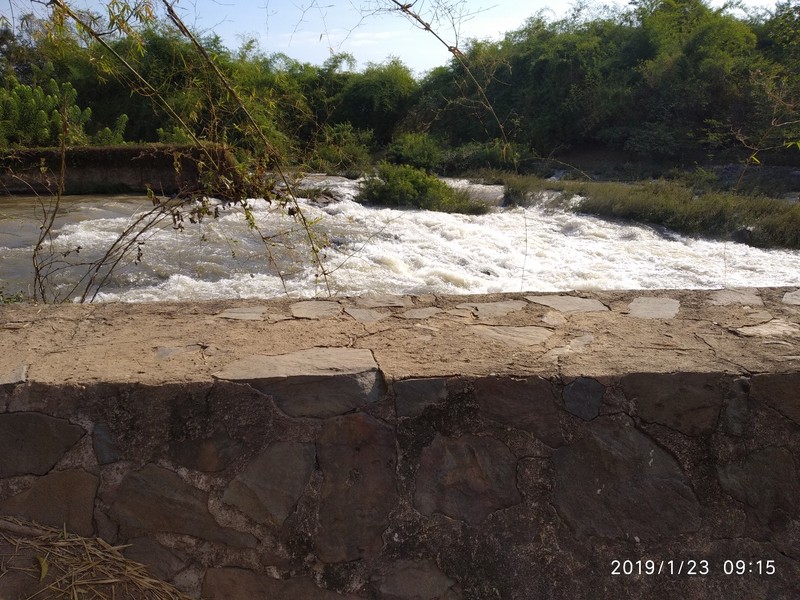 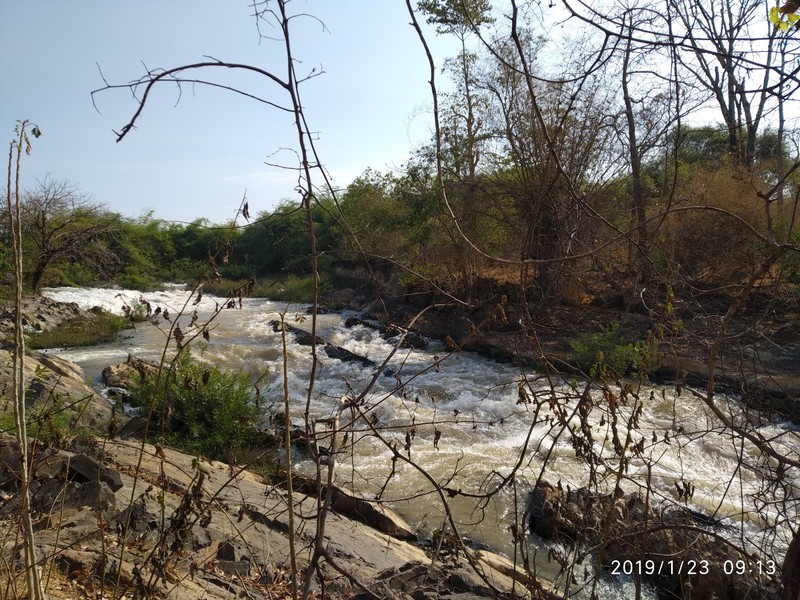 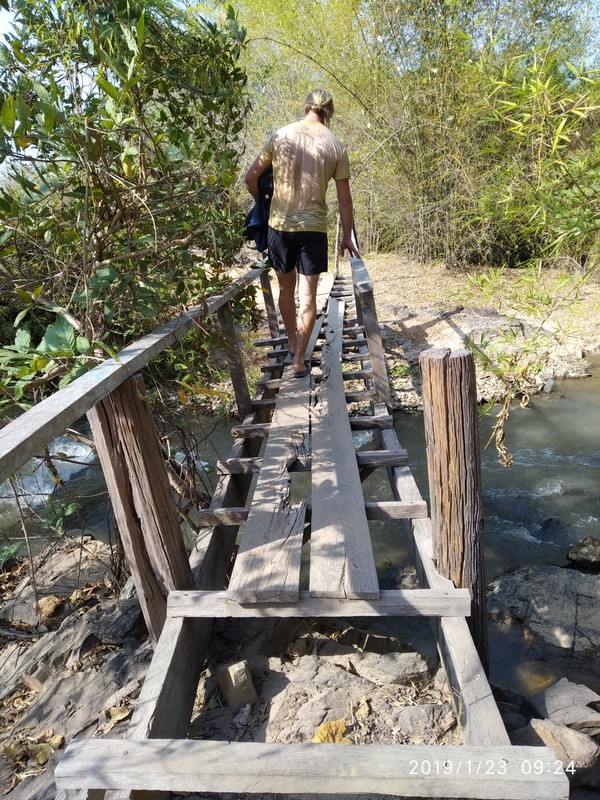 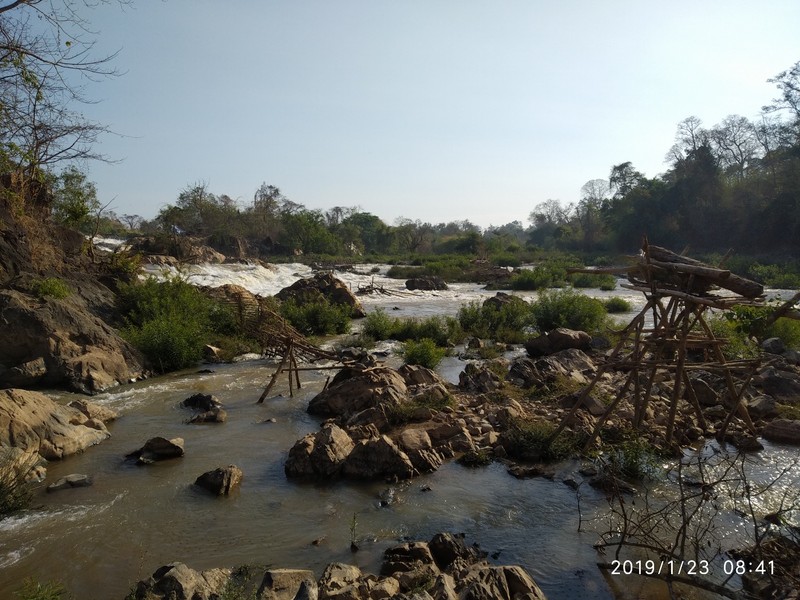 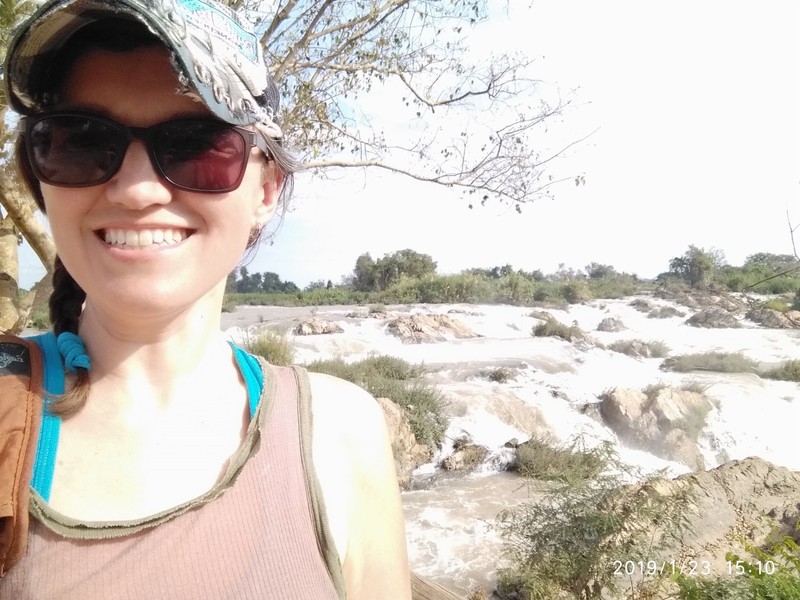 We met a Spanish guy with long dreadlocks who was on winter break from China like me. But he had cycled to Don Khon from Phnom Penh. He was teaching Spanish at a university in Guangxi. I got his email to possibly work there in September. It might be more hours and less money though. We probably chatted for three hours or more while drying off from our quick dip. It was a really fun swim because of the brisk current in the river. 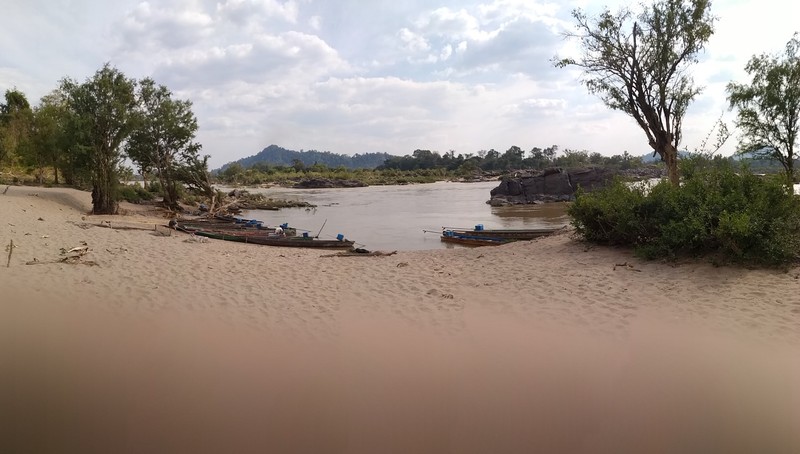 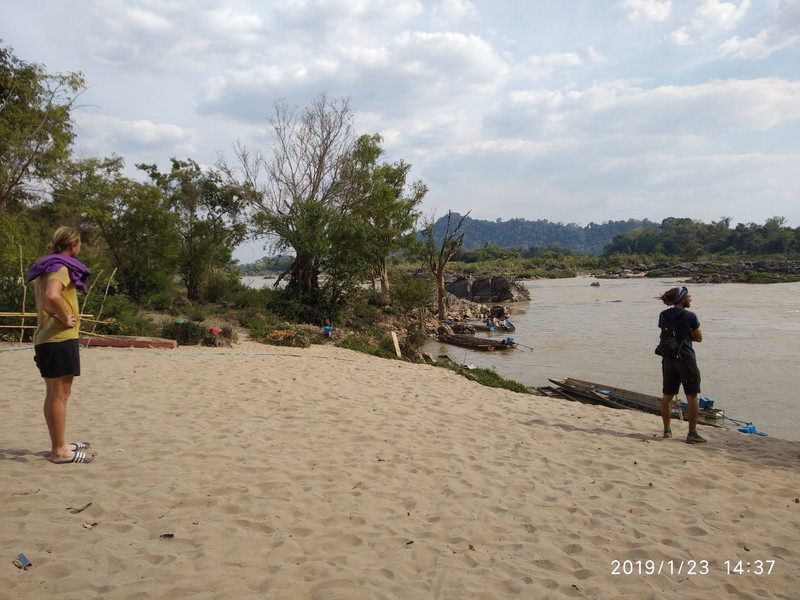 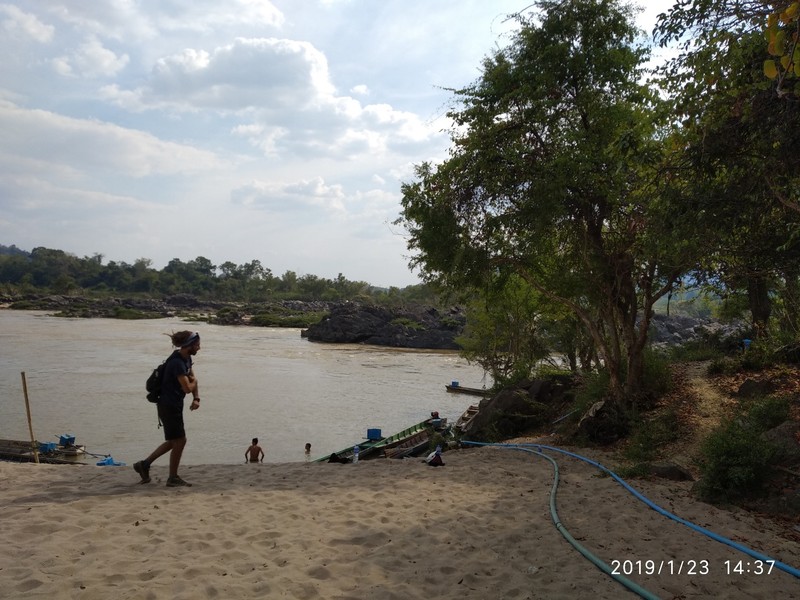 When the sun started to go down, we all went our separate ways. I went to see Tat Somphamit, which really was worth the entrance fee the other two didn't want to pay. 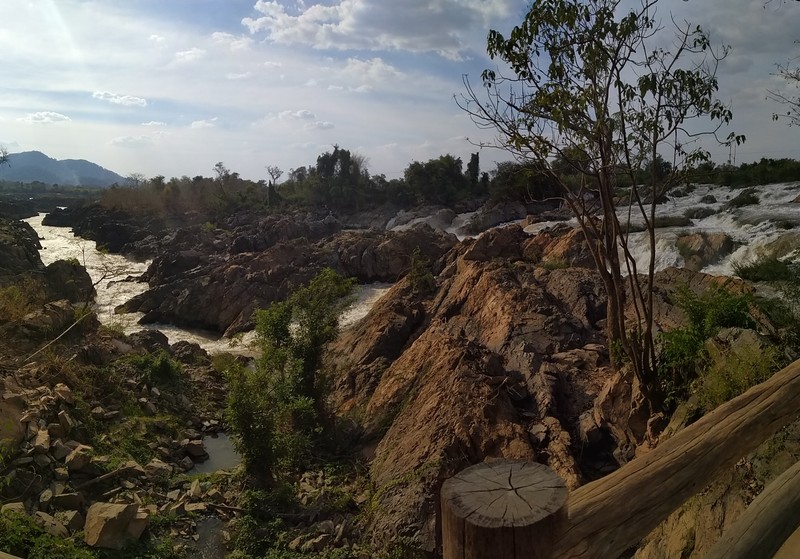 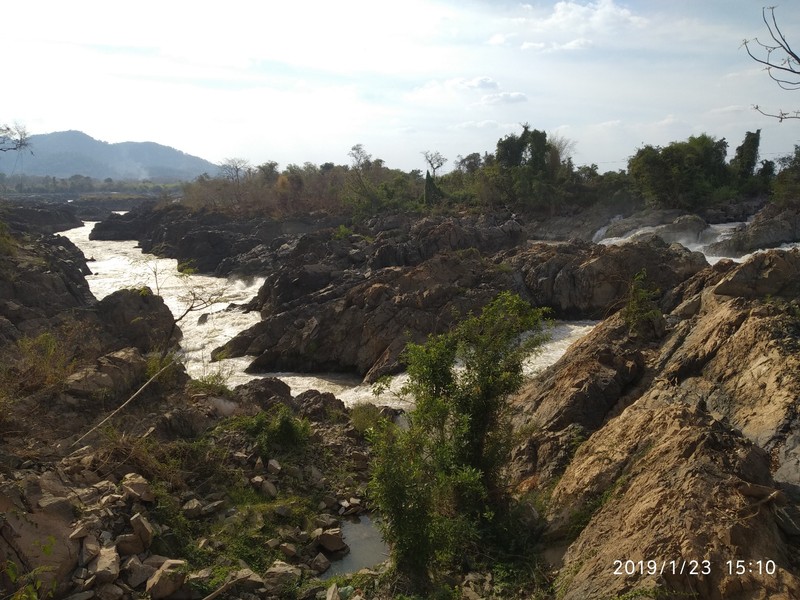 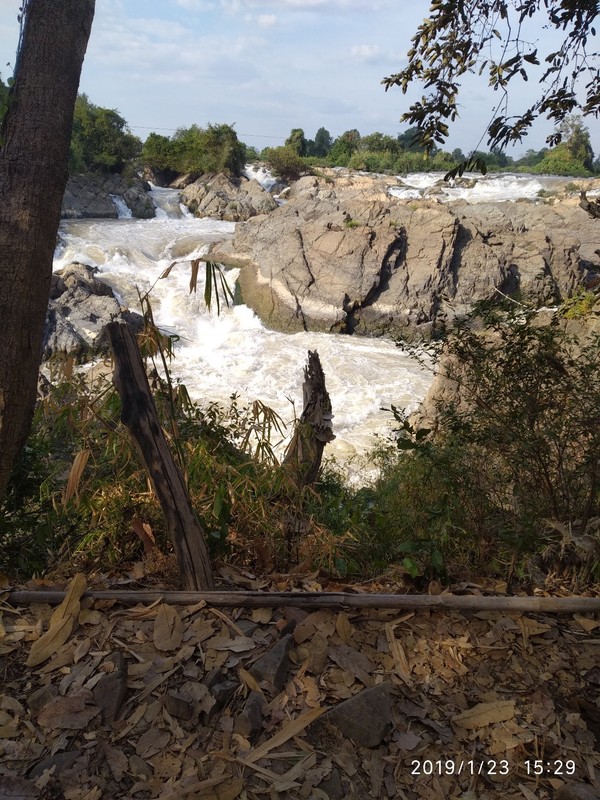 I went down to the small beach and back up again to hang out on a little hammock until sunset. At around 5 p.m., I went back to my little hut and slept for about 12 hours. There was some kind of party next door, but it didn't bother me very much.

Posted by baixing 21:56 Archived in Laos