January 14, 2019
Early in the morning we walked, no ran, to the bus stop because Gustav thought we’d be late. We were half an hour early and the tickets were more expensive than at the hotel. On top of that, it was the same price to go to Vang Vieng or Vientiane, which was double the distance. So, I decided to go to Vientiane and promised I’d wait for Gustav whenever he wanted to go south to Pakse. I’m not sure if that irritated him or not, but he got off the bus in Vang Vieng and I arrived in Vientiane late at night. We had some good chats, but he called the MeToo movement a witch hunt and I should’ve seen that red flag and left him alone at that moment. 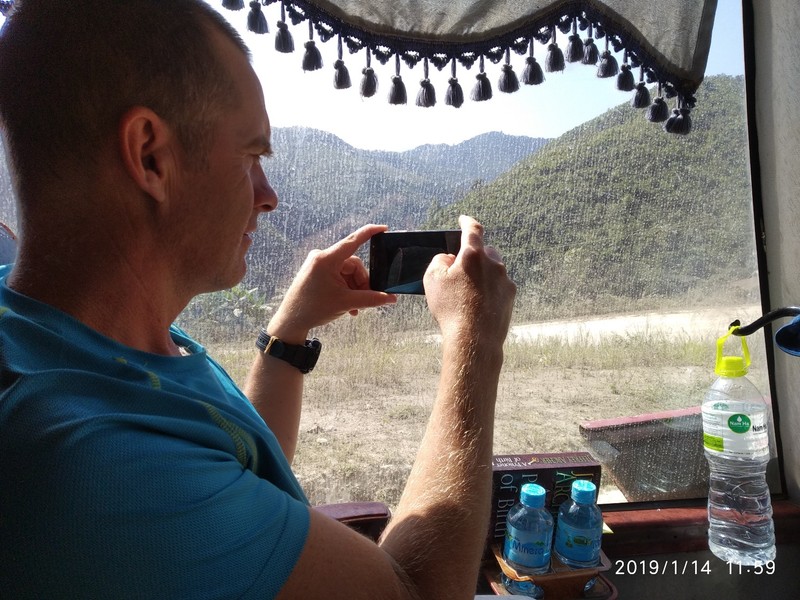 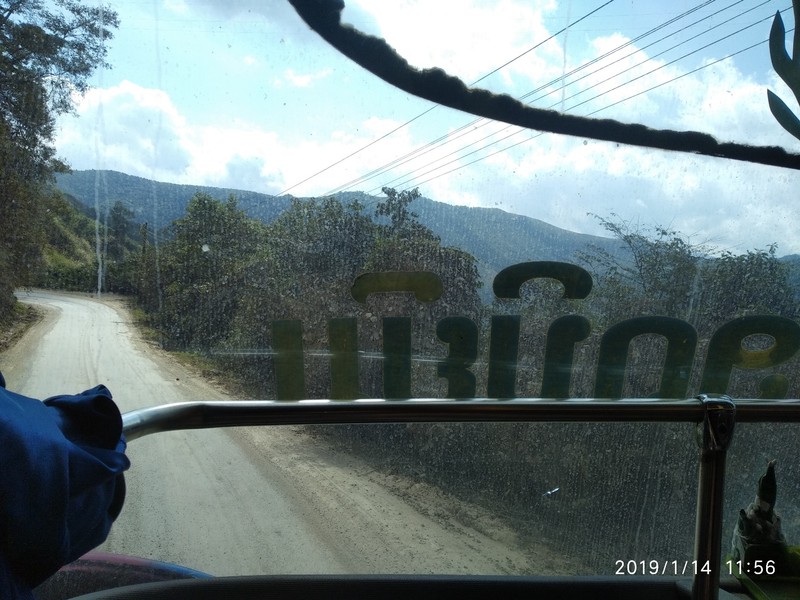 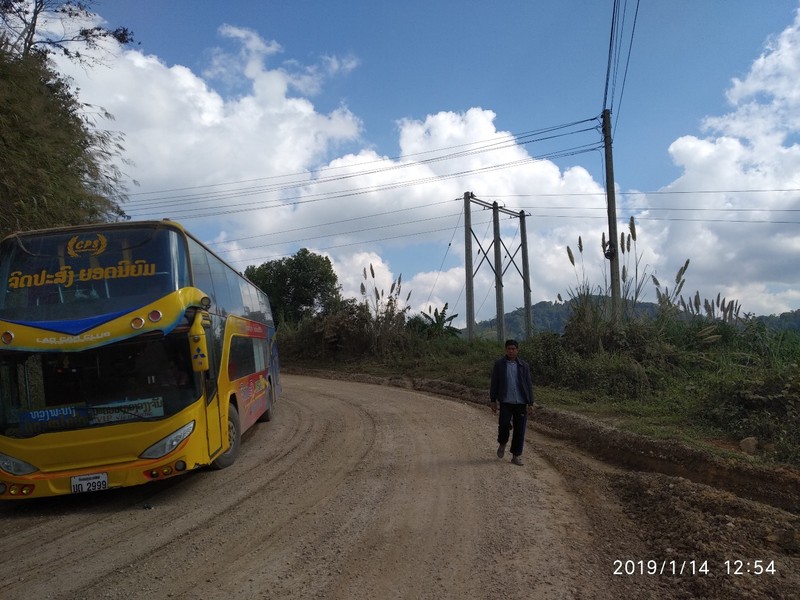 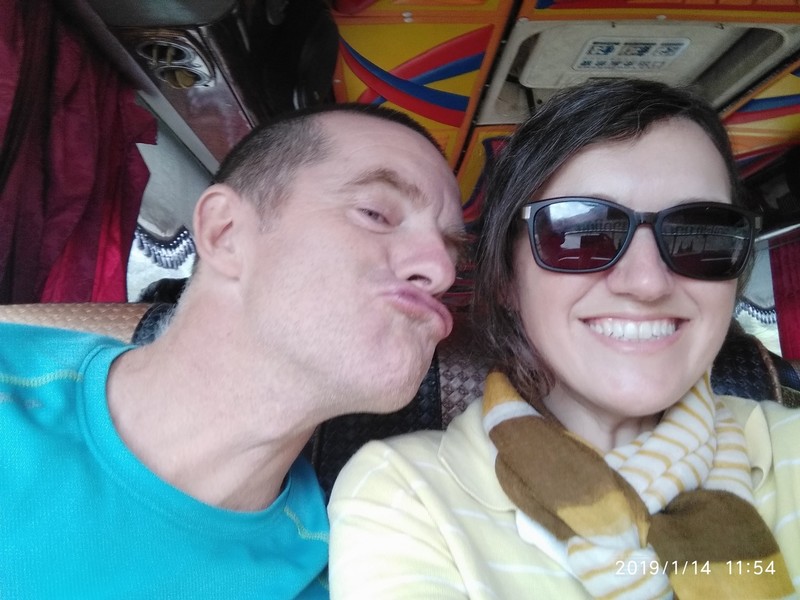 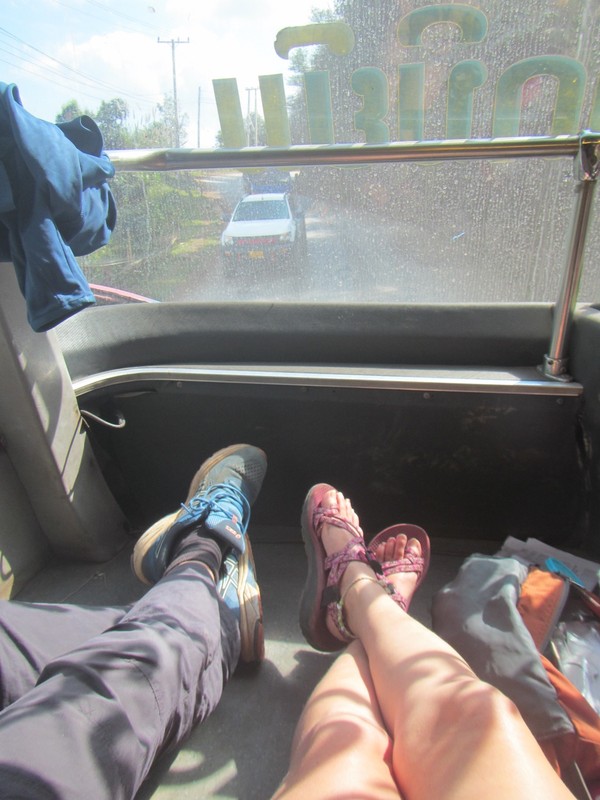 Anyway, I followed some people on a big jumbo tuk tuk to the city centre and they led me to a cheap hostel where three long term residents lived. It was a little strange, but fine for two nights.

January 15, 2019
I had a shower and breakfast early in the morning. I sent some clothes out for washing and got ready for my cycle tour of Vientiane. I followed the guidebook’s plan and went to the busy temple and museum in the morning, when there were fewer people milling about. 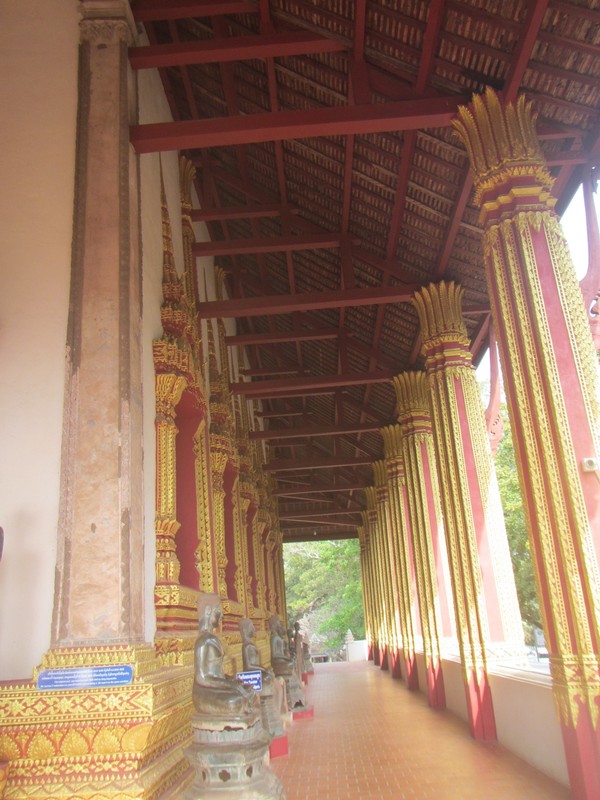 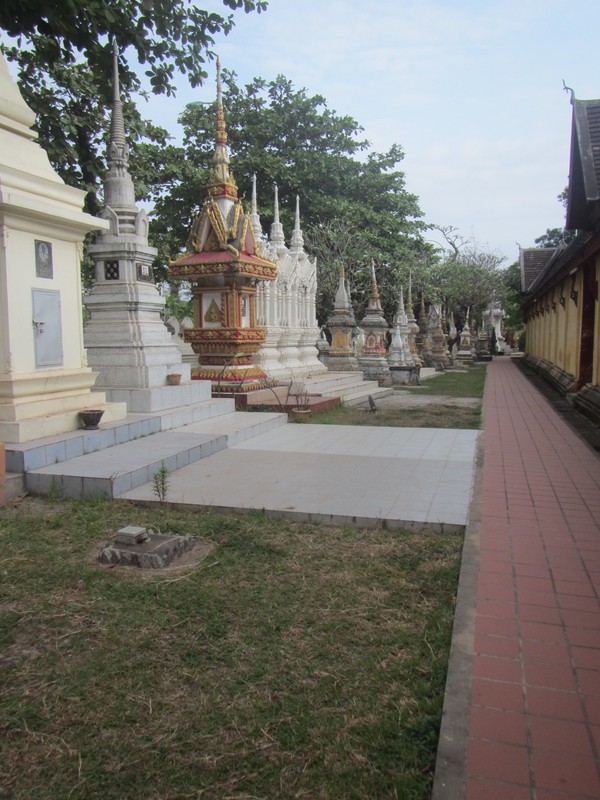 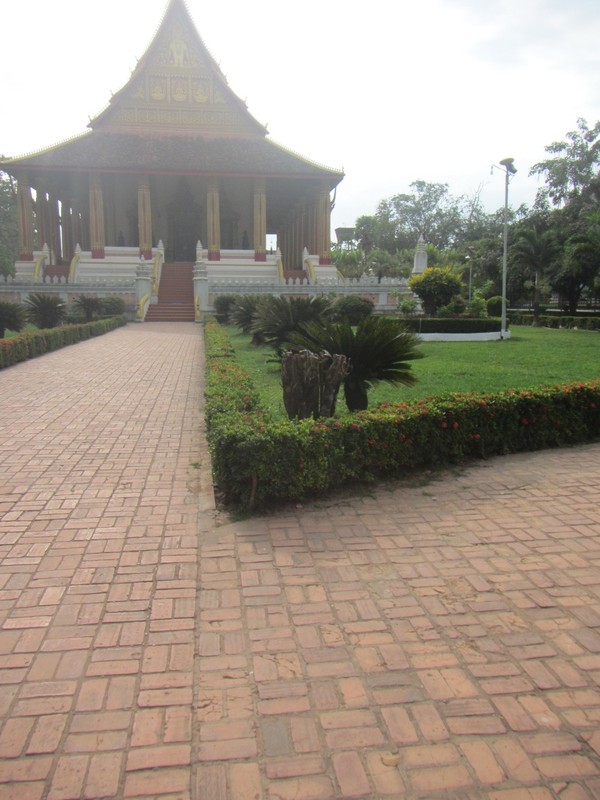 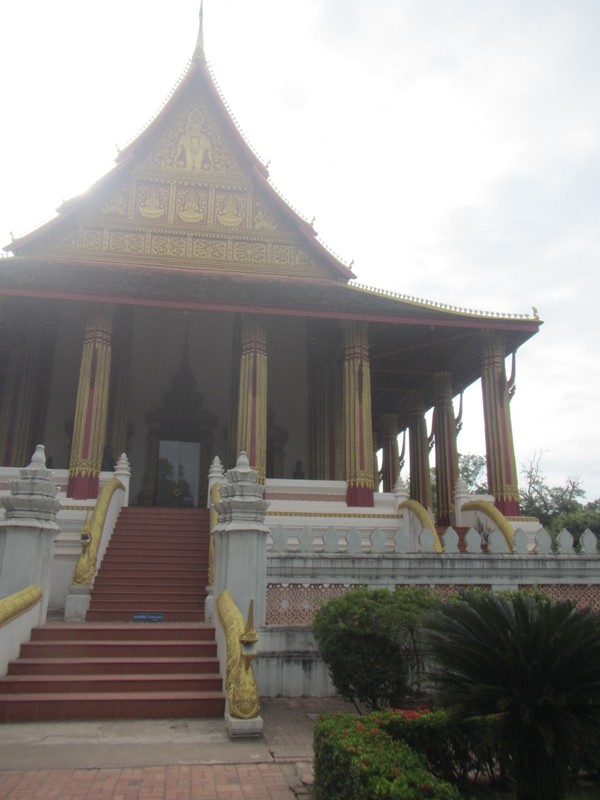 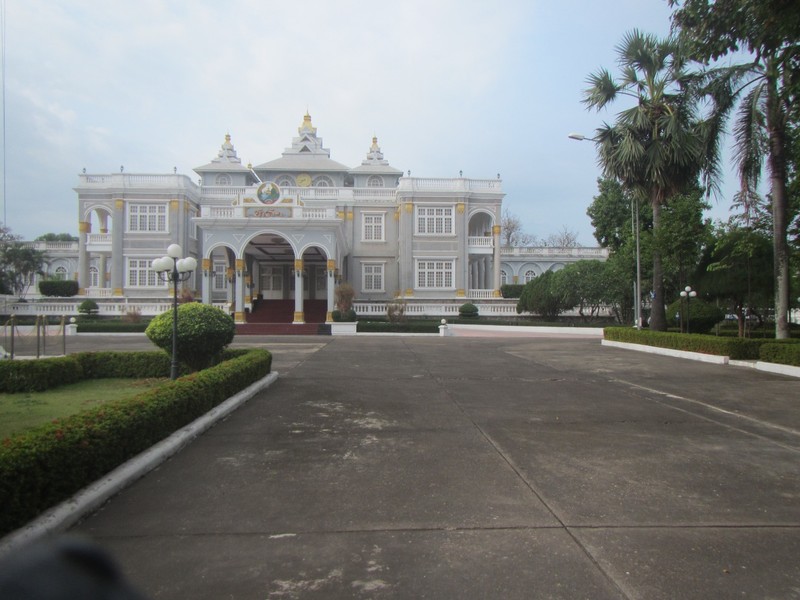 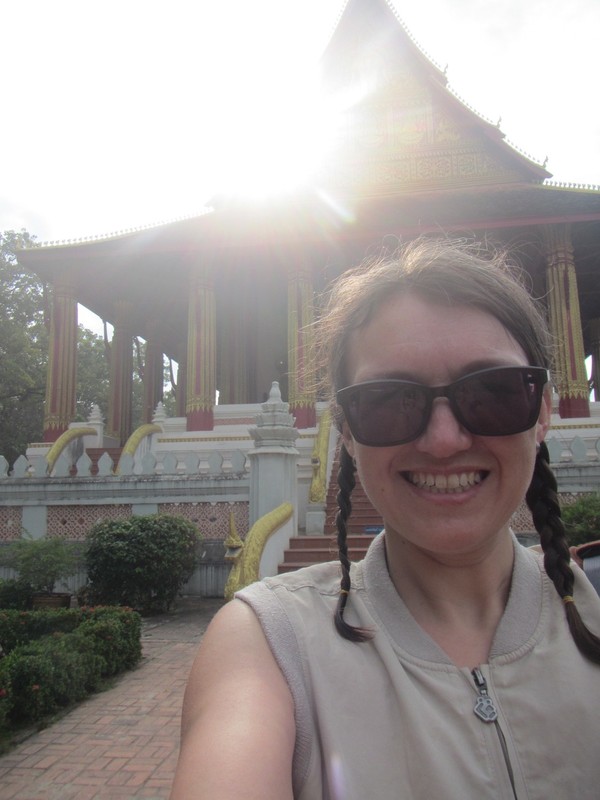 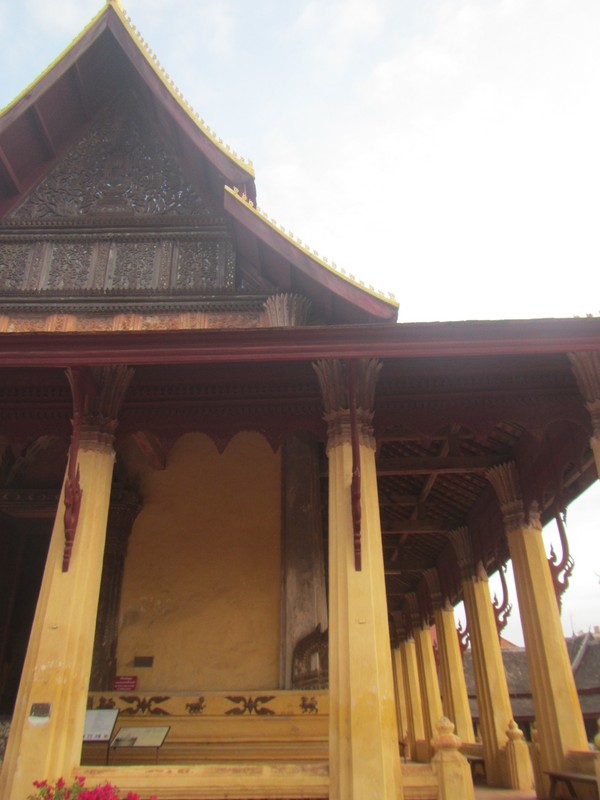 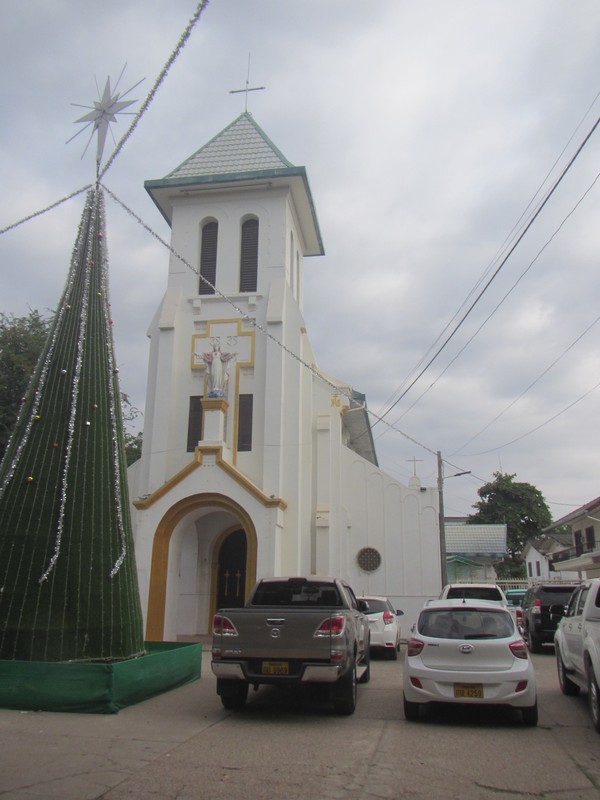 I realized the one dress I had, had gotten moldy, so I went shopping in the central market for a new one. They didn’t look quite right, so I kept going deeper into the market and came across endless rows of traditional style Lao clothes. Exactly what I wanted. I chose a nice white jacket with black embroidery and paired it with a black skirt with white embroidery. The skirt had to be custom made, so I paid and was told to come back in one hour.

I stopped in the tourist information centre, and they gave me a really nice map. I also met a really nice couple from Victoria. We climbed up the arch in the centre of the “Champs Elysee” of the east. It was a fancy monument built with foreign aid money that was meant for a new airport. 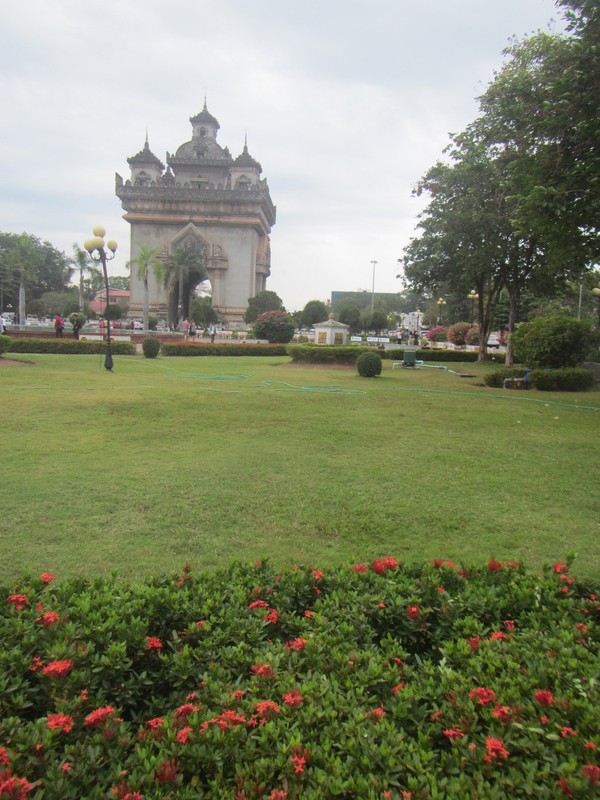 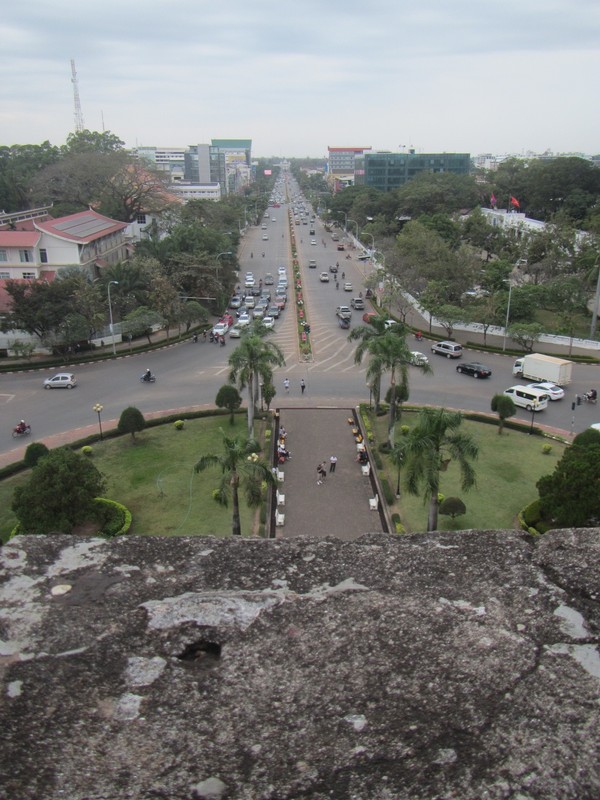 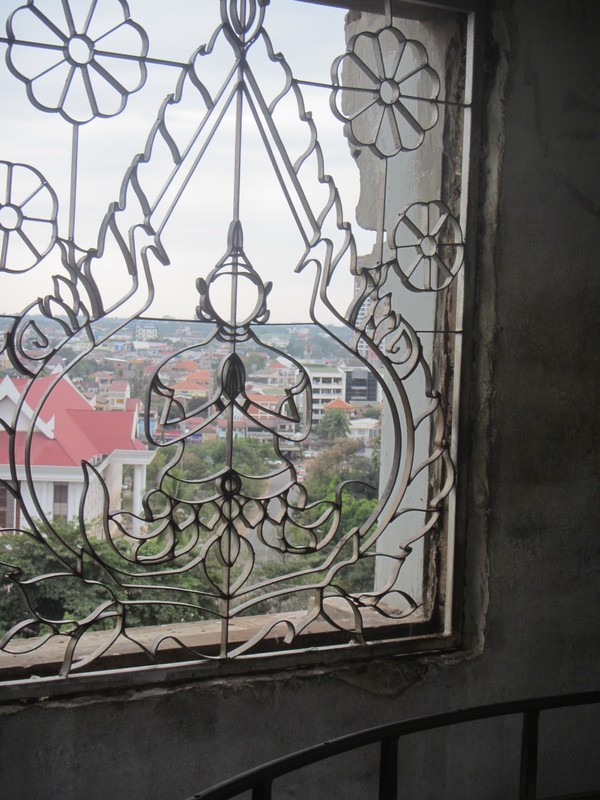 After that, Sandra (the lady from Victoria) came with me and helped me refit my skirt. I couldn’t have done it without her. 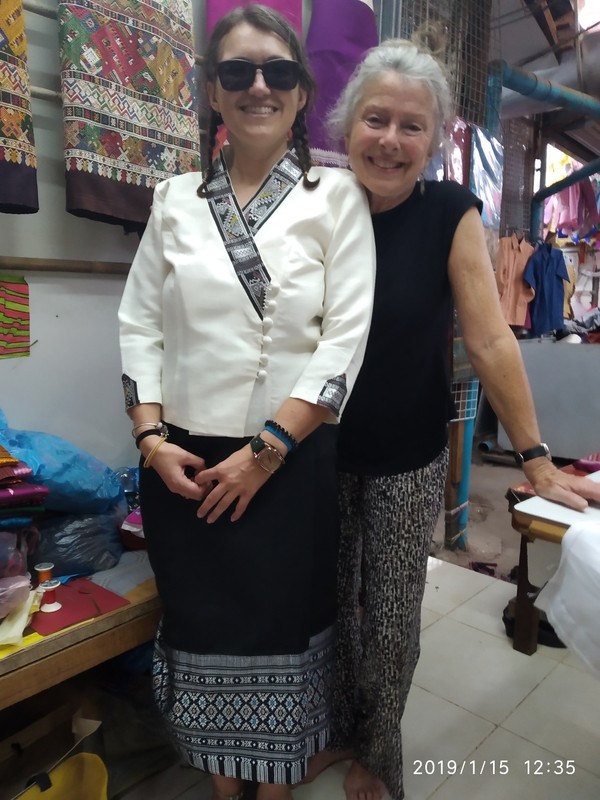 Brian, her fiancé, waited for us in a cafe and had a mango passionfruit smoothie. So refreshing.

From there, Sandra and I went to have a Lao style massage together, which I thought was amazing. The masseuse had feet like hands and he pulled my body around in many new directions. Afterwards, we relaxed with something like rooibos tea and met more Canadians, Rachelle, also from Victoria and Brody from Calgary.

Sandra went back to her hotel, but she messaged me about two minutes too late and I never met up with them for dinner later on. Maybe it would have turned out better because Rachelle and Brody were just getting over food poisoning, so I ate another papaya salad in front of them on a little table on the street. We walked around along the river and finally we all got tired and said goodbye. 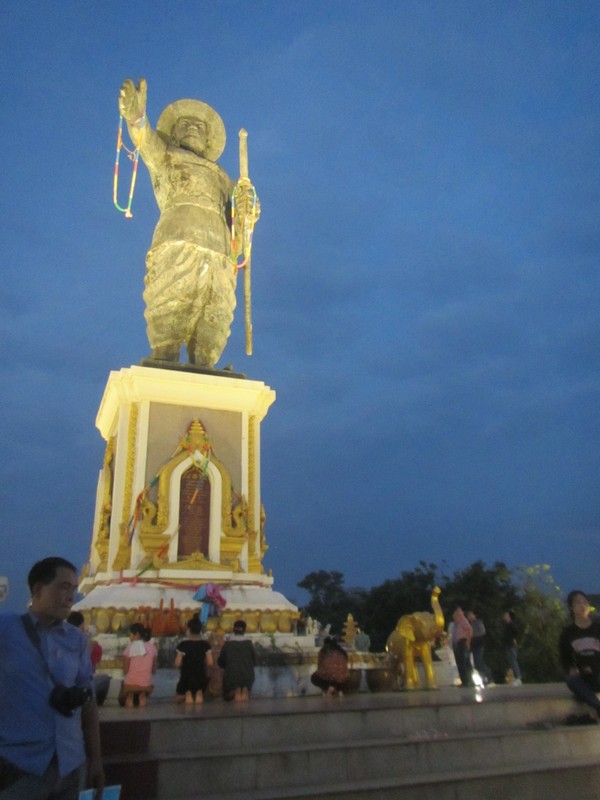 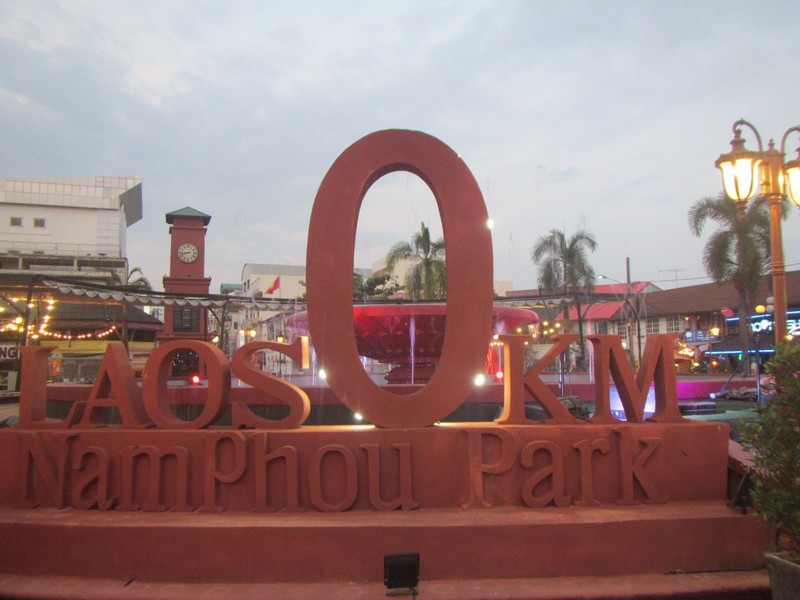 Rachelle was a really useful person to meet though, because she’s a doctor in Canada! She helped me identify the weird thing the Chinese doctor pulled out of my belly button a few weeks before. She called it a schwanoma. A non-cancerous tumor my body created to push something out of my body. She said I could email her anytime if I had any other health problems while abroad. What a kind lady!

I was a little sad though, that she didn’t have such a great trip in Asia. She knows a lot about people in pain and she could see it everywhere. It must have been difficult. She verified the stories I had heard in China about people who had been maimed or blinded on purpose, so they could collect money begging on the street for other bad people. She could see that the amputations and the eye injuries were done on purpose. She said that no doctor would ever do amputations like that, and that people were blinded on purpose with hot spoons. To my untrained eye, none of this is obvious, but it was really astounding to find that these rumours were true.