On my second day in Vientiane, I followed the rest of the Lonely Planet cycling tour. 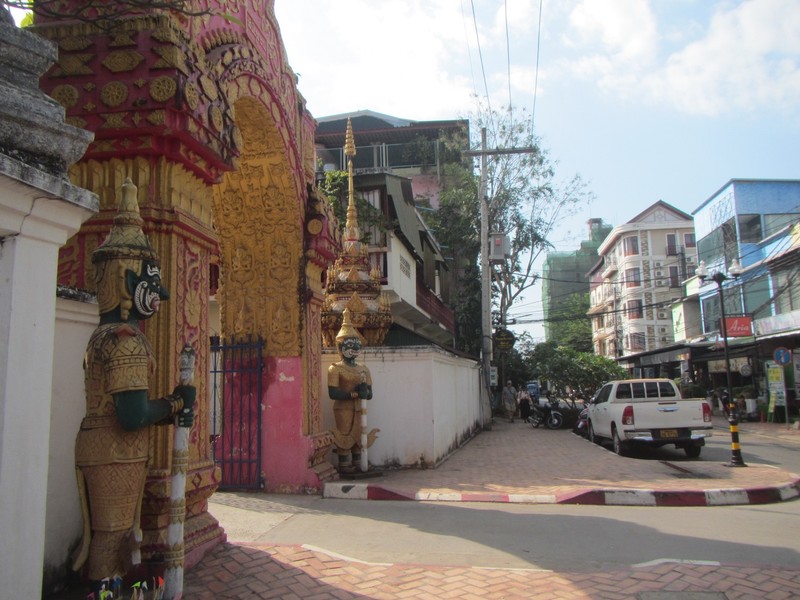 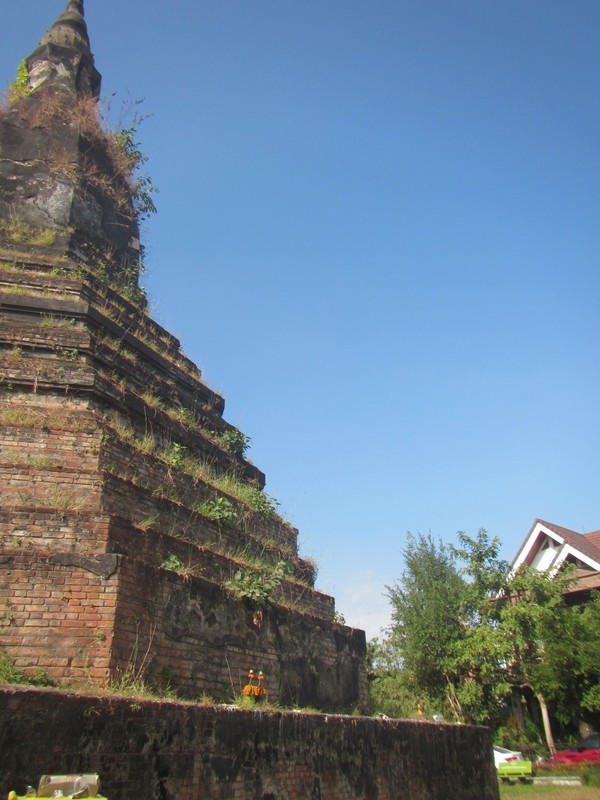 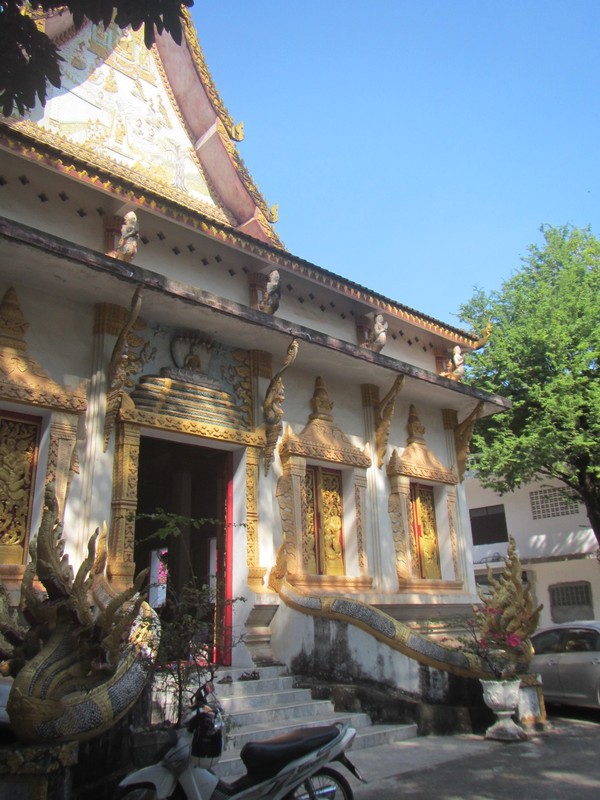 I went to a couple of temples, and at the third one, I found some monks who had just finished an English exam, so we chatted under the shade of the garden pagoda. They said i should come back and teach English in their hometowns, in the north of Laos. Of course I promised to do exactly that, as long as they gave me food and a place to sleep. How could anyone resist? 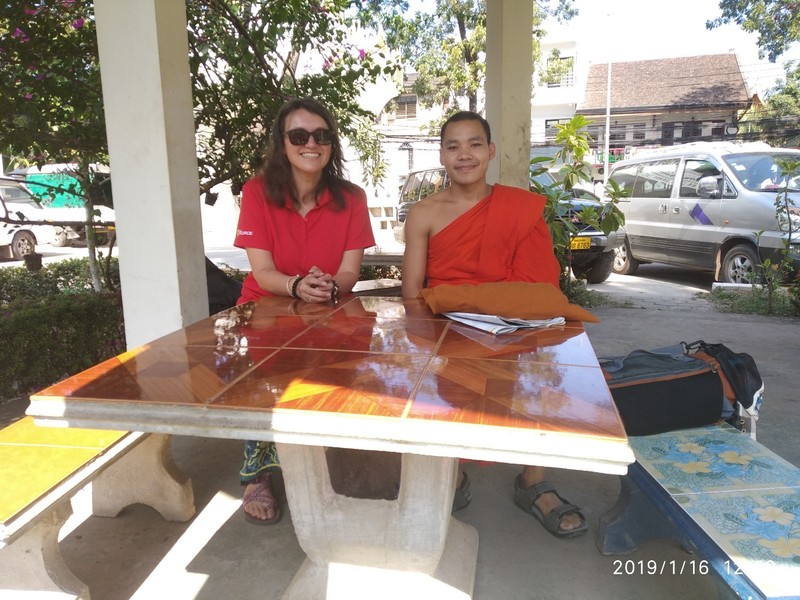 From there, I had a Lao lunch of delicious lahp (meat salad). 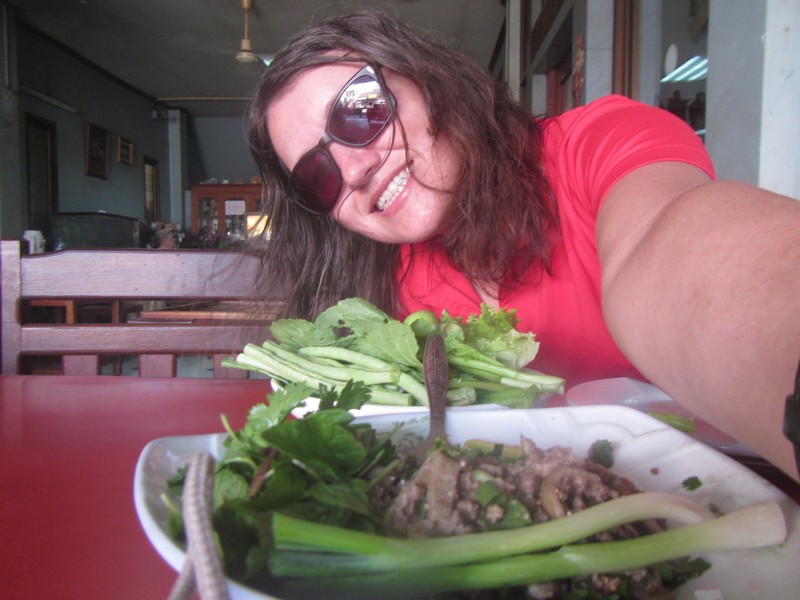 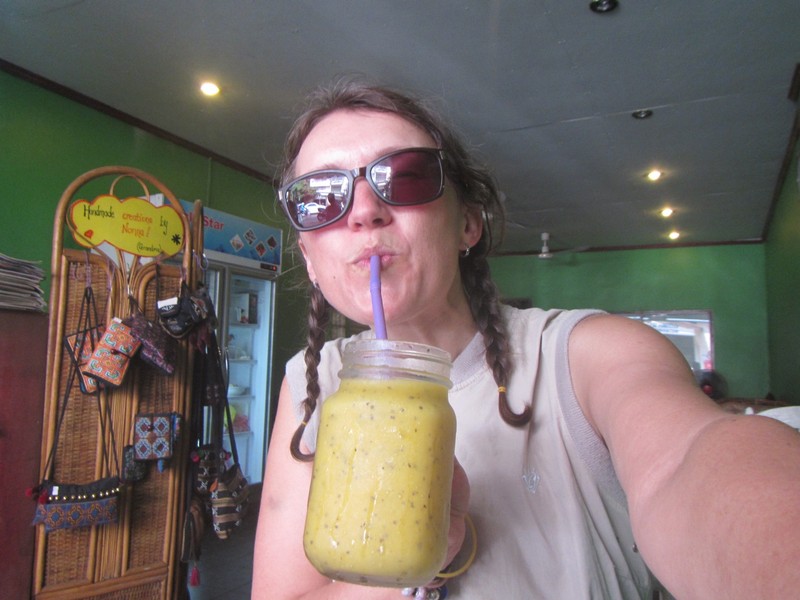 I still had a few hours of daylight, so I headed across town to the COPE rehabilitation centre, a place that makes artificial limbs and otherwise helps people who have been injured by unexploded ordinance in the last 50 years since the Vietnam war and the secret war in Laos. 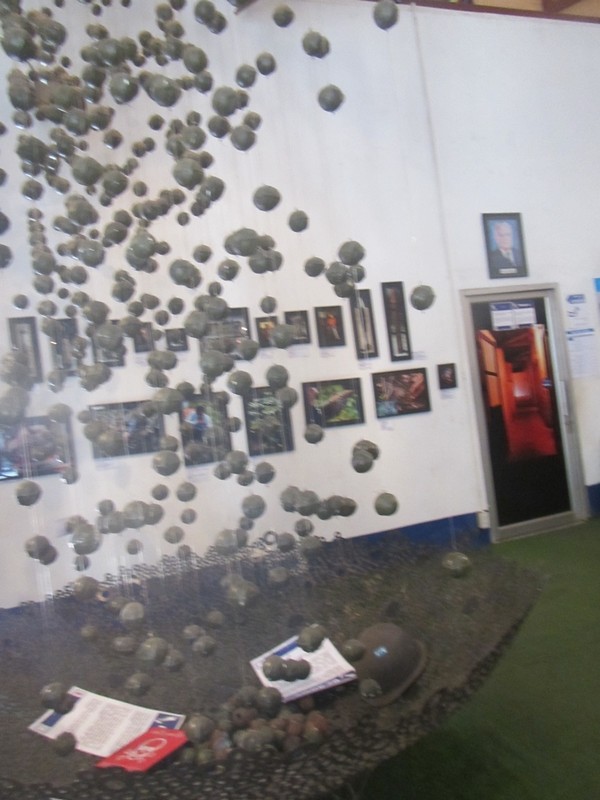 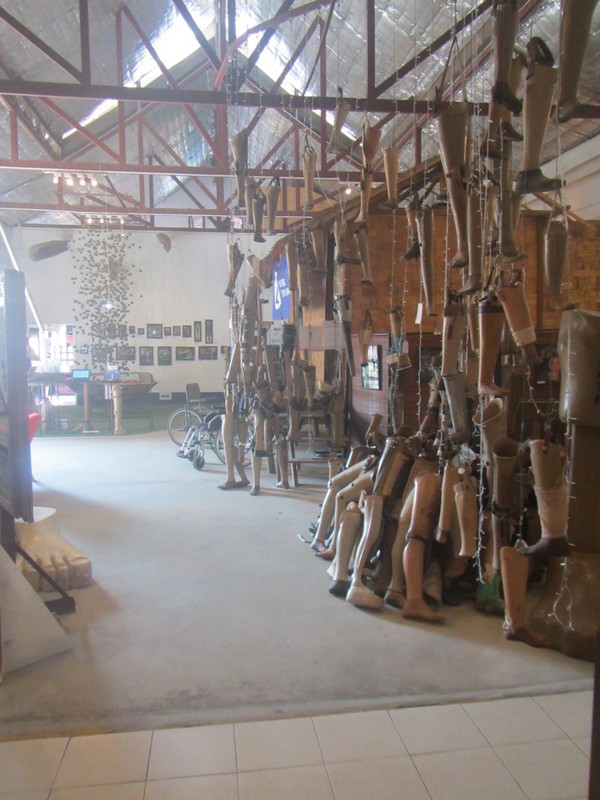 I had to catch the bus to Pakse in a few hours, so I walked back, picked up some takeout noodles and chatted with a woman who had just lost her baby’s father to the civil war in Cameroon. It was really a terrible shame. I tried to connect her with Will, my Cameroonian friend in Nanchang, because at the moment, she was in between visas in Thailand. She was just waiting for all the paperwork to go through so she could get back to work. That could take weeks, but she would be stuck in limbo in Vientiane the whole time. I hoped that working in China would maybe be a better option, because maybe her daughter could join her in China, unlike in Thailand. However, Will said even he was not sure he’d have his own job in September. Not a really good situation for Africans or non-native speakers teaching English in China at that moment.

Finally my tuk tuk came and it sped me off to the bus station. Gustav surprised me when he was already there. He said he already told me he would do that, but I guess I forgot.

January 17, 2019
The bus ride was terrible. I was at the very back of the bus sleeping with three other people. Gustav was on another bus, but when I tried to confirm where we would meet when we both got to Pakse, he didn’t hear me. We had discussed staying at Sabaidee 2, so when we got there, that’s where I waited. Apparently I was supposed to wait at the bus station, which we had also discussed, but he had left maybe an hour before me, so I figured he’d already be there. On top of that, I really had to poop, so I pretty much ran to the hotel and found a toilet before even checking in. Gustav later said he was irritated about that decision of mine as well.

Anyway, I had met a couple of Gustav’s friends, Estelle and Matt. We were on the same bus, so we started to plan our day together. We were walking to a nearby temple, when Gustav came walking by. He checked into the hotel, and then we immediately rented a motorcycle and went off to Wat Phou, which was older than Angkor Wat. 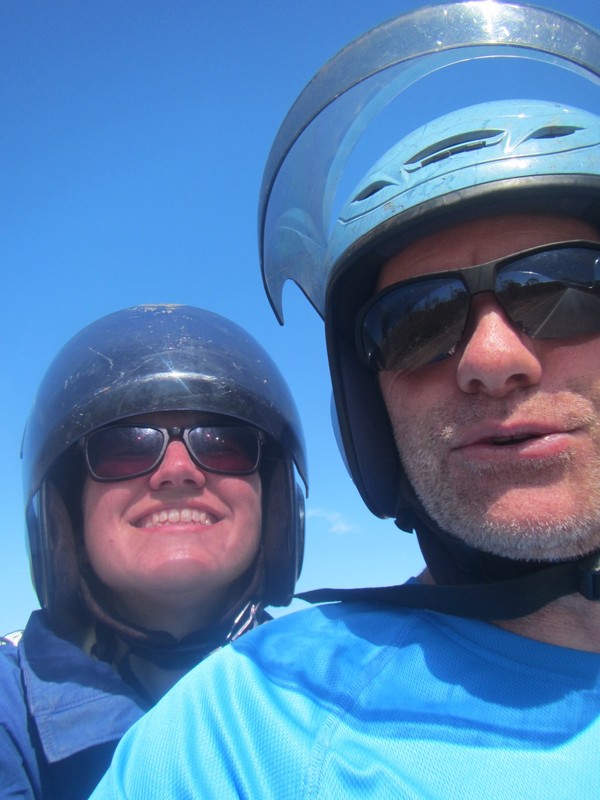 We wandered around there in the heat, looking at a crocodile and an elephant carving as well as the intricate designs on the buildings themselves. 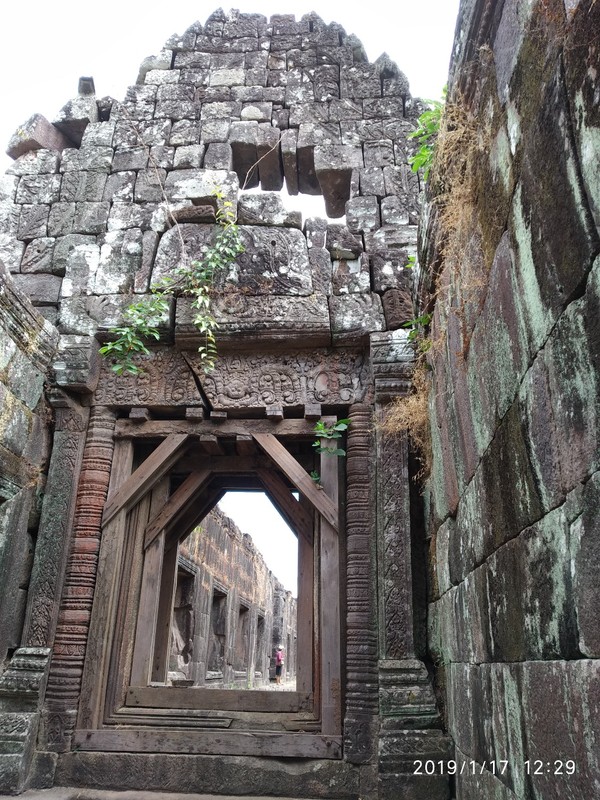 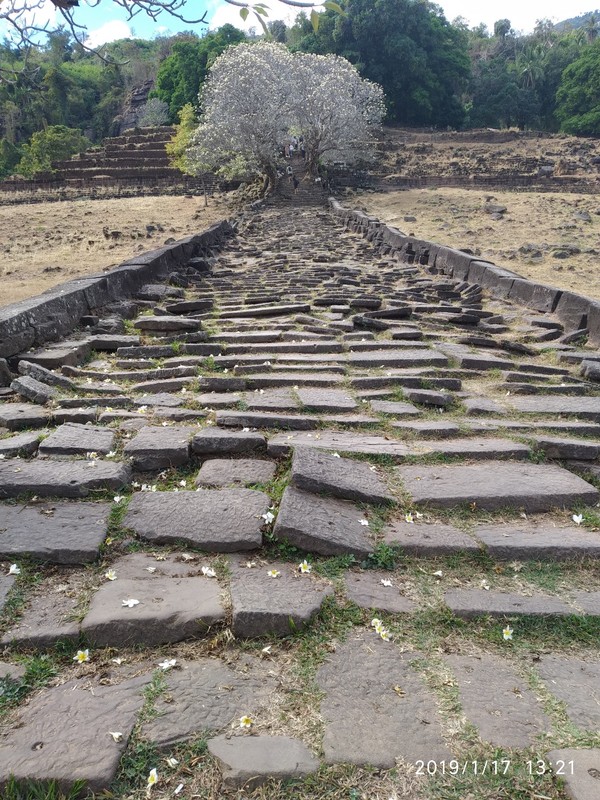 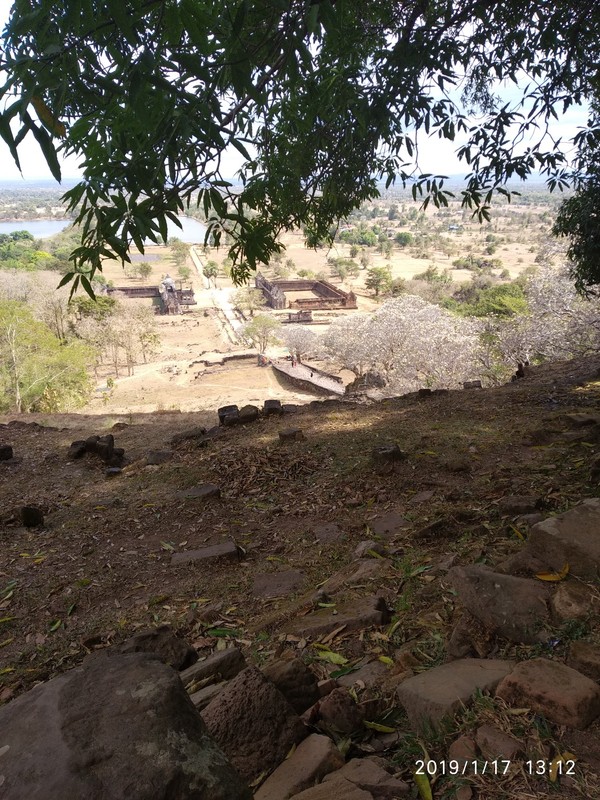 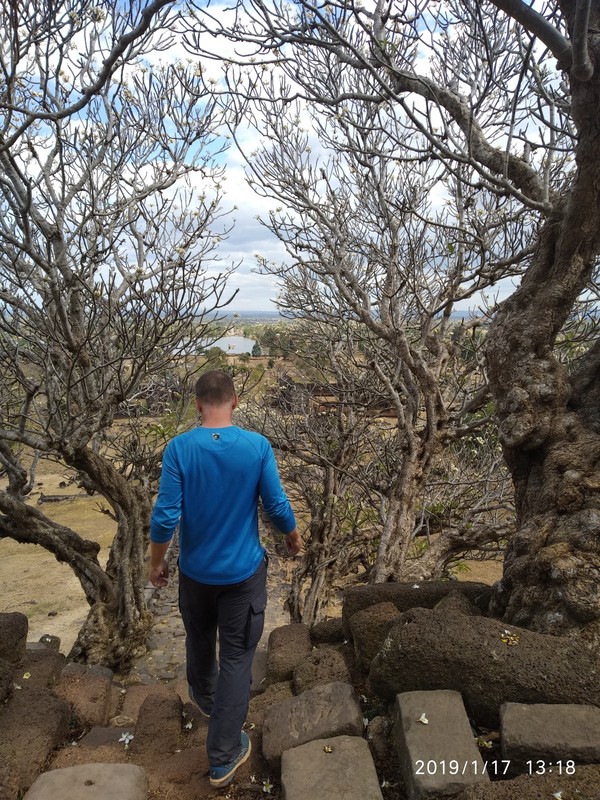 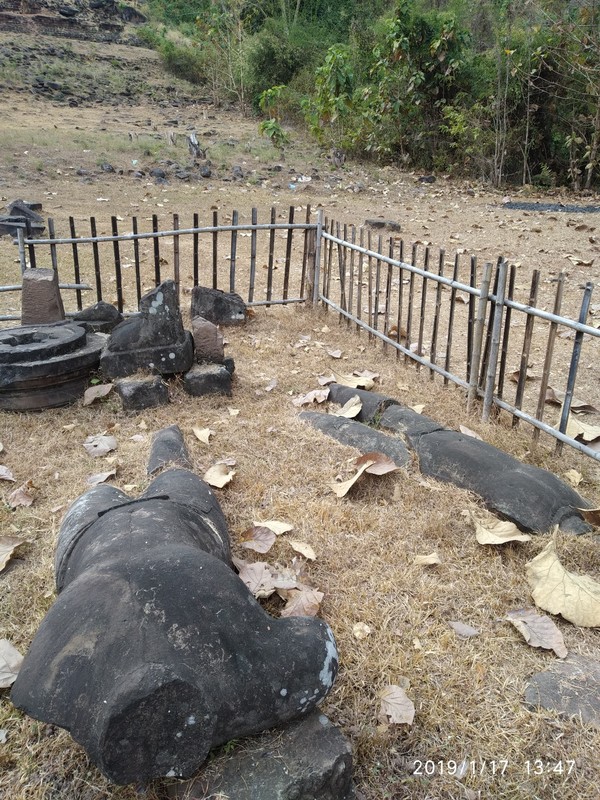 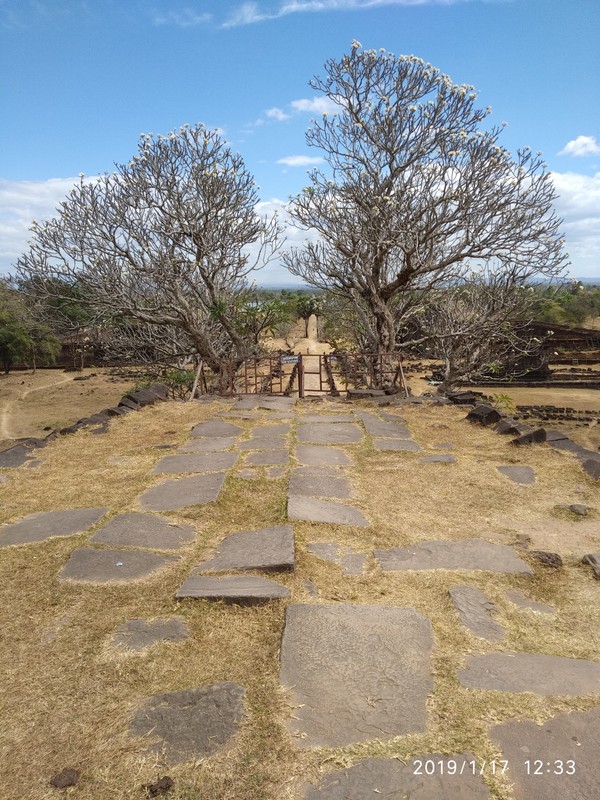 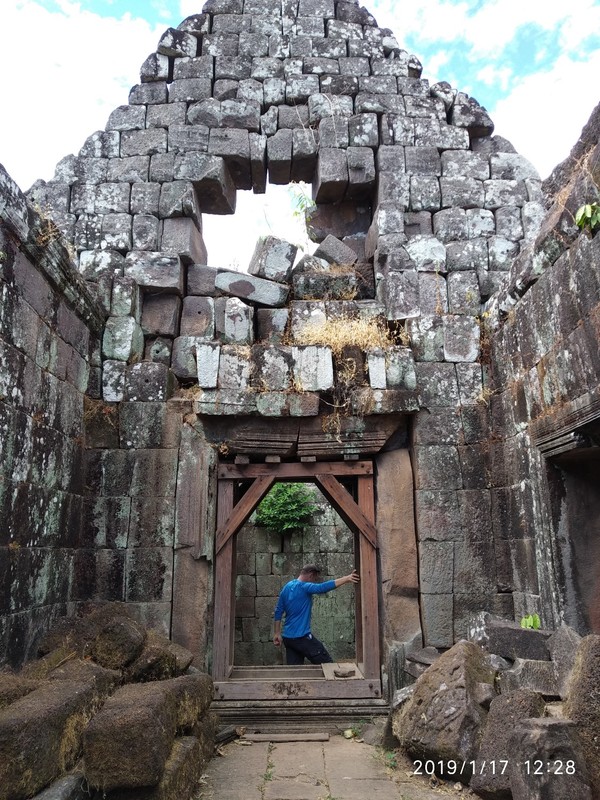 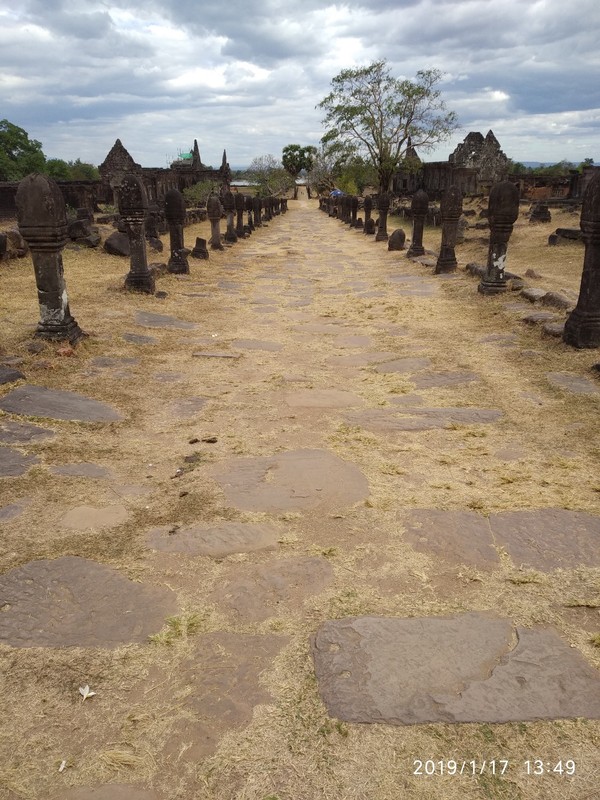 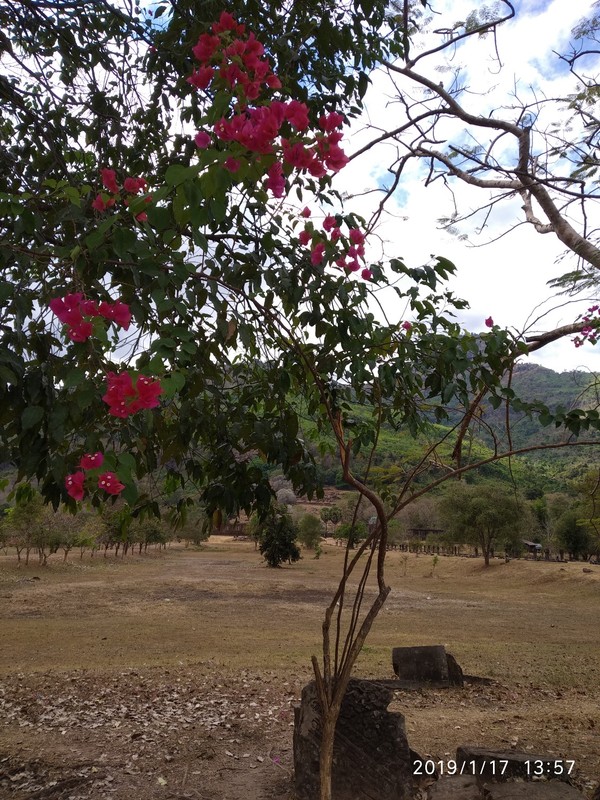 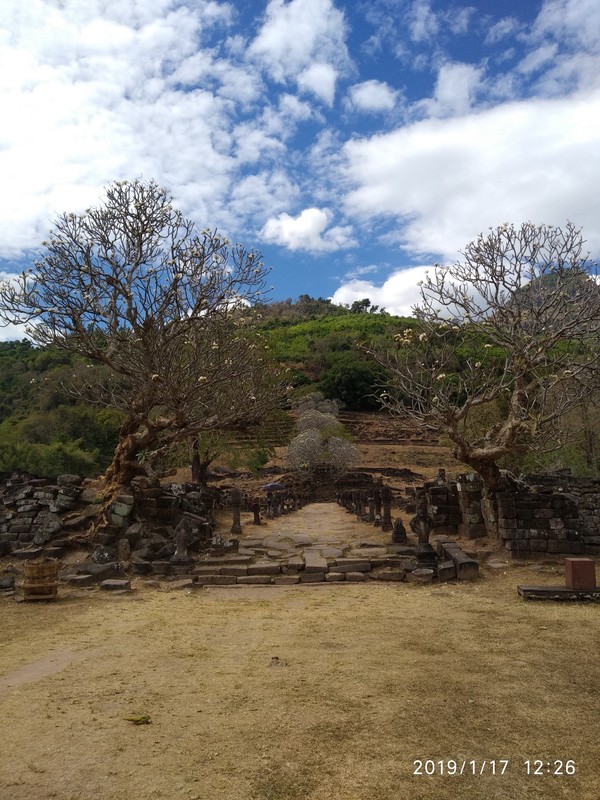 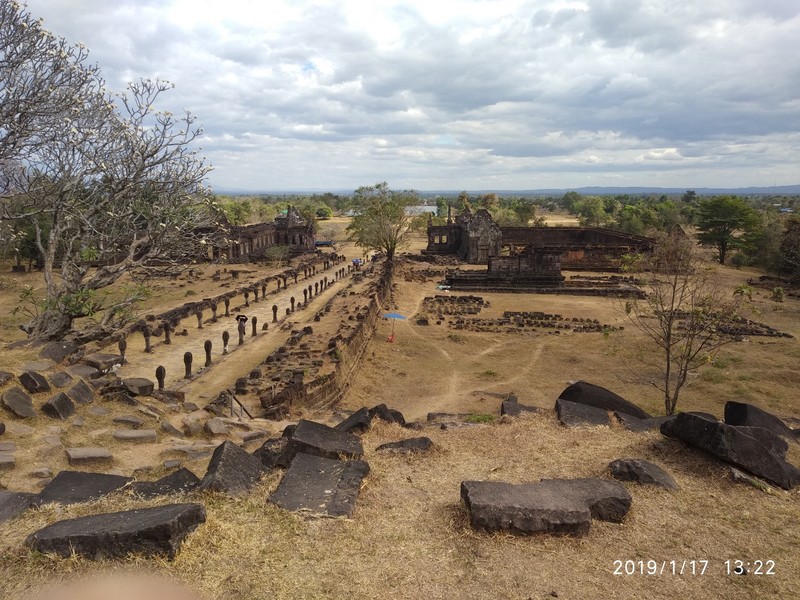 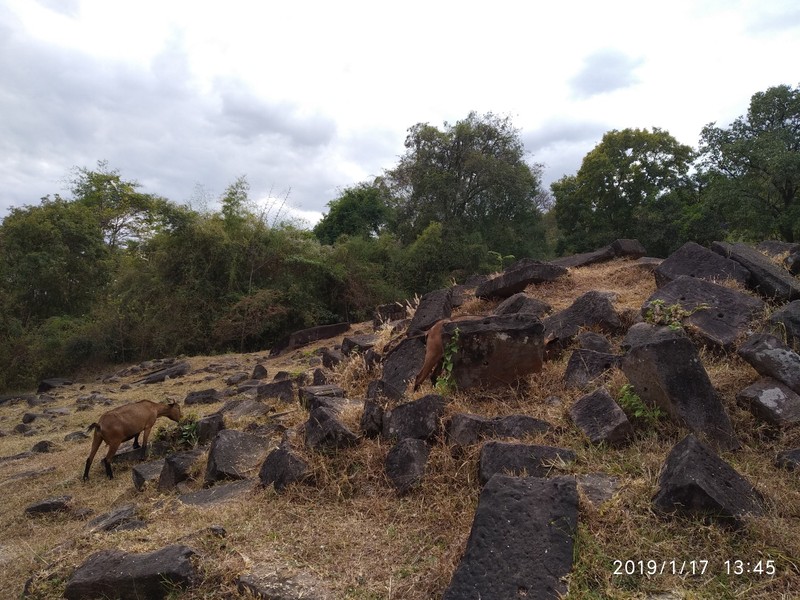 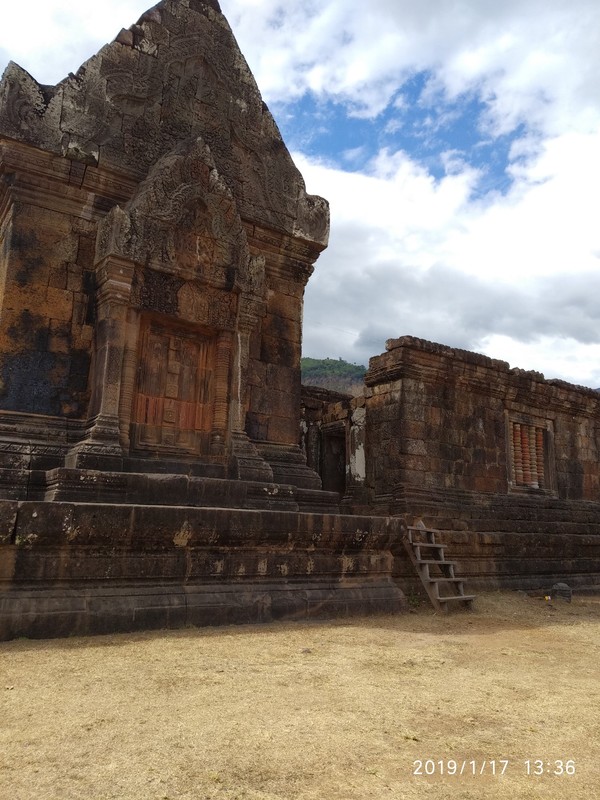 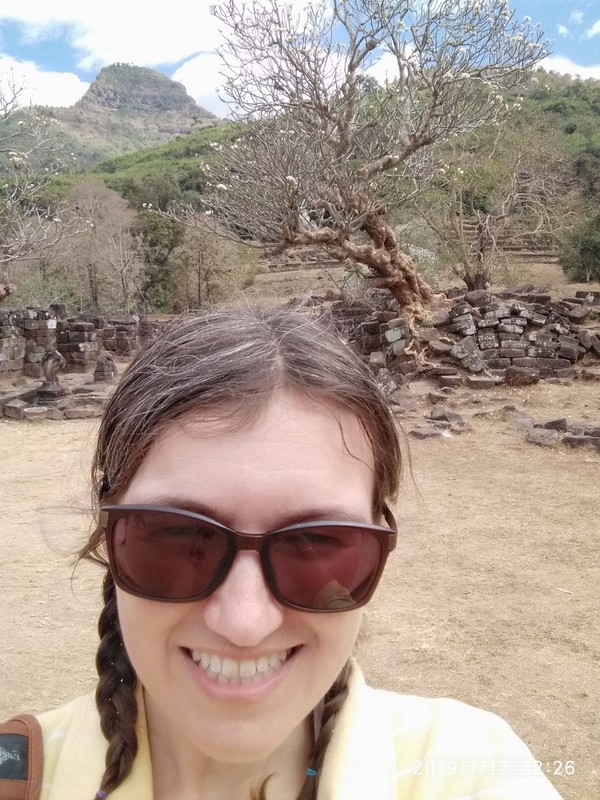 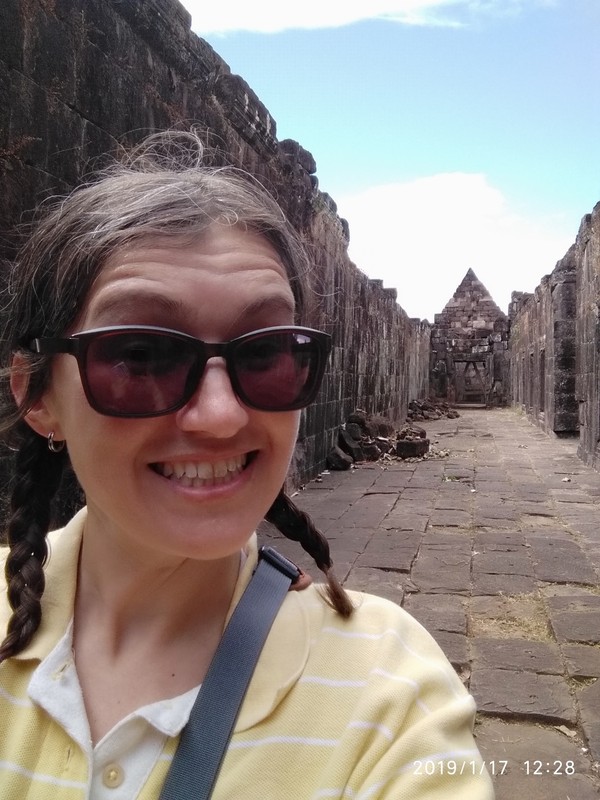 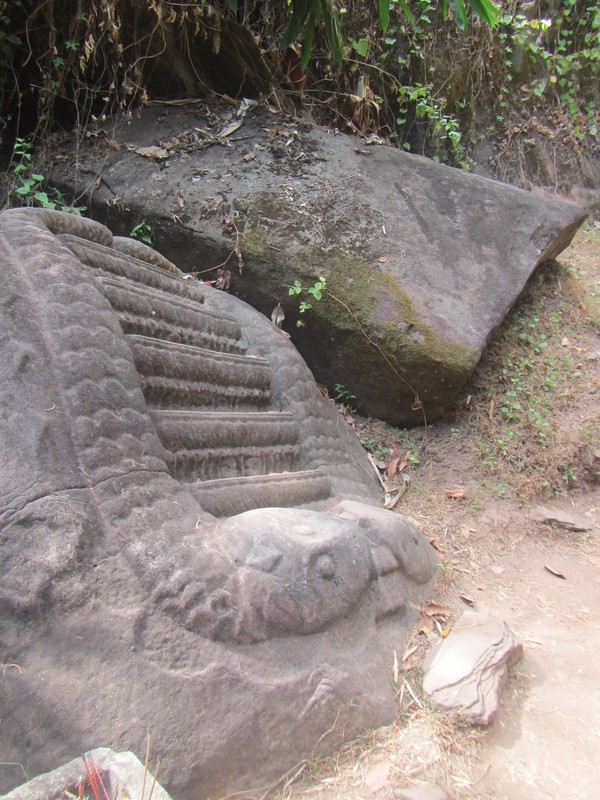 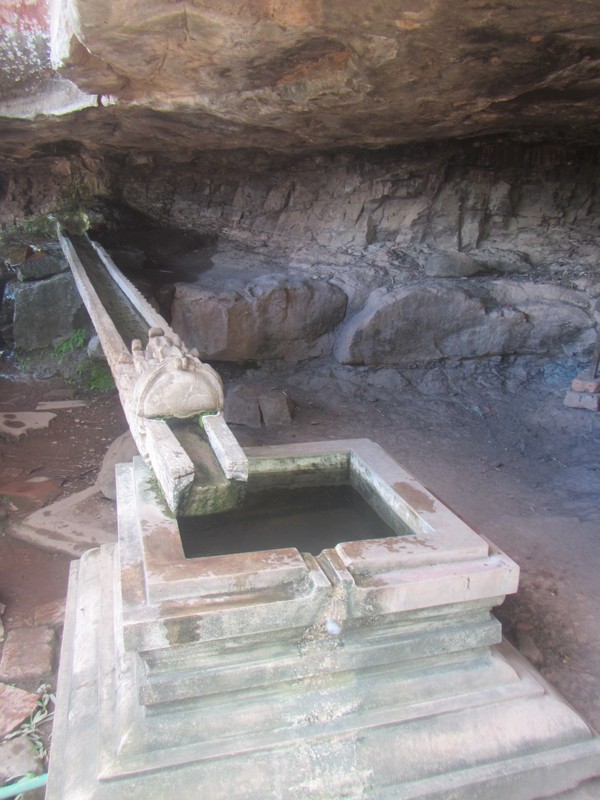 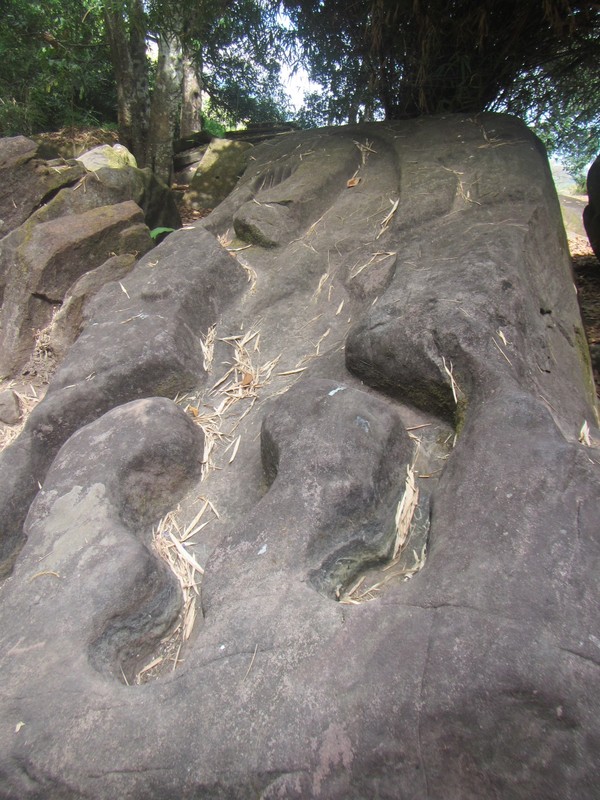 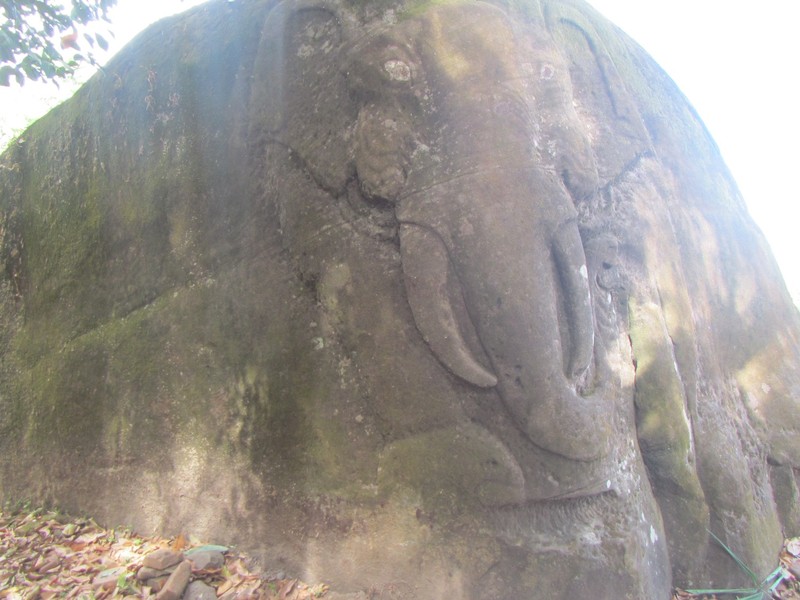 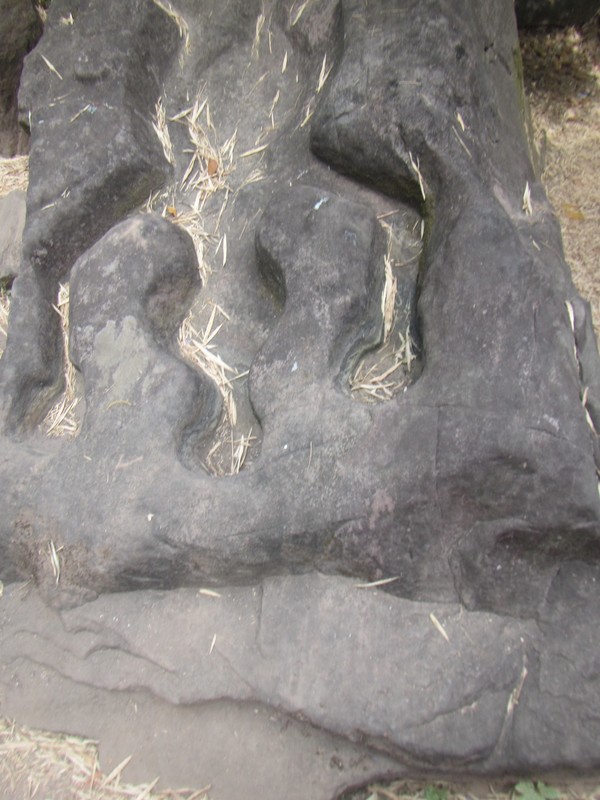 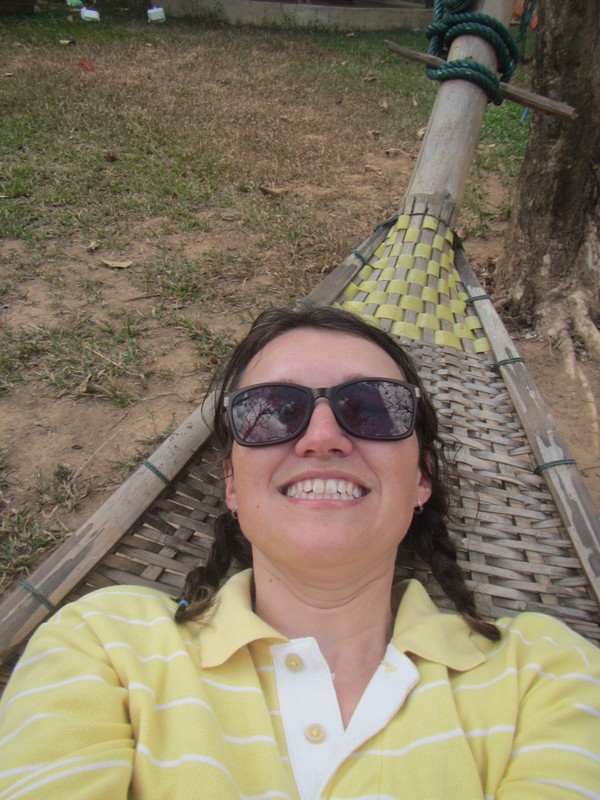 When we came back to the hotel, I fell right asleep without dinner. I was exhausted from not sleeping all night on the way to Pakse. The driver was a crazy person and he flew over the bumps and potholes all night. That also meant that my knees knocked together and created a horrible pain that lasted into the next few weeks. Meanwhile, Gustav, Estelle and Matt planned the motorcycle tour we’d take in the morning.