A chilly weekend at Jingpo Lake

I took the train in the evening after class to Mudanjiang and arrived at 4 a.m. It was super early and I had no idea where to catch the bus to the lake, so I hailed a cab and he brought me to the bus station. I waited there for an hour in an ATM and then had some congee and vegetables for breakfast in the bus station cafeteria.

The bus left at 7:30 a.m. and then I had to switch buses in another city and then eventually arrived in the park at 9 or 10 a.m. It was nice because the bus driver dropped me off pretty much exactly at the water falls. But it was cold, so I put on another pair of jeans over top of the jeans I was already wearing in the bathroom. It was hard to move my legs or climb up any stairs then, but at least I was warm. The falls had frozen completely over and it was really cool to see. I heard that it's magnificent in the summer/fall season but it would also be way too busy at that time, so I think I actually preferred going to Jingpo Lake in the winter. 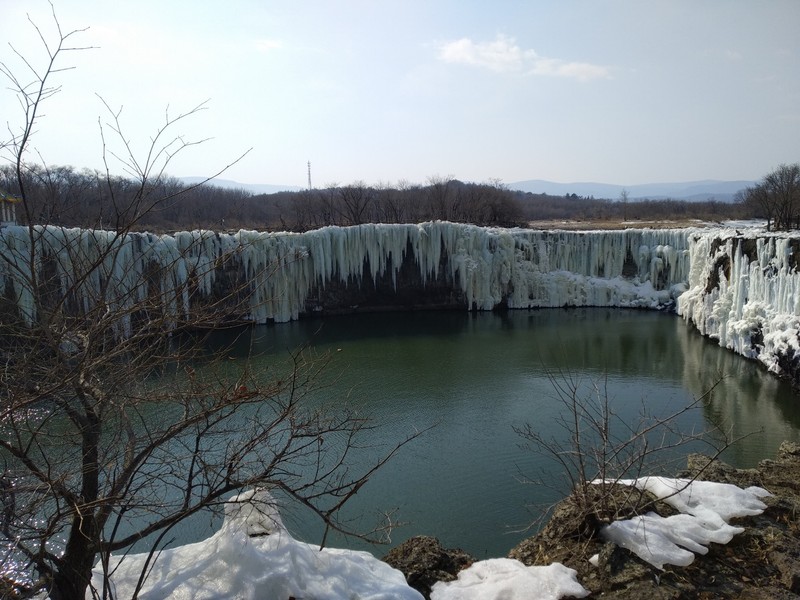 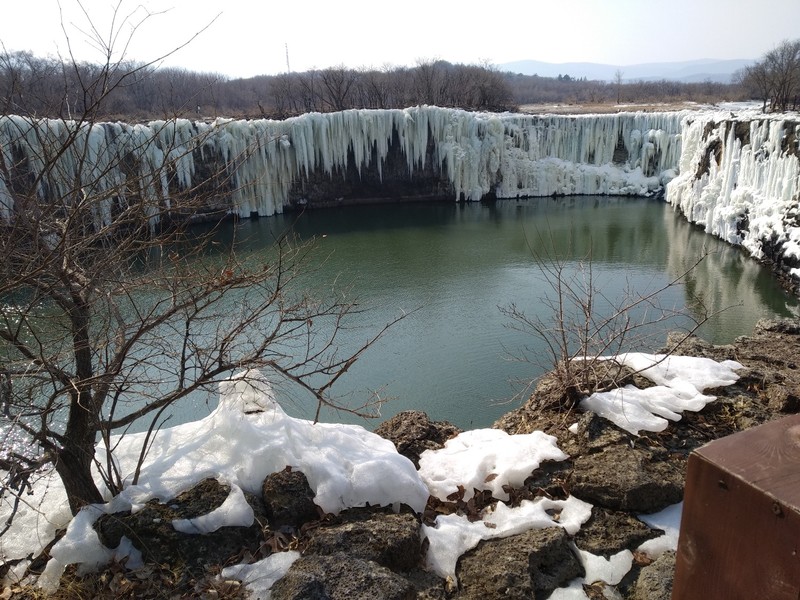 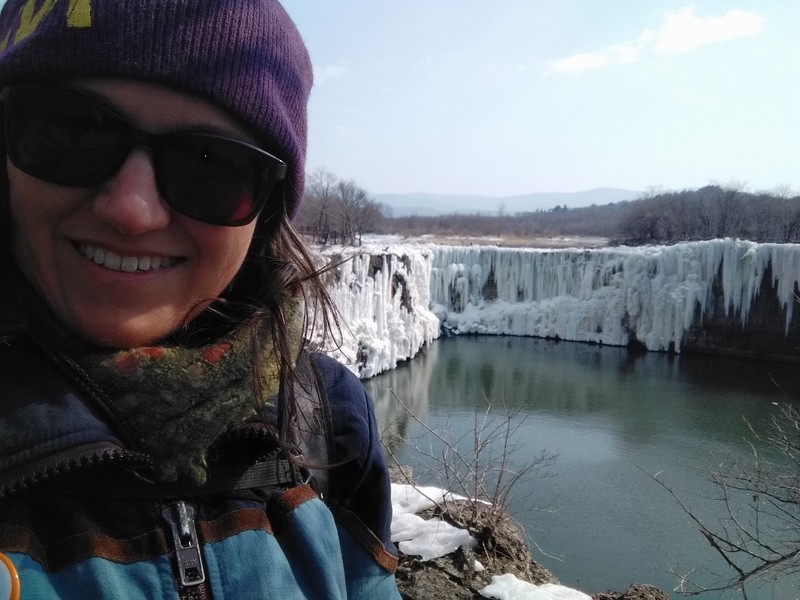 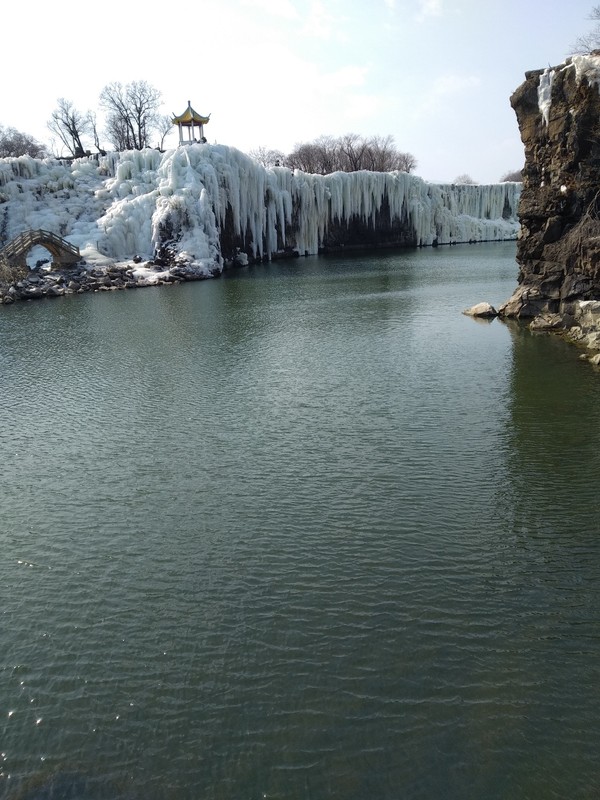 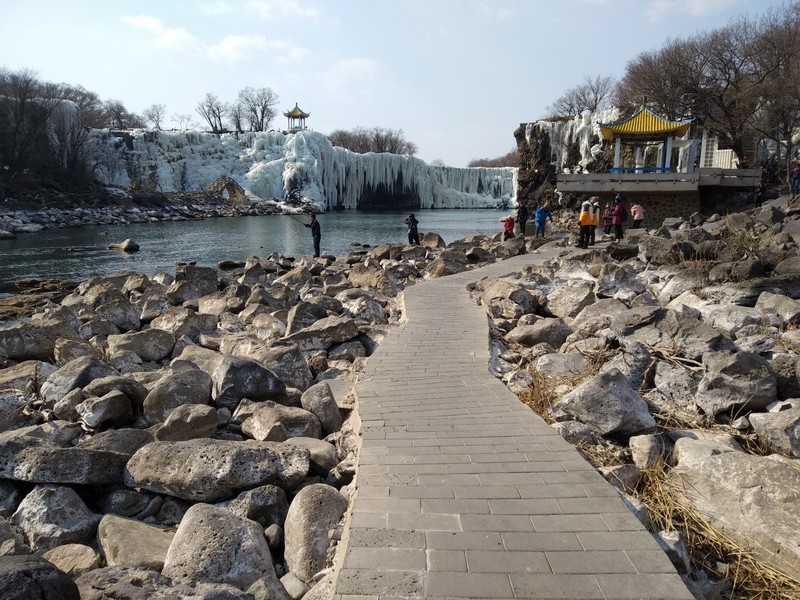 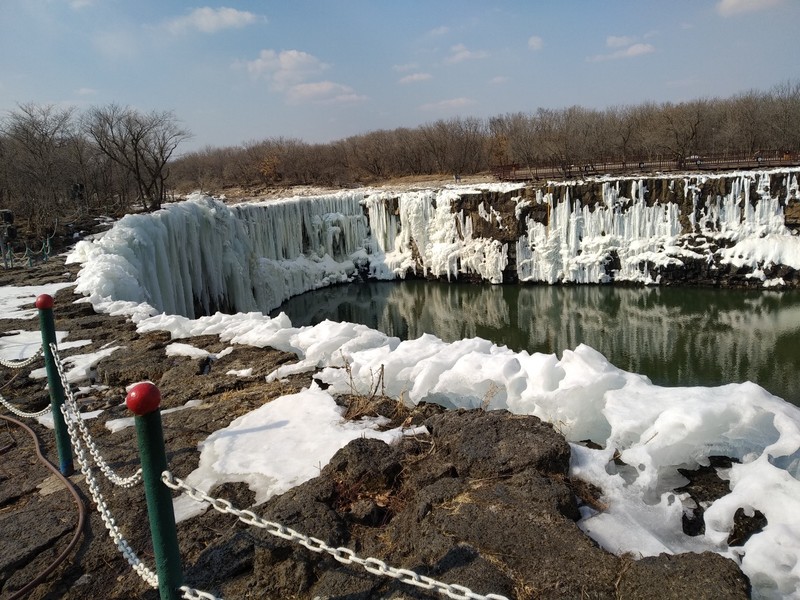 From there I walked about 5km to the actual lake, which was completely frozen as well. The waves had frozen in the midst of crashing upon the beach. It was almost completely abandoned. 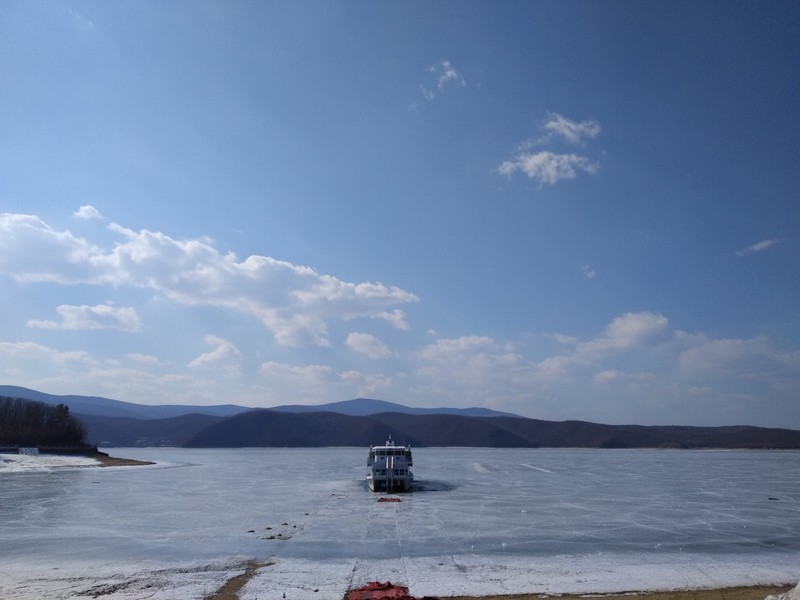 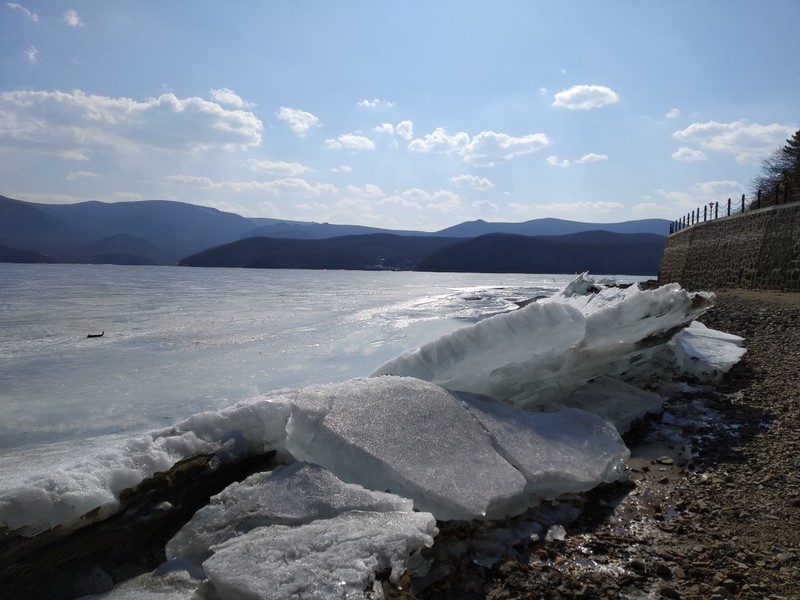 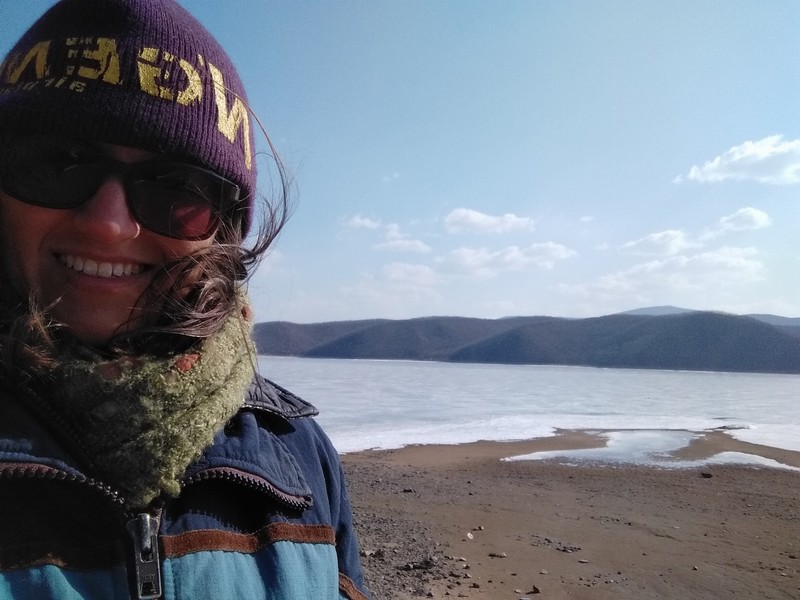 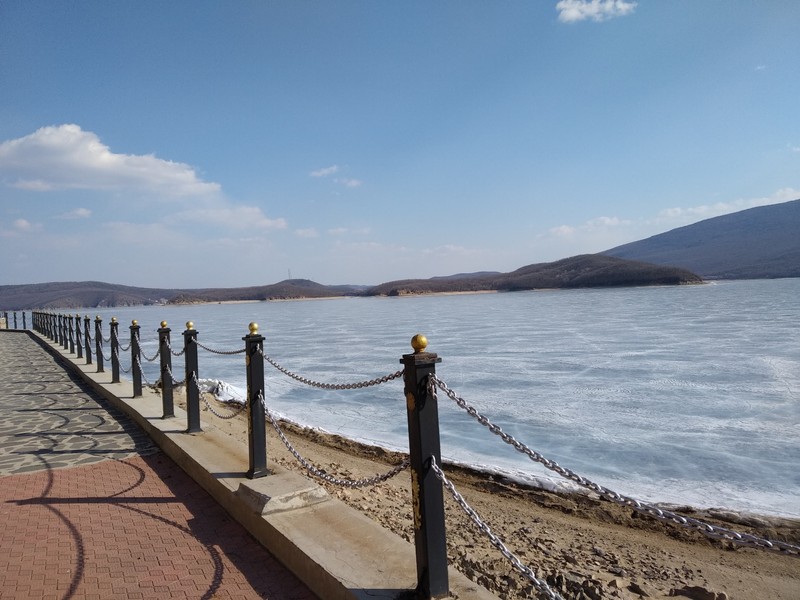 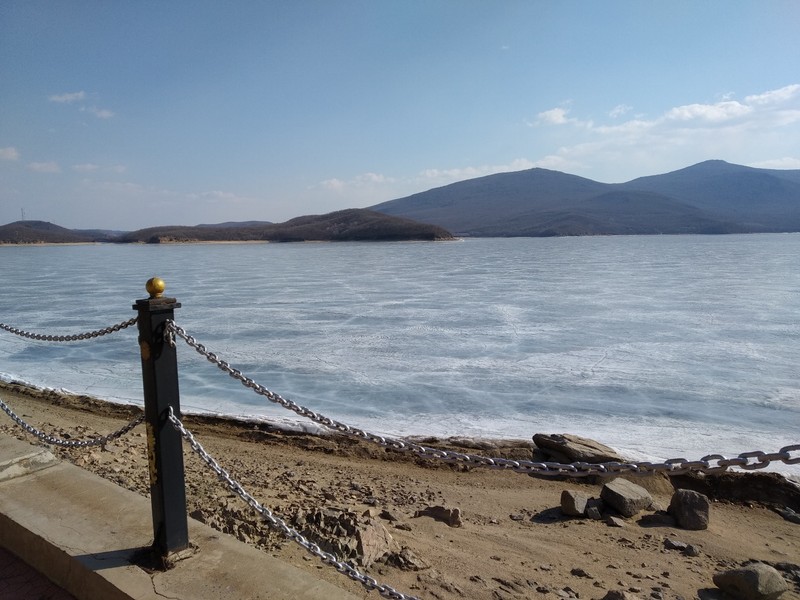 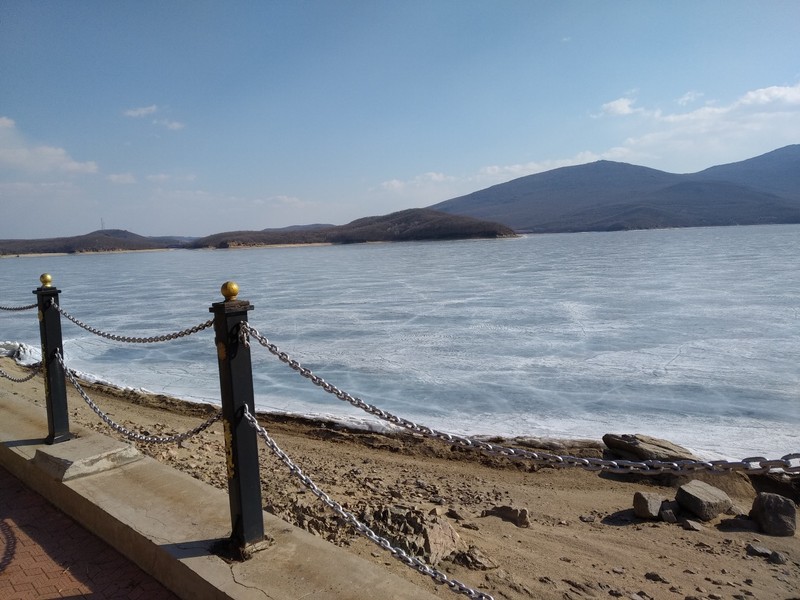 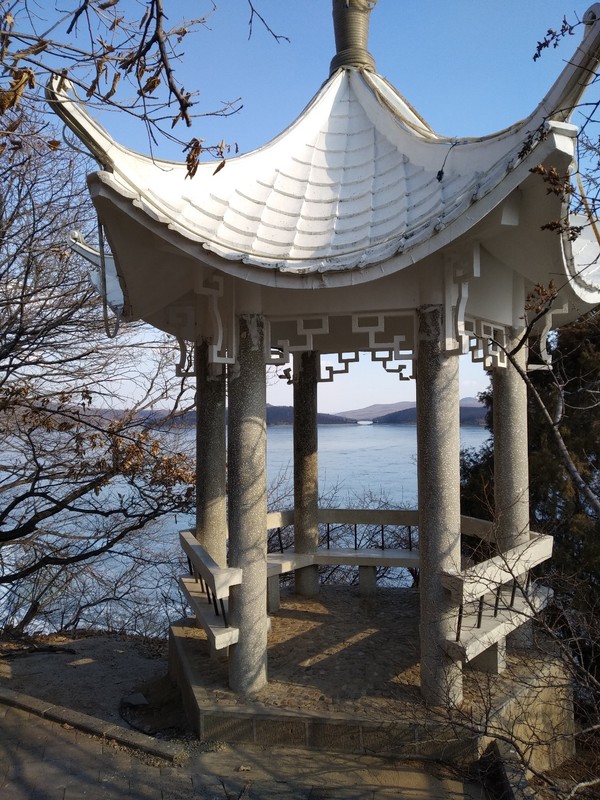 I asked an idle bus driver if there were any hotels open. He brought me to the four star hotel, which was the only one open at the time, or so he claimed. It was nice anyway. They gave me a room for 400 yuan which normally went for 1000 or more. I had a nice foresty view and slept a lot. I tried to stay up for the sunset but it proved impossible. I had had a tough week, couch surfing and trying to figure out what to do with my apartment which was falling down into the ground due to an exploded sewage pipeline. It was nice to finally relax and catch up on sleep. 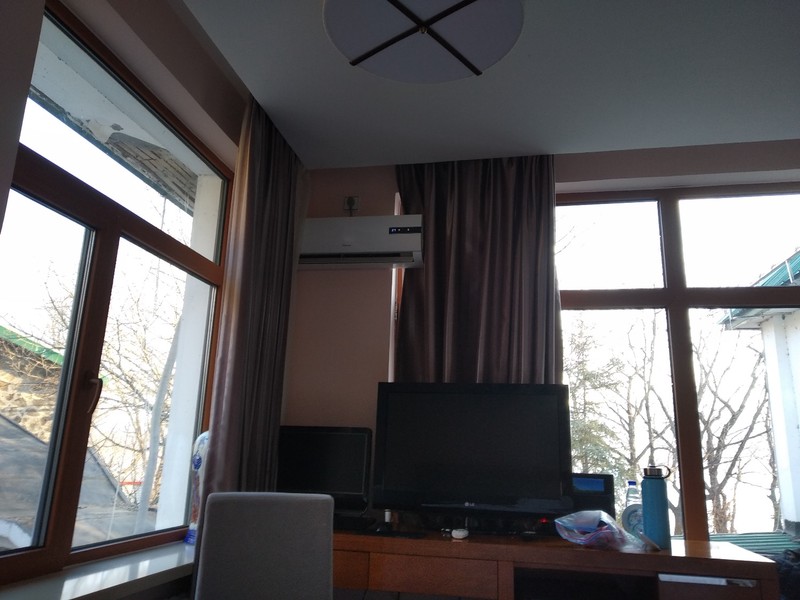 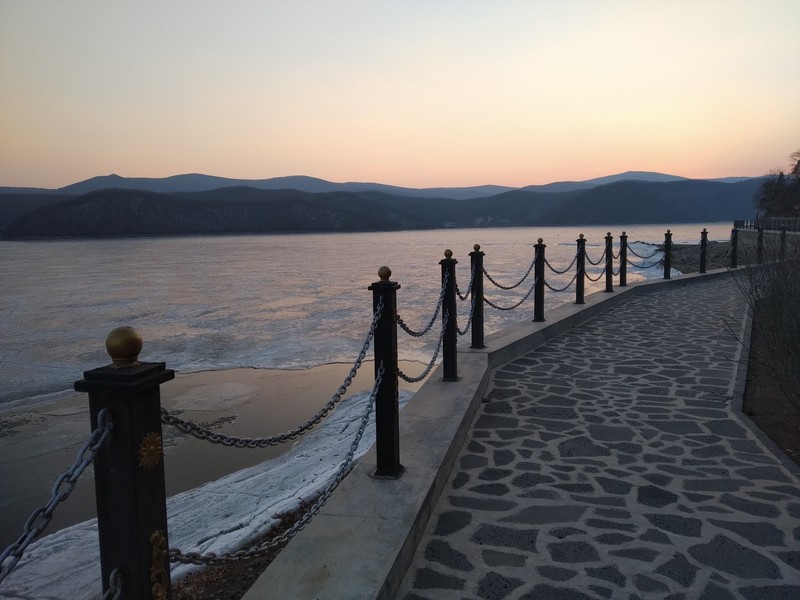 March 2, 2019
The next day I went back to Mudanjiang where I got a cheap little room beside the RT Mart, snoozed, drank wine, ate fruit and snacks and finished typing up my Thailand and Laos blog. 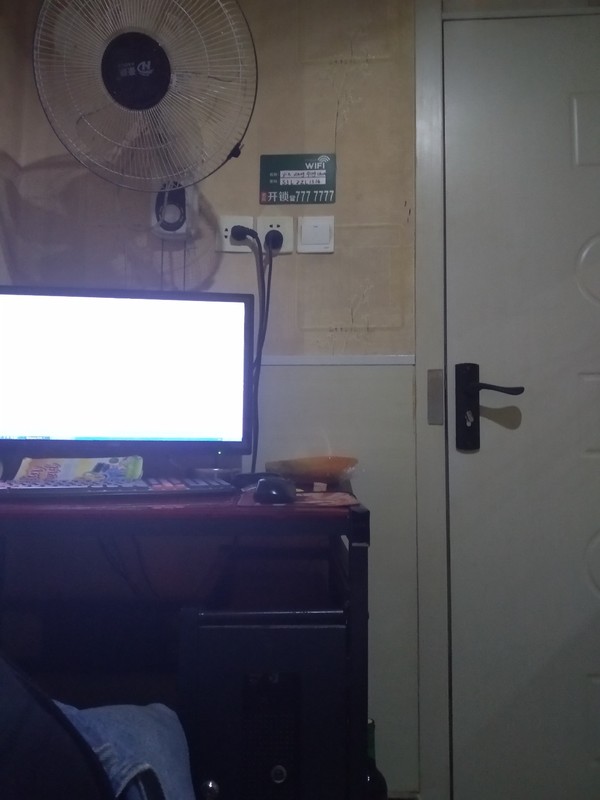 March 3, 2019
I took my time getting ready in the morning and went for an early lunch at a Korean restaurant recommended on TripAdvisor. I had some great kimchi tofu stew and strolled over to the train station. I had a fast train home and couch surfed again at my student Kelsey's house. 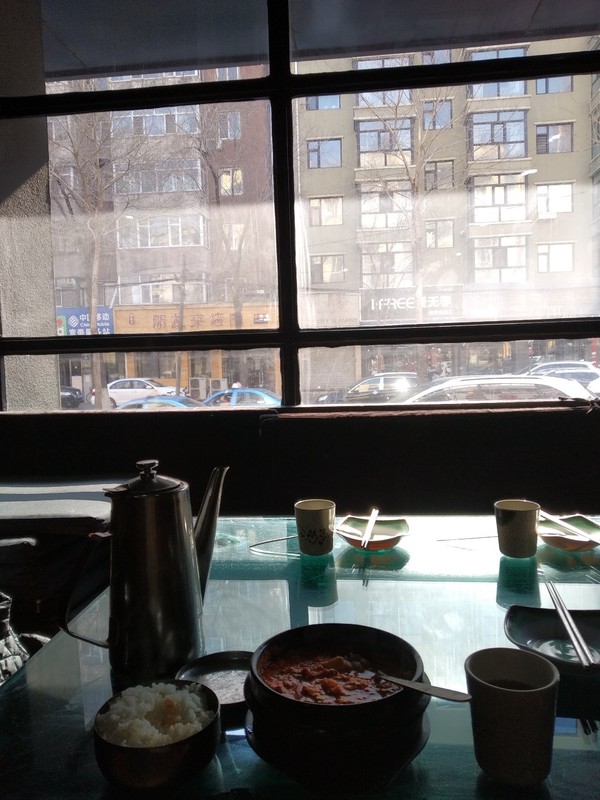 Thanks! Did you see the Laos and Thailand photos are up? Most of them. Doing more right now.

Yup, Your blog is my bedtime reading!