Everything got screwed up

In the morning, mom and I went to Senses Spa in the Americana Hotel.

Before that though, we went to the Thai grocery store to look for the Thai coffee mix that I so desperately want to find. We didn't find it.

We also went to "Liquidation World" and I marveled at the explosion of sex shops now competing with Lilly 'n' Lace on Lundy's Lane.

Anyway, the massage was lovely. I had a "deep tissue" massage and it was worth every penny. I walked out feeling like a dream.

Mom met this lady who she sort of knew in high school in the "sanctuary" room. Basically the waiting room, but with a prettier name. So that was funny.

The only weird thing was that the lady who was supposed to give me a massage got me mixed up with my mom and we had some confusion but that didn't last long.

I also got a free half hour basically, because the massage lady accidentally went for a long time. I guess she doesn't really know what she's doing.

The spa was located at the back of a water park, so we had to walk through that to get to it. There were crazy kids running around because it was March Break. There was also a snake display in the lobby, which was a little unsettling after leaving the spa, don't you think?

For some reason, Mom had an urge to buy me some bras, so after the massage we headed to the La Senza at Niagara Square before it closed. I got three.

Later on, we had tickets to the "dinner and comedy" show at House of Comedy. I put it in quotes because the dinner is a little insulting. You get pasta, salad and a bun with your show. Later I realized that this dinner is not really supposed to satisfy you. It is only a legal ploy, so that if anyone tries to drive home drunk after the show, they can say they tried their best to provide food to their customers.

So, I had seen the comedian the last time I went to a comedy show in Niagara, Larry Smith. He kept mentioning to the audience about how he "really" needs a ride home and also mentioning to the ladies about how he's also "really" good at oral sex. It got really lame after a while. He has a few really funny jokes, but that's about it.

Anyway, we had a nice time with Alicia, Bill and her Hungarian friend, I can't remember his name, sorry. 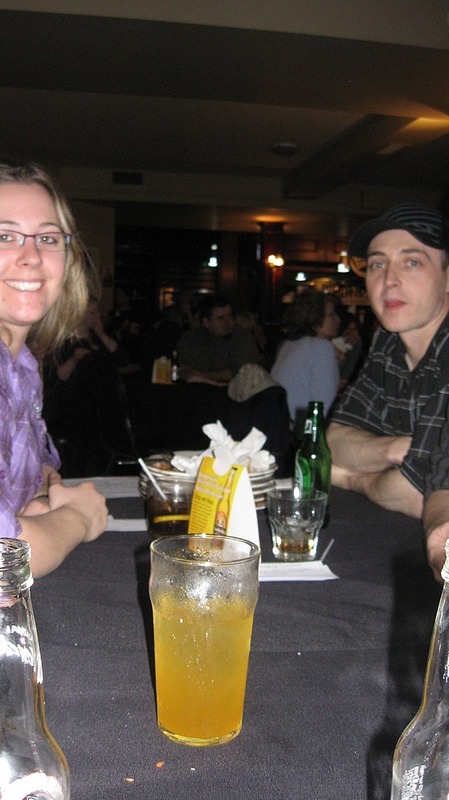 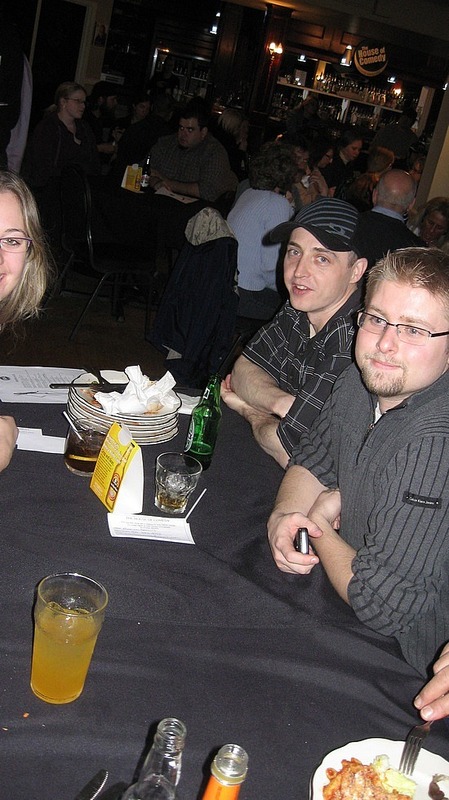 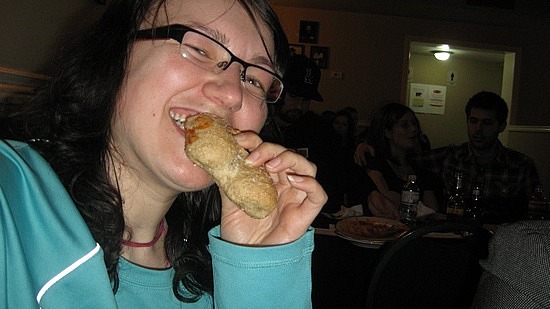 Me vs. cold bun 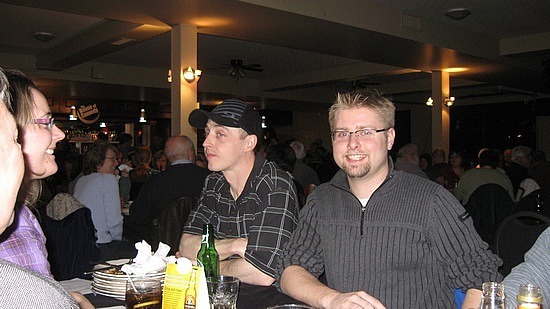 Posted by baixing 17:00 Archived in Canada