I attempted to get to Xucheng on Friday night. It ended up being quite the debacle. I left Jiaozuo at 5, then the bus to Xucheng didn't leave until 9 from Zhengzhou. It was going to leave at about 8 p.m. but a bunch of us stood around and stood around until finally, someone shoved us on a bus that was going somewhere else, and dropped us off on the highway outside Xucheng. I guess that's fine. A man from the bus helped walk me to a cheaper, non-scammy taxi and I met Majun, my host at the main museum in town. He let me sleep in his bed with a nice warm heater inside it.

In the morning, Majun had to go to work and I went to Nanjiecun, "the last Maoist village". It was kind of neat to see the vision that people had about how China should look after the revolution, but other than that, it's not quite worth visiting. Beyond the say, 2 km/sq of cleanliness and order, there are massive piles of garbage and chaos outside the walls of the town. It seems like the vision is unsustainable, at least the way it's been realized this time, anyway. I bought some chocolates and beer from the factory there. I gave the chocolates to Majun and drank the beer in the park when I got back. It was gross. The chocolate was good, communists make good chocolate.

The giant impressive museum downstairs from Majun's house had a great exhibit on the history of Xucheng and Henan province. There was also "Xucheng man" and ancient paleolithic man that was dug up there in 2007. I was really impressed by the English translations on the signs in the museum. Nowhere have I seen such perfect grammar and use of idioms. Nice going Xucheng.

After that, I waited in the park and talked to random Chinese people while I waited for Majun to finish work. I had texted him in the day and didn't get an answer. I started to think he was dead and that maybe I should just catch the bus home already. Instead, I waited well past 6 p.m. and got too hungry, so I went for some noodles. After eating the noodles I STILL waited some more and finally he called, wanting to know if *I* was OK. Ummmm, yeah I texted you all day. Oh wait... hold on.... yes... I just got them now. Weird Chinese phones. Further reinforcing my belief that phones are more trouble than they are worth. But, nevertheless, we found each other and had some eggplant and coffee and went to sleep.

On Sunday morning, I walked with Majun to work again, and took the bus home. There wasn't a bus leaving for Jiaozuo until noon, so I just went to Zhengzhou, but this was a bad idea, because I probably got home at the same time as taking the 12 oclock bus. Oh well, next time I'll get the direct one. 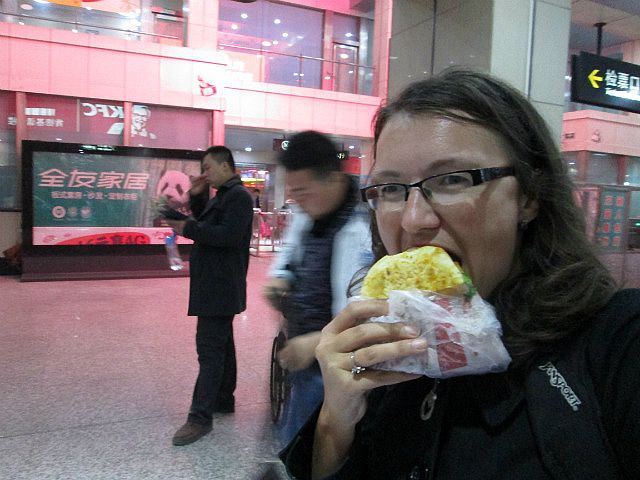 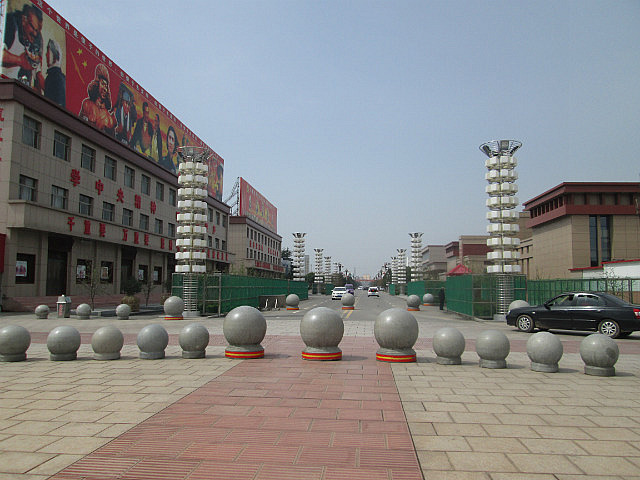 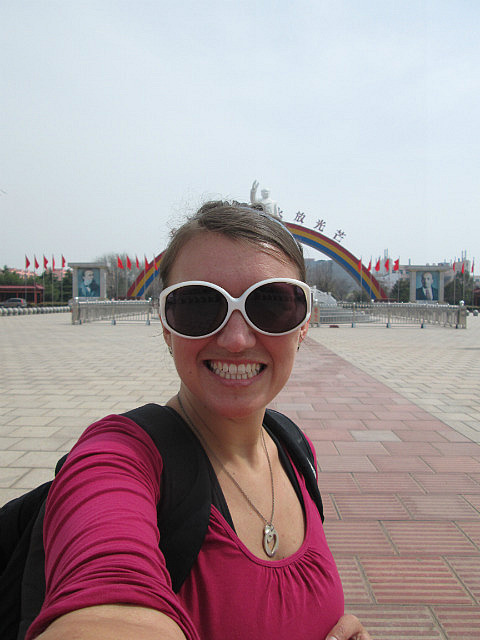 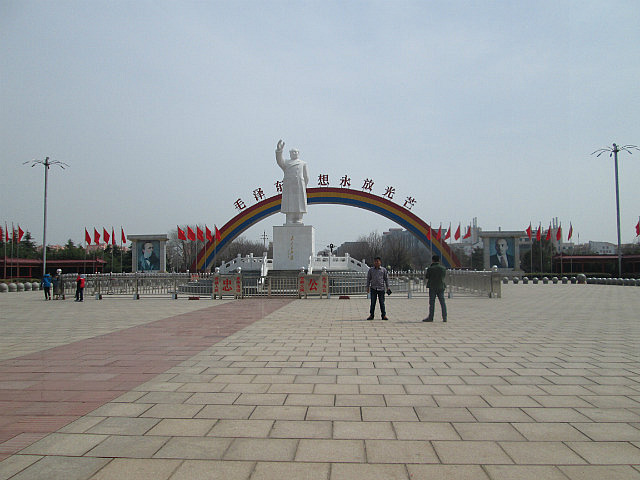 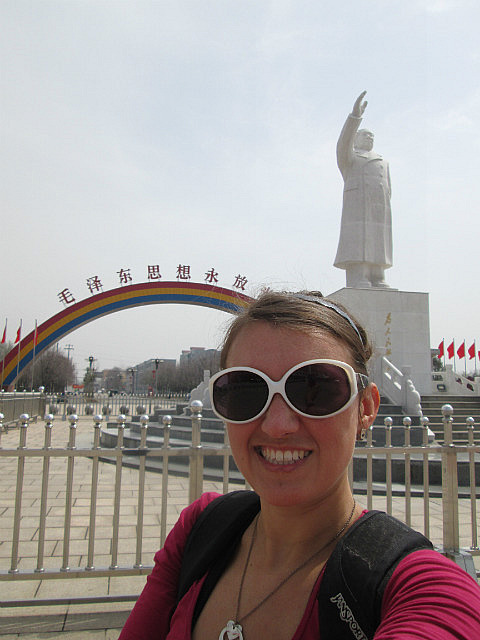 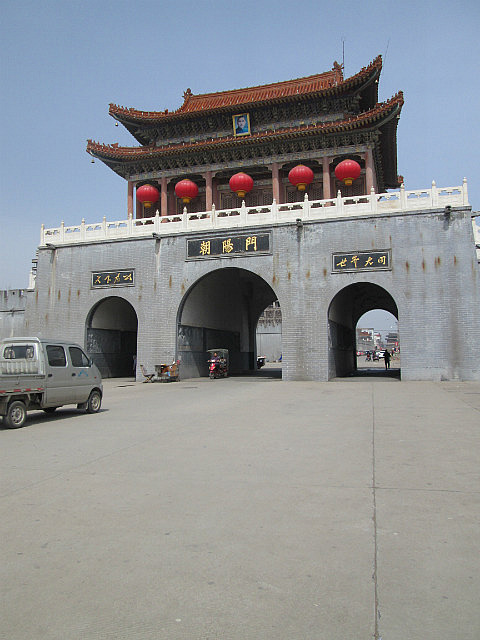 An old gate in Nanjiecun 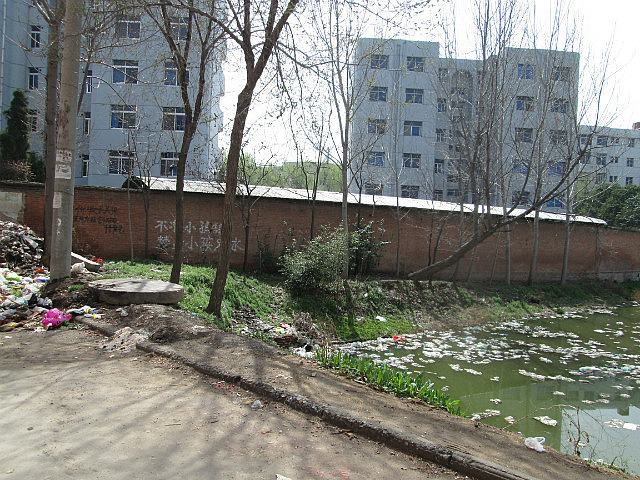 The dream is shattered 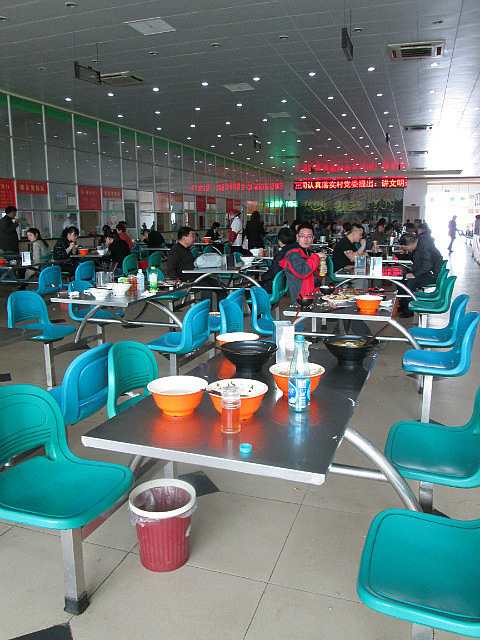 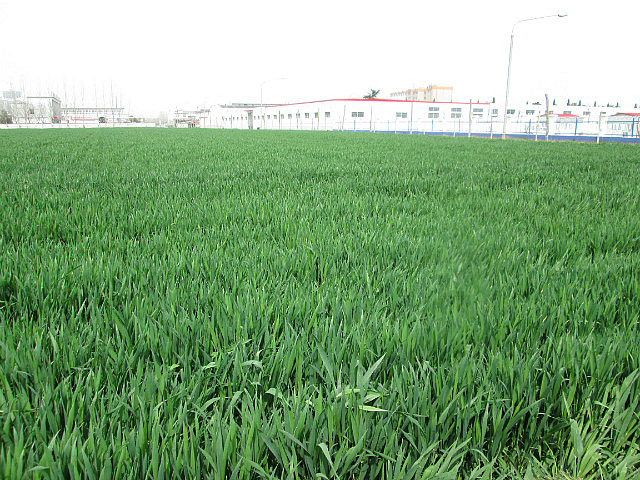 Some field of something 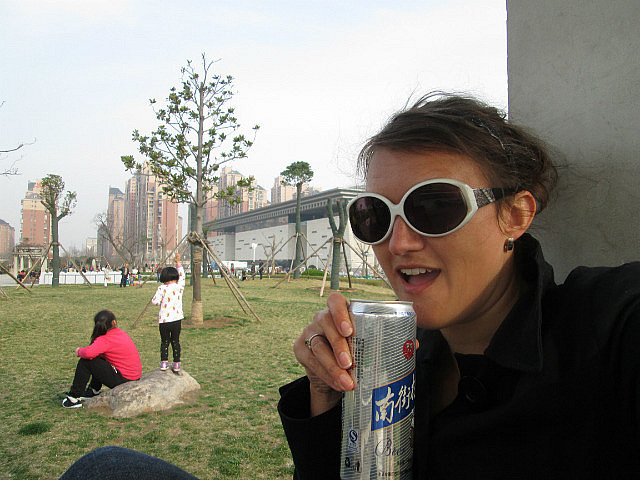 Me vs. communist beer 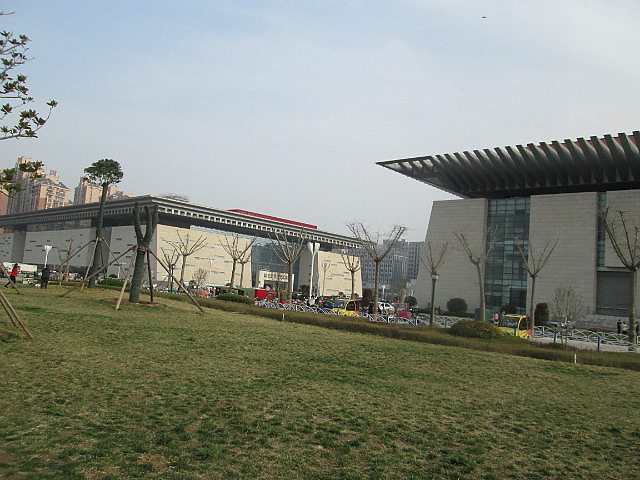 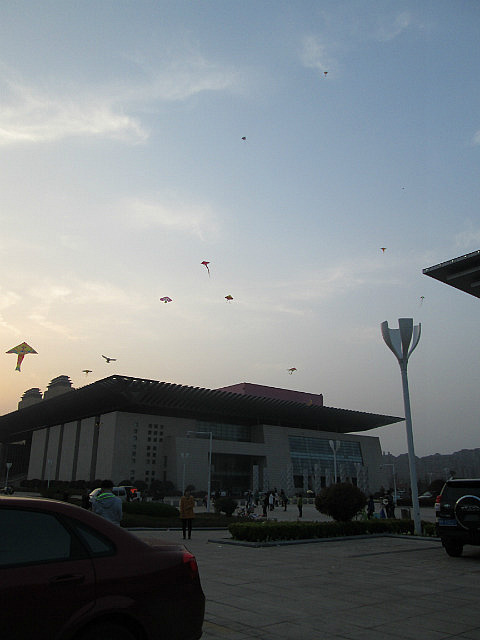 The museum and kites 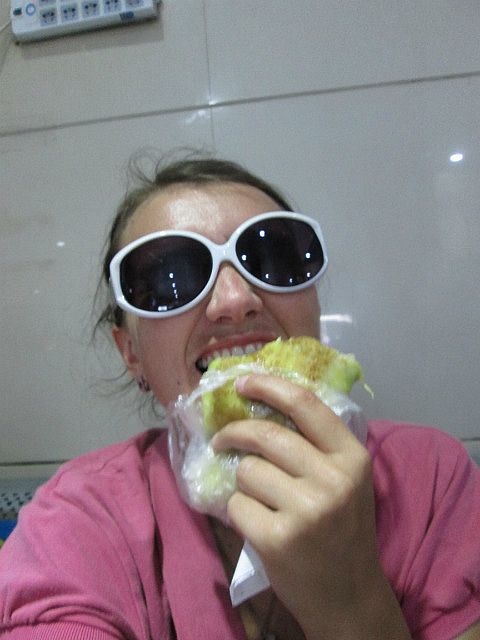 Me vs. Chinese crepe

Posted by baixing 17:00 Archived in China