Extended the visa and beer "festival"

My boss' son drove me to the police station to renew my visa for another three months. I was a little worried it wouldn't work, but the police officer was more interested in planning his weekend with his friend on the phone than actually reading my application form. He just stamped it without looking at anything and we left with a fancy new sticker in my passport.

I had already bought a ticket to Florianopolis for the weekend again, but I learned that there would be a beer and hamburger "festival" in town the day after I bought my ticket. I asked boss' son if he could stop at the bus station so I could cancel my ticket and he was nice enough to do that, so then I went to the party on Saturday instead of Florianopolis.

As I was walking there, Deleon my ex Portuguese teacher saw me in his car and brought me to the festival. I ate a churro and tried each of the three beers on tap. I was a little bewildered. Three beers does not a festival make. I was disappointed and not in the mood for the band, so I watched only a few songs and then went home. 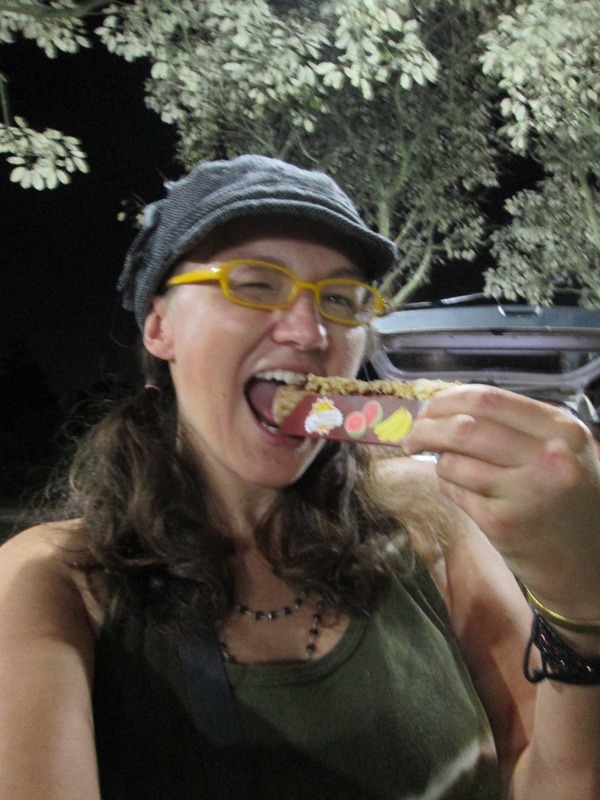 Me vs. strawberry churro 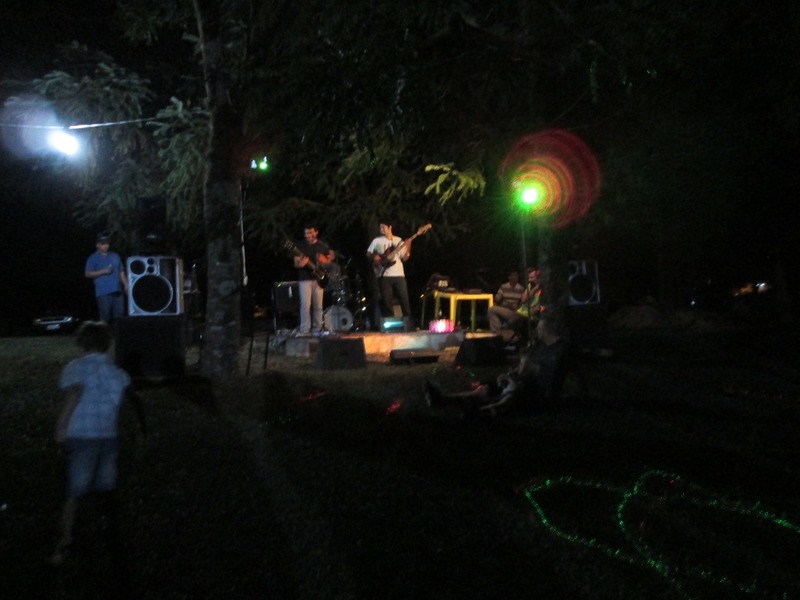