Hiking in Pico do Marumbi Park

I had to meet my parents at the airport on Sunday, so I went to Curitiba to see Franciele again. I had an idea to go to Pico do Marumbi Park together because my guide book said not to go alone. There had been some armed robberies there in the past.

Franciele was happy to get out of the city, if only for one day, so we took off in the morning for the park. A man was selling pinhao on the way there and we picked up a bag of them to enjoy for breakfast the next day.

We drove down a windy mountain road, all the way to the bottom and then parked our car on a dirt road somewhere near the park entrance. We took the chance of getting our car stolen or towed, and didn't bother parking in the paid parking lots.

We followed the main path and climbed all the way up to the railroad tracks. There was an old seemingly abandoned station, which led to another functional train station. We got a little lost, because we followed the train tracks to a bridge, which we crossed, but it was terrifying for me. When we came to a second, more dangerous and terrifying bridge, I convinced Franciele to turn around and go back. Fifteen minutes later, of course, a giant freight train came barrelling down that same bridge. If we hadn't turned around, there would have been a huge problem, which might have involved jumping off the bridge and perhaps dying.

From there, we hiked up the mountain to a small waterfall. The park ranger told us we could go and see a nice waterfall and it would only take 1.5 hours. It was not easy, we were basically scrambling up the whole way. However, it was a lot of fun, like climbing a giant playground obstacle for hours.

There was a point when the mountain "trail" became about 85 degrees and we got really tired. But (!!!) we hadn't seen the waterfall yet, or so we thought. The sound of the water was getting further away the more we climbed, so we figured that we must have passed it. When we climbed back down we realized that yes, this small stream must have been the "waterfall" the park ranger described to us. We laughed and then sat down on the rock and ate the best cheese sandwiches of our lives.

The way down went by really quickly and soon we found ourselves at Franciele's car again. It didn't get stolen or towed and we were exhausted, but hungry for some barreado in Morretes. It was a nice night and there was a farmers' market, so we bought some cachaca and banana candies for my parents and wandered around until we found a restaurant serving the delicious beef stew. We also got a nice cold beer and enjoyed the rest of the night nursing our tired legs.

Franciele drove back and we went right to sleep. 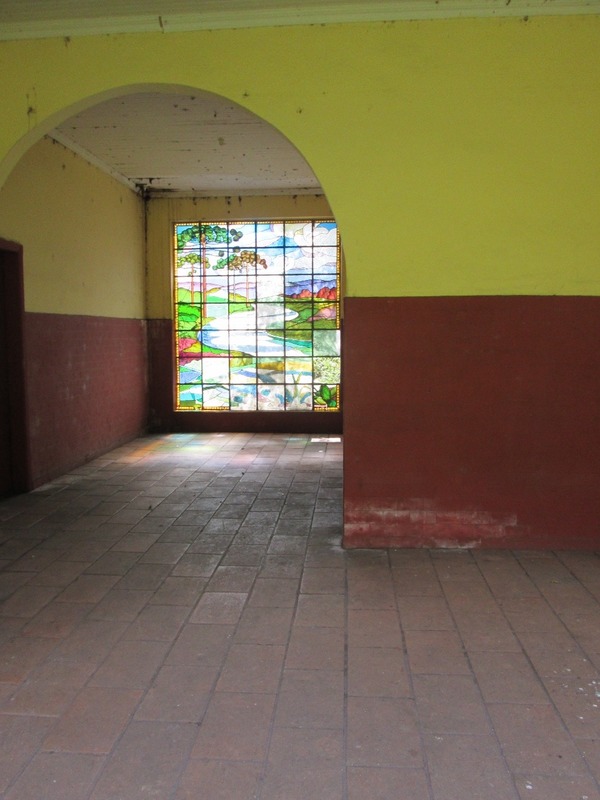 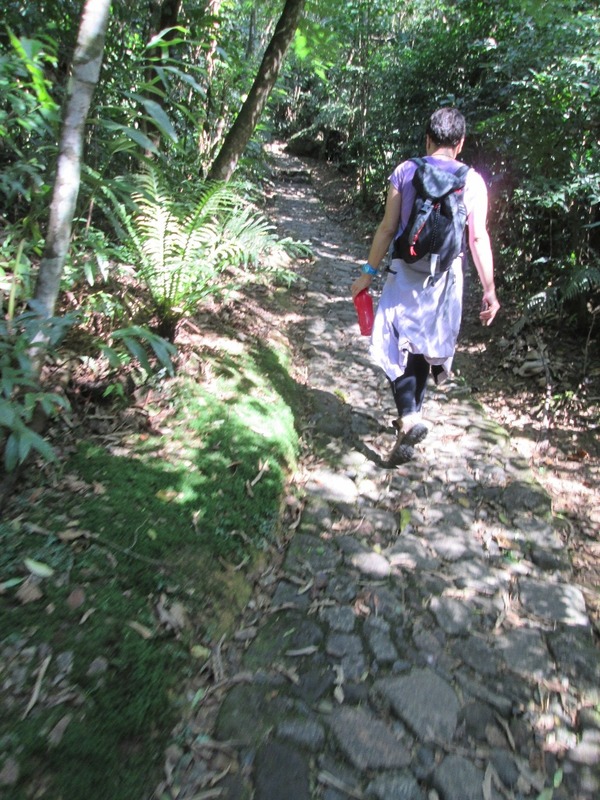 Franciele on the path 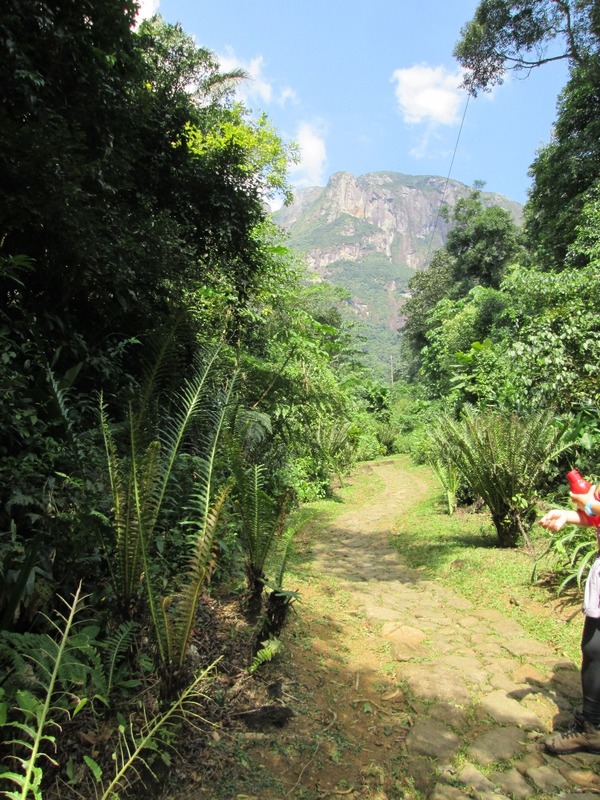 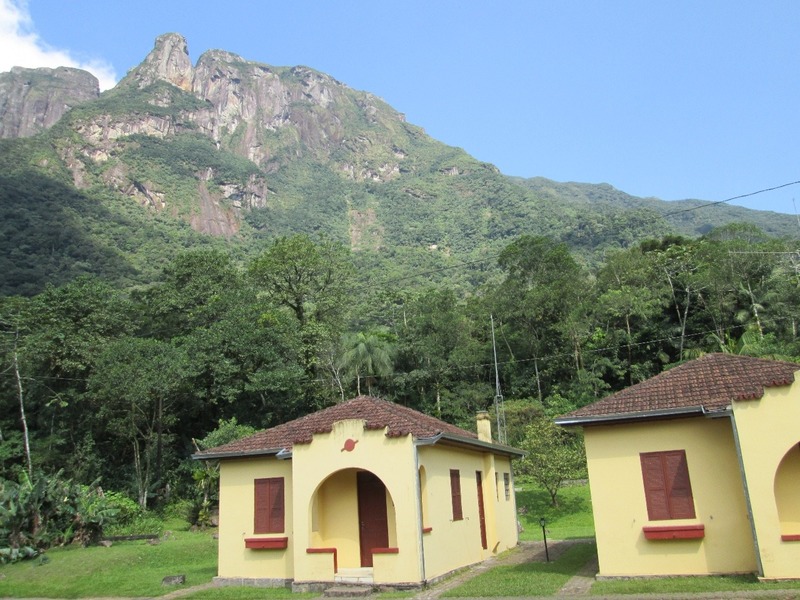 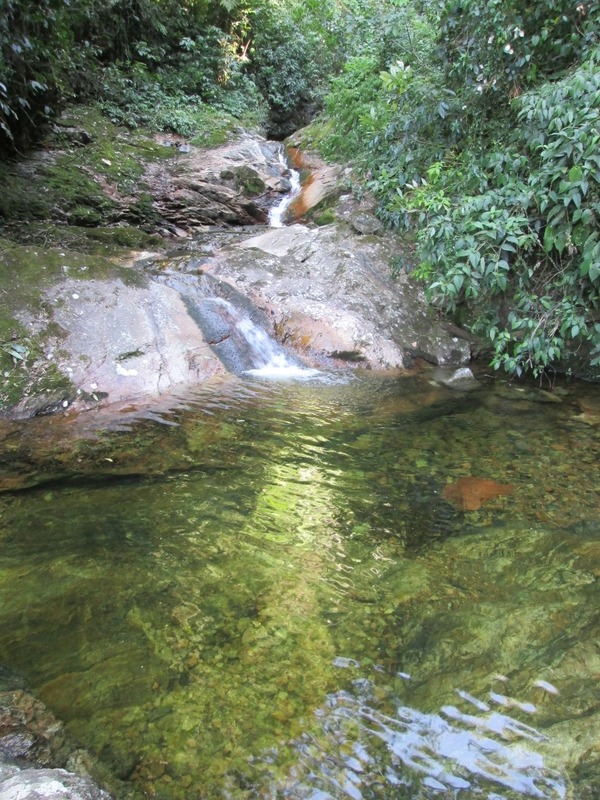 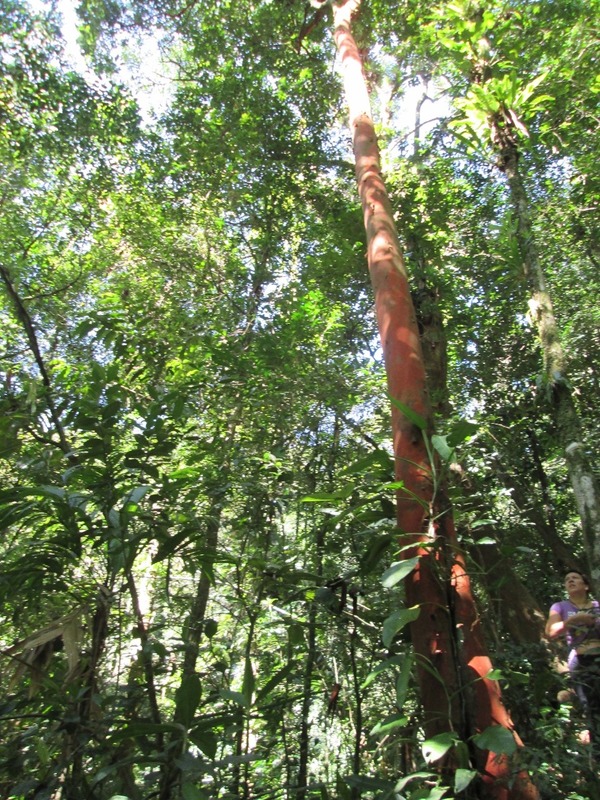 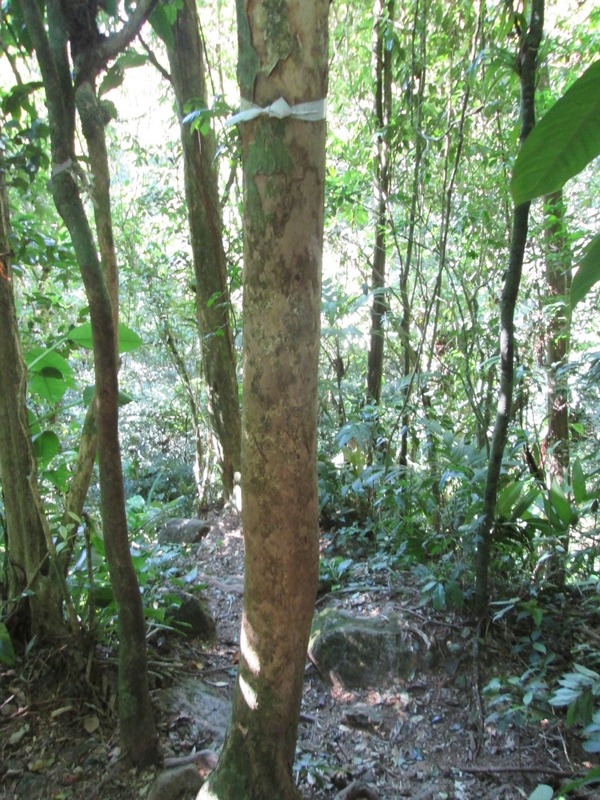 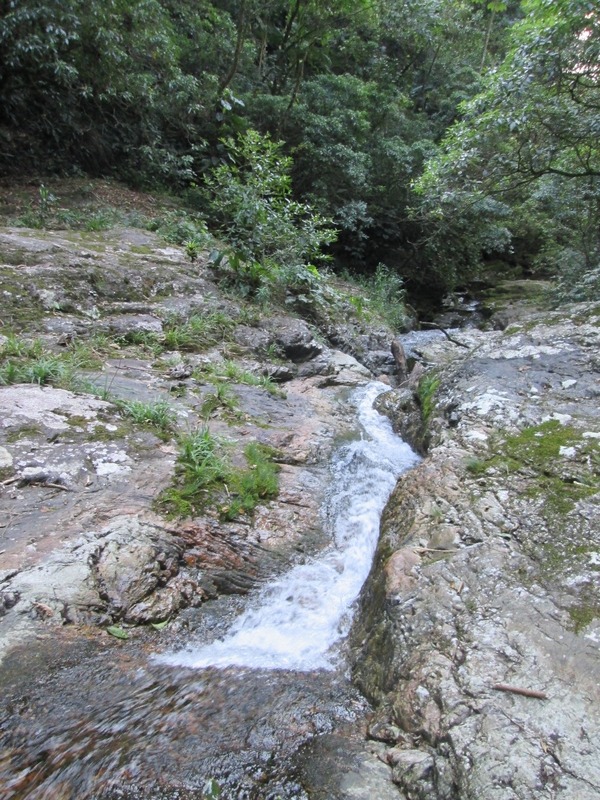 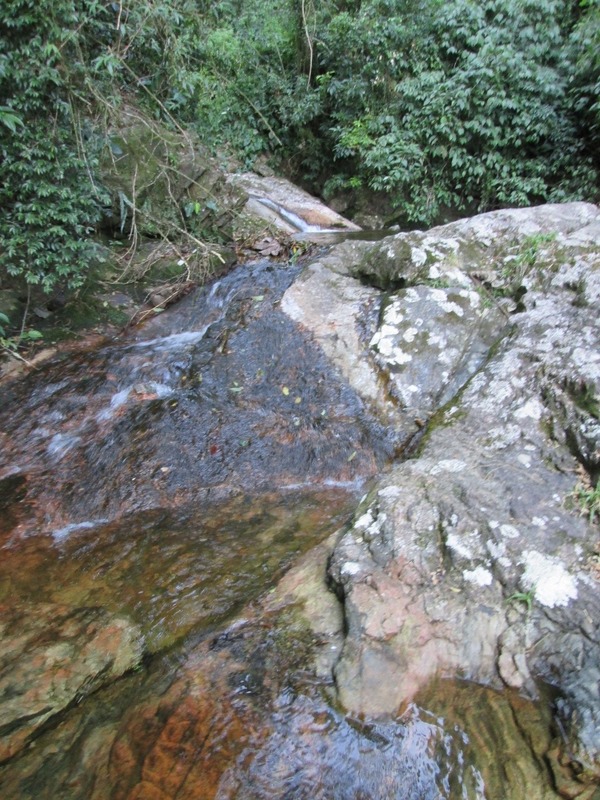 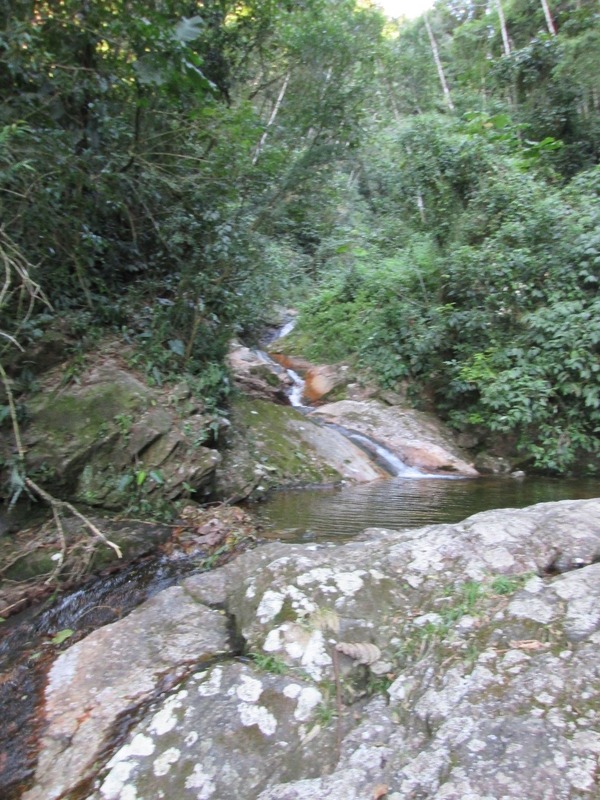 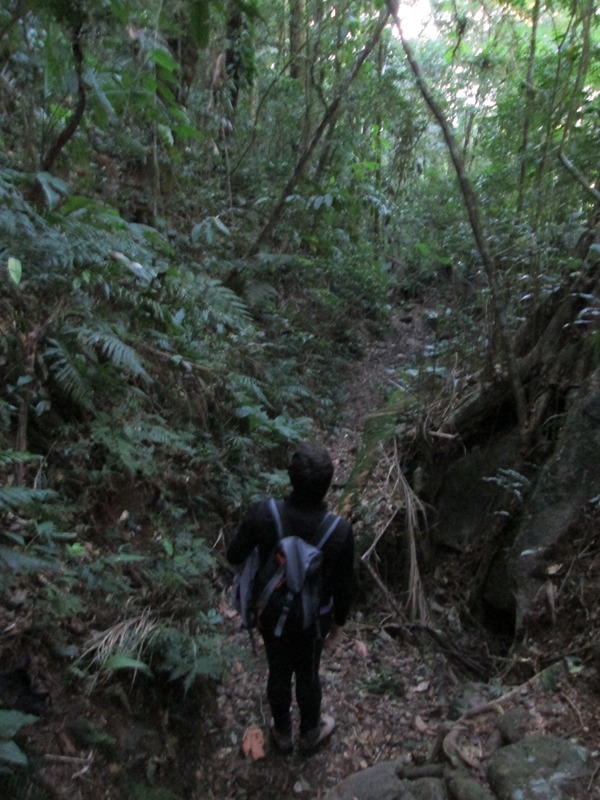 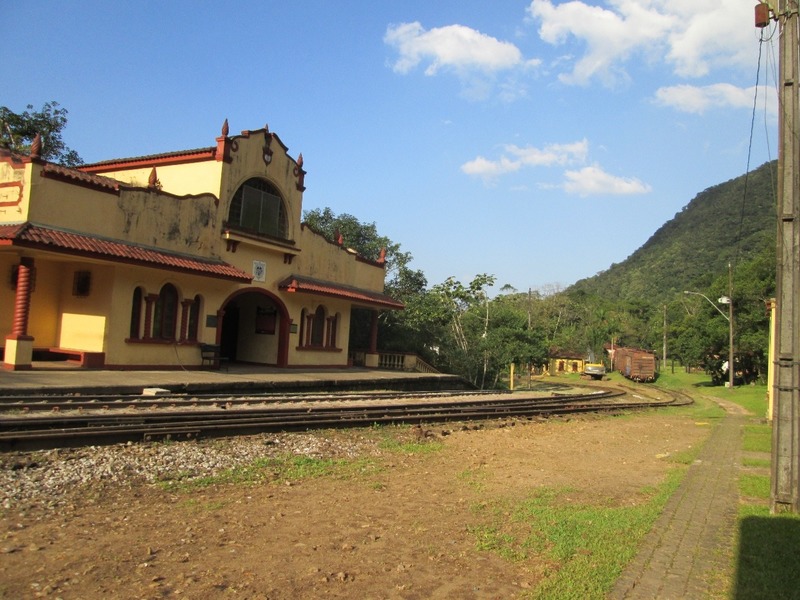 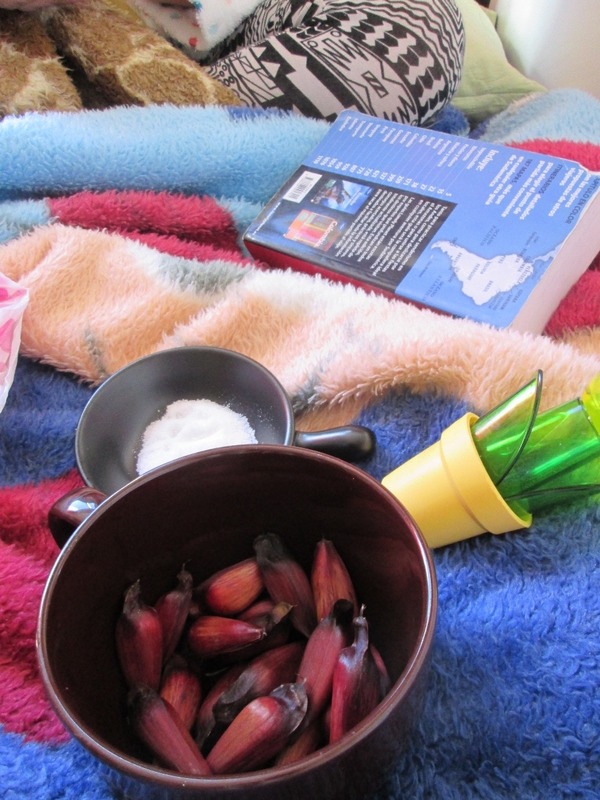