Day trip to the countryside

One of my students, Wendy wanted to go to the countryside this long weekend. Her friend Sheena lives on a small farm, and we'd only have to travel about 45 minutes, so I could go even though I didn't have my passport. It's currently in Beijing, getting my new work visa stamped into it.

We took the bus at 7:40 a.m. and Sheena met our bus on the side of the road, we took it until a small town, which had an unkempt temple. 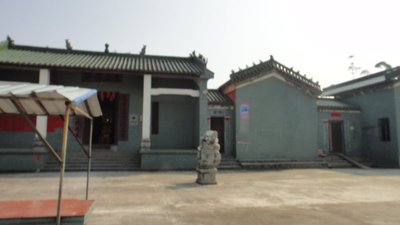 Wendy, Sheena and her sister burnt some incense and we walked back down the stairs in the scorching heat.

Next, we hired an Uber (Didi in Chinese "little brother" how cute) to take us to the childhood home of an important general who fought back during the Japanese invasion in Shanghai in 1932. The driver waited for us while we walked around the grounds in slow motion. It was so hot, moving quickly was not an option. 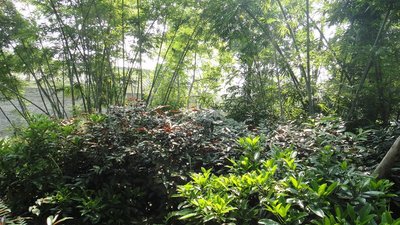 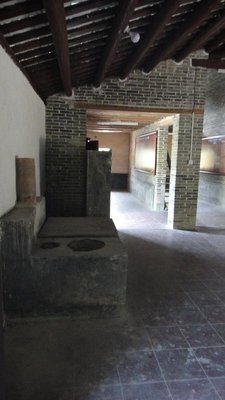 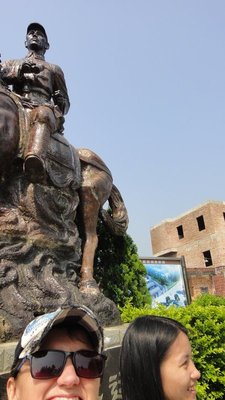 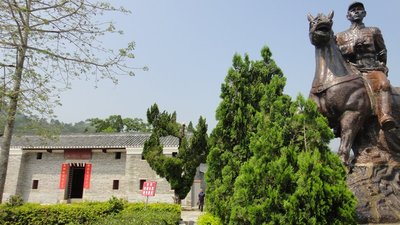 Our driver brought us to another temple, which was gearing up for the dragon boat festival. 20,000 people were expectd to attend, but I got kicked out again, because I was wearing shorts.

There were some nice rice fields nearby, so I took more photos for Jeremy. Some of them are already almost ready to harvest. 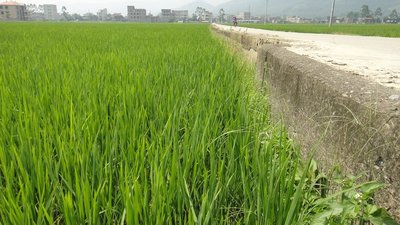 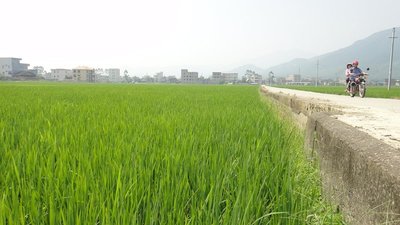 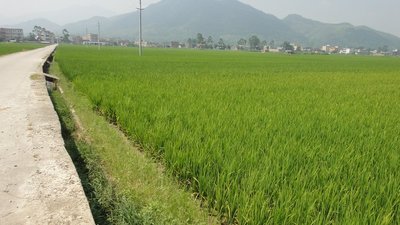 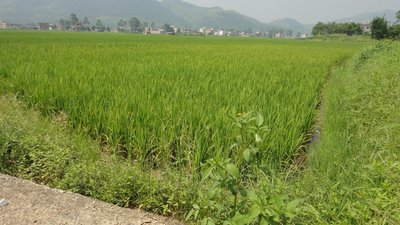 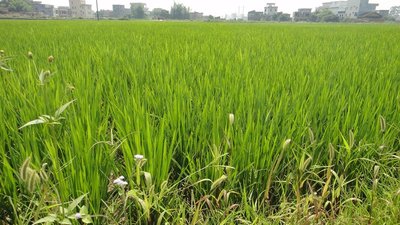 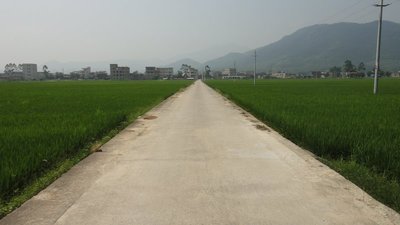 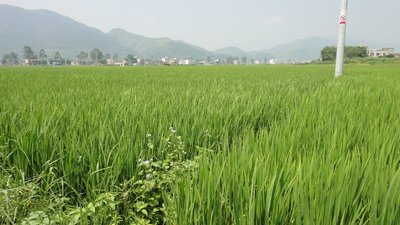 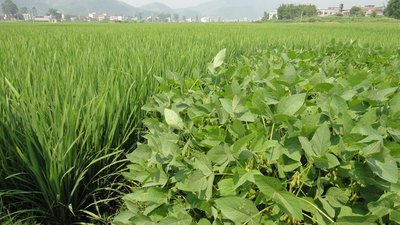 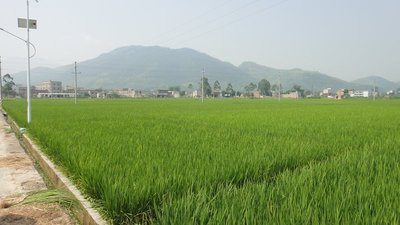 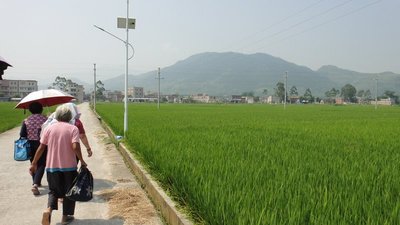 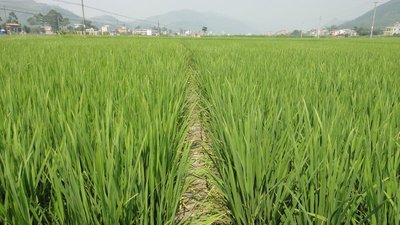 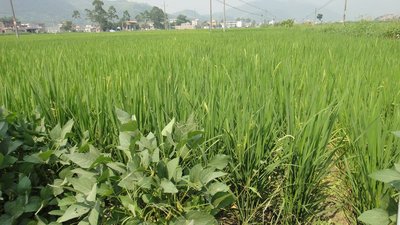 We ran to the bus which stopped just as we made it back to the road. I fell asleep sitting straight up, and even had a couple bizarre dreams on the short bus ride back to Sheena's house. The heat was so stifling I couldn't stay awake.

Once we got back, Sheena's mom had lunch ready for us, of fried fish, pork and green beans. Delicious. 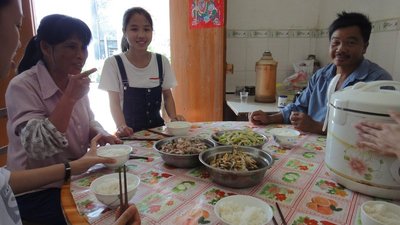 I slept for three more hours and Wendy slept for two. She was feeling sick, so we went back home early. I was invited to stay overnight, but when I told them I didn't have any clothes, they just laughed and told me to go home. We came to this conclusion after a very long discussion. I'm supposed to go back again in a week or two, we'll see if that transpires or not.

Waiting for the bus back home on the side of the road, I was swarmed by midges, which Wendy told me lived in the cow poop that I happened to be standing on. Oh... OK, thanks for the heads up. I noticed my left cheek and legs were covered in the bites, that I had acquired after only 10 minutes of waiting there with bare legs. Sigh! They burned so severely I wanted to die. The next couple days I spent filling myself with antihistamines again. Reminding me of the horrible midges in the southern interior of Brazil and on the coast of Cambodia.