On the road to Mont Laurier

So, I decided to do some random couchsurfing in Quebec for the weekend with Aksana.

On Saturday morning, she showed up at my house with her husband Denis.

Earlier in the week, I had picked Claude, who lives in a secluded cottage on Lac Marquis. It was really beautiful and he was exceedingly welcoming when we got there, but alas, we had to have some poutine before we did anything else.

Claude laughed when we told him what we wanted, so he told us to go to Touti, one of the two restaurants in town.

He even gave us three bikes that we could borrow for the afternoon. So we set off, but his dog kept following us. At first it was fun, but when we got to town, he kept running into oncoming traffic! Agghhhh!

While we were eating, Denis got up every so often to make sure the dog was not running into the street.

There were lots of people driving on the road on ATVs and even a crazy bachelor party in the back of a pickup truck. Typical northern Quebec.

After that was done, it started to rain, so we had to wait for a bit before going back.

When we got back, everyone was going crazy swimming in the lake. We all just hung out and watched the kids jump off of the dock. I didn't really get along with Claude, because he had a lot of separatist tendencies. I don't really care for Quebec staying in Canada myself, but come on, I think we are over it by now. He must be stuck in the nineties or something, because he also kept playing a bunch of lame early 1990s music.

Other than that, Claude was really cool. Most of his friends also didn't speak very much English, so they liked Aksana a lot better than Denis and I. She can speak four languages.

Claude even prepared a barbecue for everyone and we went for ride in the boat around the lake.

After that, it was time for a nap. The nap would not last very long, because all the kids started banging on the drums and doing weird karaoke. I went out on the dock and tried to sleep there, but there were toooooooo many mosquitoes.

When it got dark, we had a campfire and Claude and his friend played lots of French songs on an acoustic guitar. It was very nice. 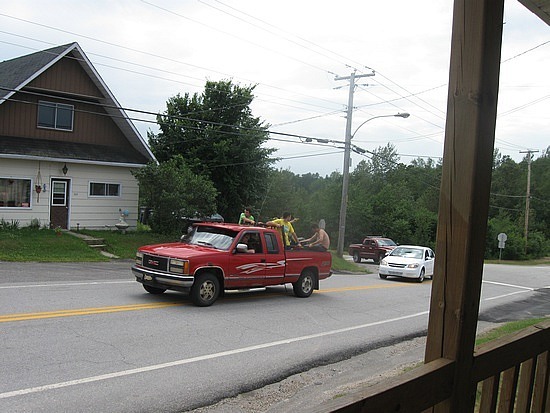 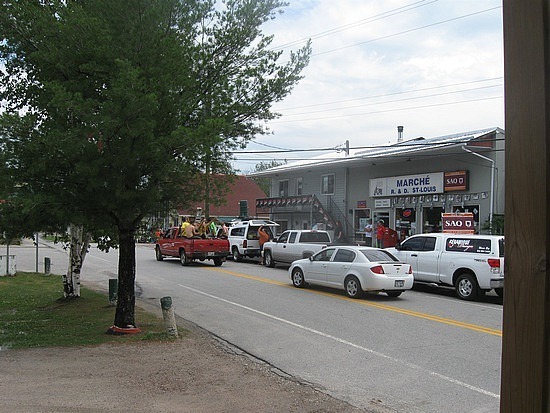 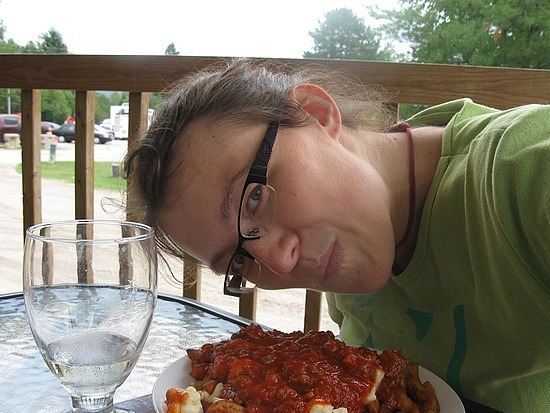 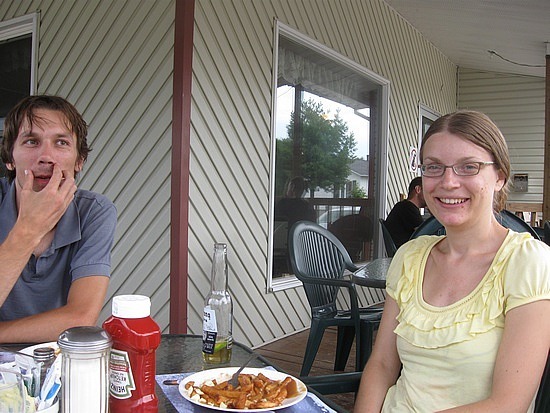 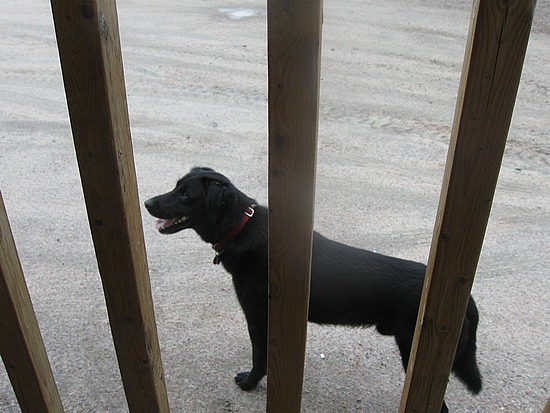 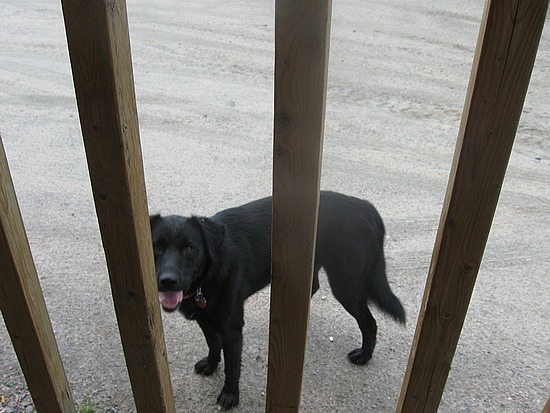 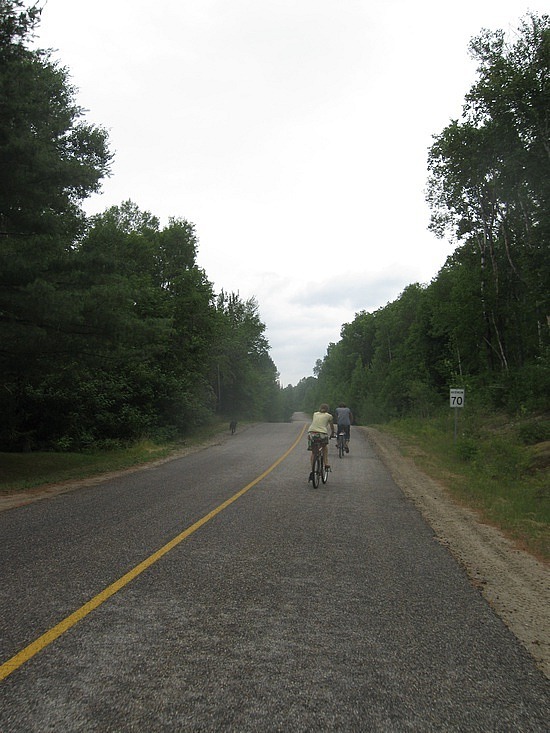 Aksana and Denis on bikes 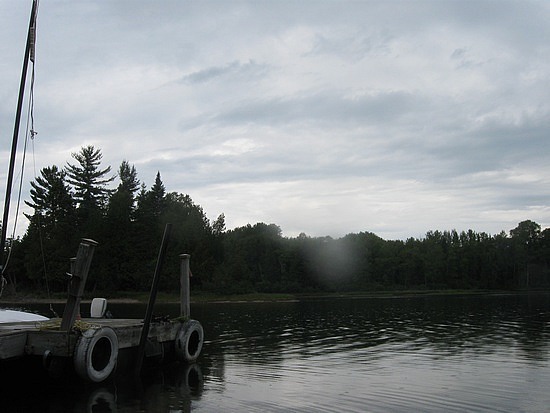 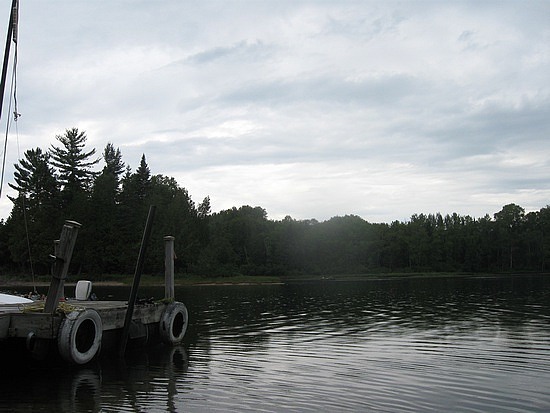 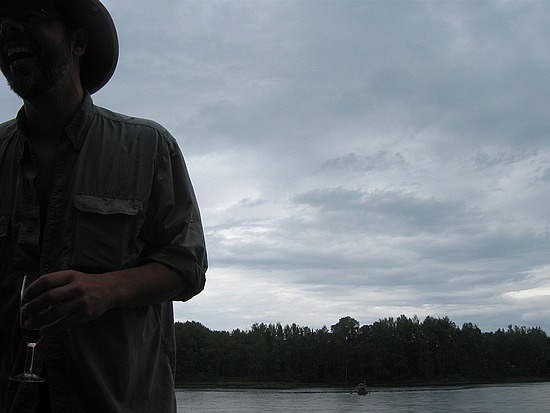 Claude at the lake 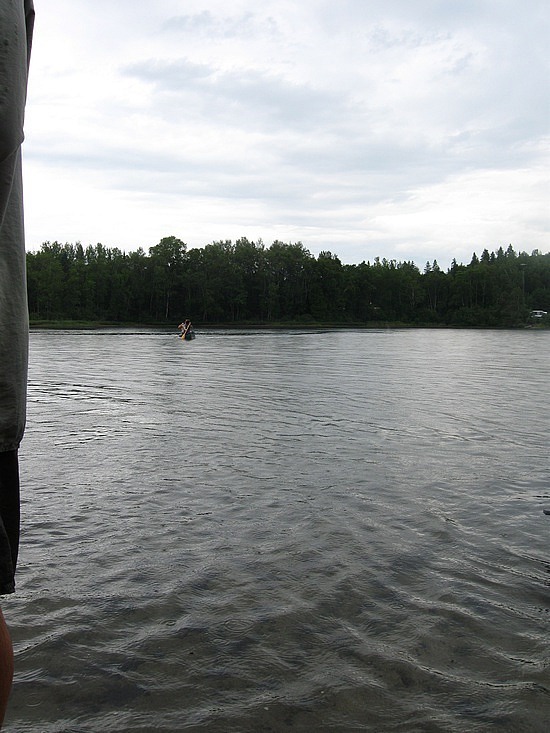 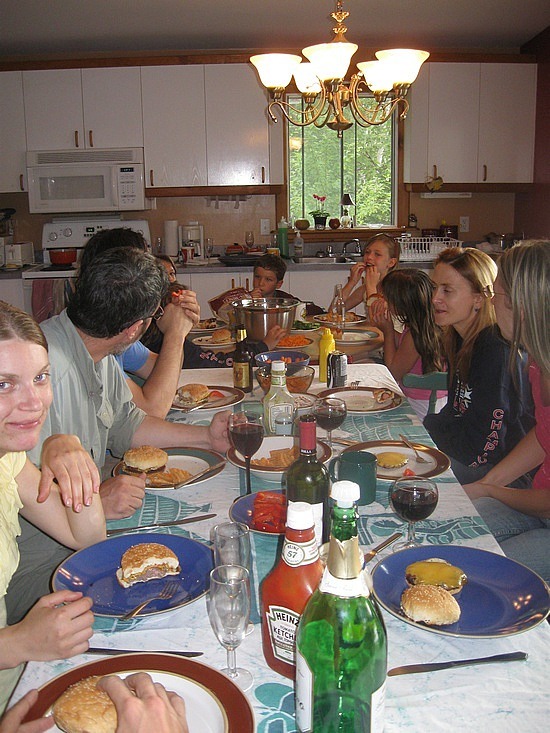 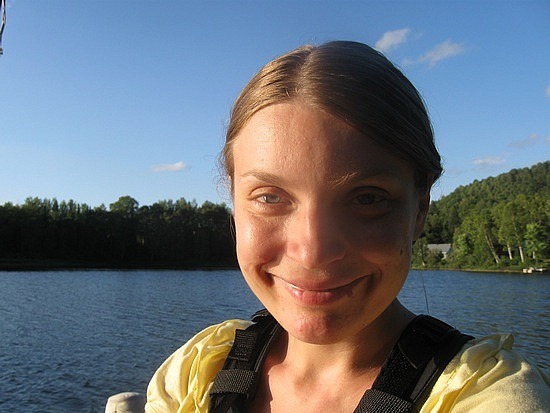 Aksana in a boat 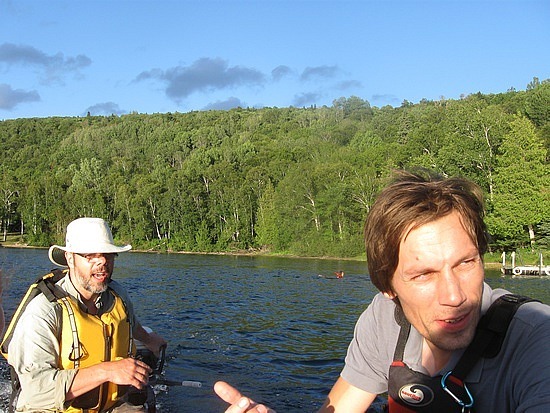 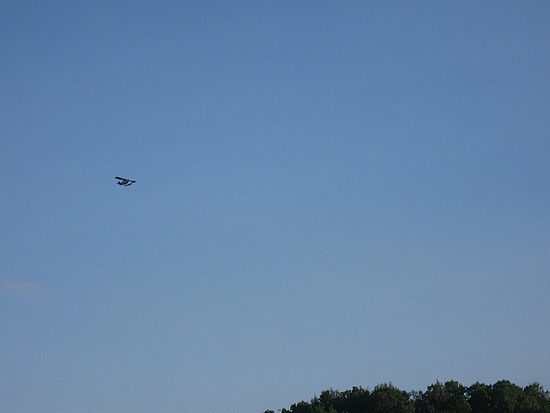 An airplane over the lake 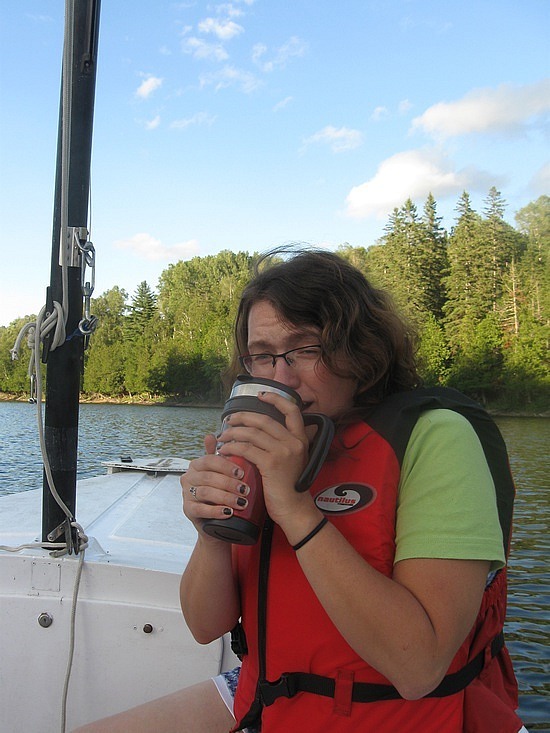 Me vs. hot vanilla tea 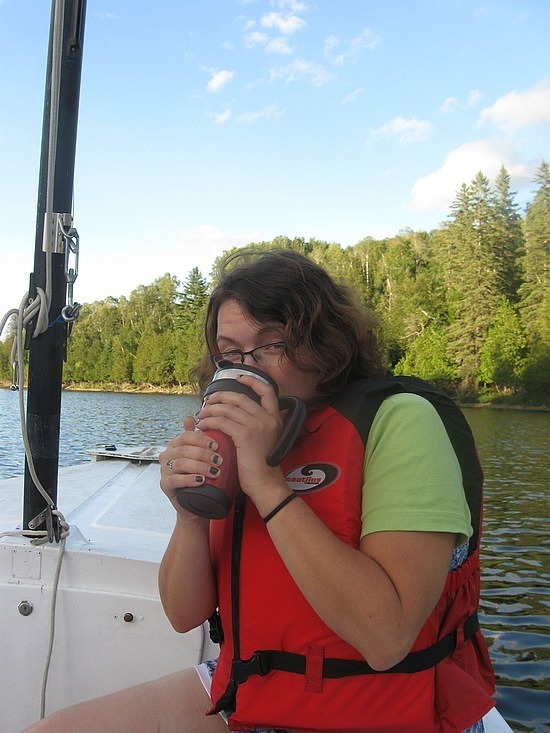 Me vs. hot vanilla tea again 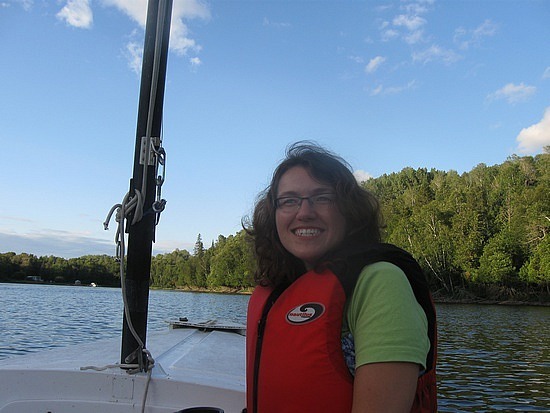 Me on a boat 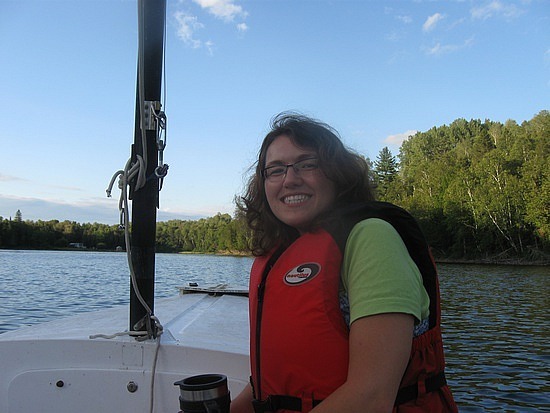 Me on a boat again 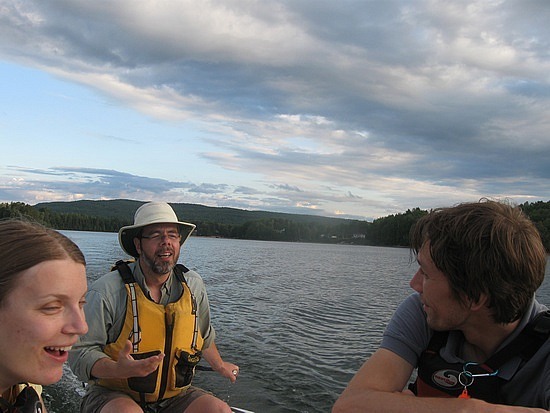 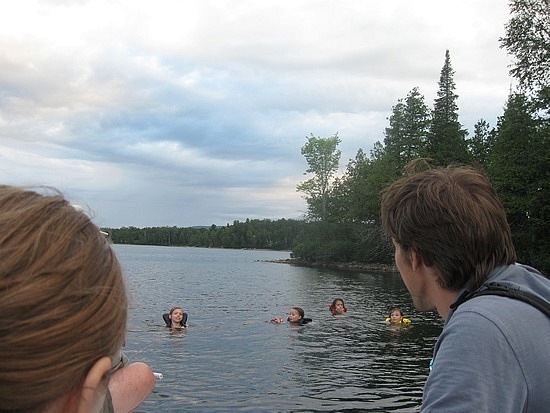 Towing the kids to shore 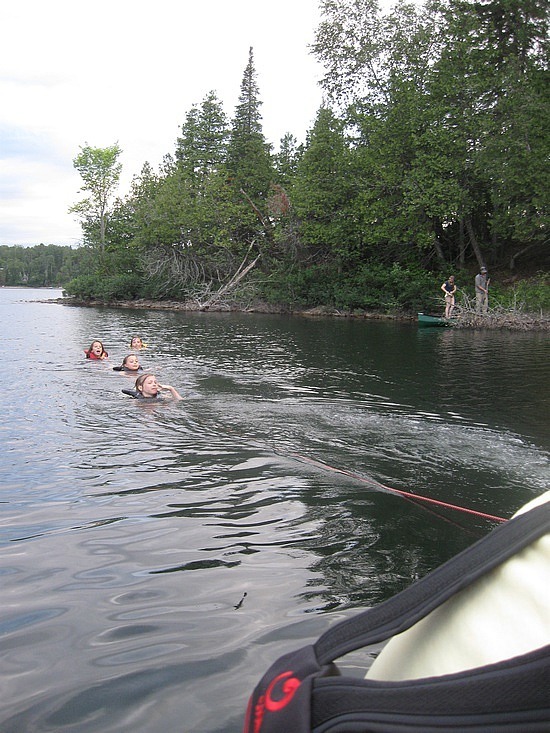 Towing the kids to shore again 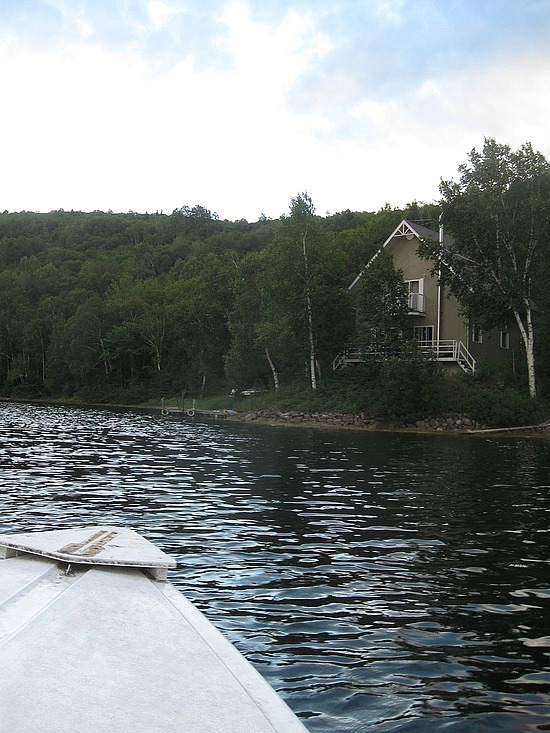